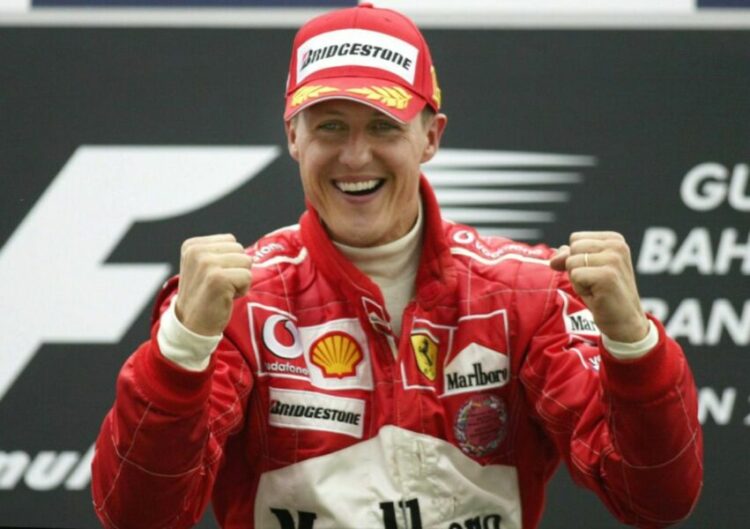 Michael Schumacher, a German former racing driver, who suffered a severe brain injury in December 2013. Before this horrible accident, he won the world of F1 with his talent and unbeatable records. Fans from all over the word recall about Michael Schumacher as they wish for his speedy recovery. But there’s a one fan who showed his dedication and commitment towards sports and Michael Schumacher by collecting 325 individual model cars for almost 30 years.

The fan even managed to get his hands on a limited edition F1 Ferrari along with Schumacher’s racing suit.

This extraordinary collection is finally going to be presented in an auction hosted by the High Street Auction Company and has been described as the latest and most detailed car collection.

The great lot includes models from 1:43 scale to 1:10, in die-cast and to-be-built. Business Insider reported that the manufacturers of these cars range from brands like Exoto, Minichamps, Hot Wheels, Art Model, and CMC to GP Classics, BBR, Brmm and Tamiya.

Thomas has been a fan of F1 since watching Michael Schumacher and Rubens Barrichello race together for Ferrari. The 2022 F1 car is one of his favourite design models, and this is how his project went.🚦

The collection is available for sale at four-day auction and will be sold to the highest bidder on the final day.

The auctioner and director of the high street auction told that aside from a handful of the collection, the rest of the lot is no younger than 20years old.

Even, it has never been on shelves for show. The South African fan had some of the lot decorated in his study but most of it has always been boxed for years.

Due to which, he has now decided to share his collection with other fans across the world.