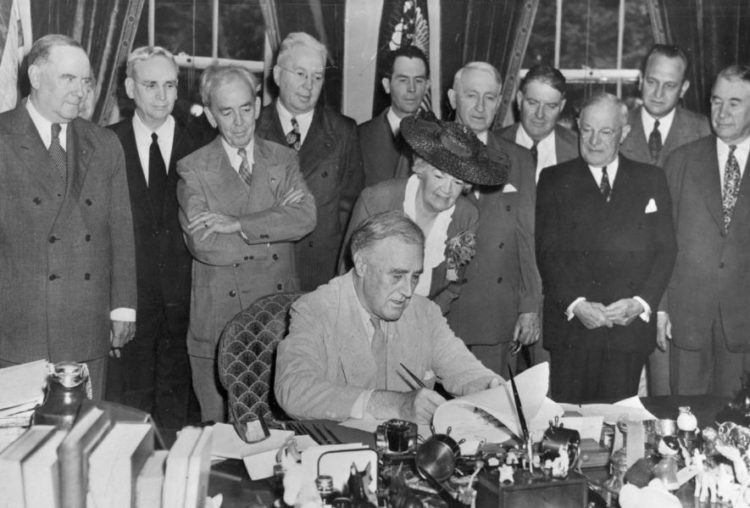 The Serviceman’s Readjustment Act of 1944 also well known as the GI Bill is a law that offered a variety of benefits to World War II veterans. The first GI Bill got expired on 1956 however the term is still used now to identify the programs that assist the U.S. military veterans. On 1944 the Congress enacted the law to reward the wartime veterans. The law passed because of the efforts put by American Legions as they wanted to reward to the veterans for their active services.

The final bill allowed the veterans to get financial benefits and others like low-cost mortgages, less- interest in loans, compensation for one year when unemployed etc. These benefits became available to all the veterans who were on active duty in the war.

By the year 1956 over 8 million veterans benefited from the G.I. Bill education benefits. Then 2.2 million used the benefit to go to colleges and universities. Many went to some kind of training programs too. Therefore economists considered the GI Bill to be a major economic as well as a political success. After 2008 GI Bill expanded to offer many more benefits to the veterans.

The history of GI Bill

On June 22nd, 1944 GI Bill (the Servicemen’s Readjustment Act of 1944) got signed. At the time of war, the politicians tried to prevent the post-war confusion regarding the benefits offered to the veterans. The veterans’ organisations started to grow in large numbers because many joined them. They received the support from Congress for a bill that offered benefits only to the military service veterans.

This also included men and women. Therefore the American legions and the VFW became the two pillars who helped to develop the bill.

The benefits of the GI Bill

The GI Bill assisted the war veterans to adjust to normal life. It offered them low-c0st mortgages to live in comfortable homes. Moreover, they also received low-interest loans and financial support. They were able to study in colleges and universities because of education benefits. Many also took up courses to learn new things.

After the Post-9/11 Veterans Educational Assistance Act of 2008, the veterans received additional benefits. The new bill allowed them to get a housing allowance and $1,000 a year stipend to buy books and other things.

Furthermore, Post-9/11 GI Bill made the veterans get comprehensive education benefits. The veterans were able to learn new skills and received training by attending courses. This helped them to have a successful future. On 2010 the congress passed G.I. Bill 2.0. It allowed the National Guard to get eligibility to serve on Title 32 or in Active Guard and Reserve.

Facts about the GI Bill

These are some of the interesting information about the Bill. Because of this act, many war veterans and their families are receiving benefits to lead successful lives.