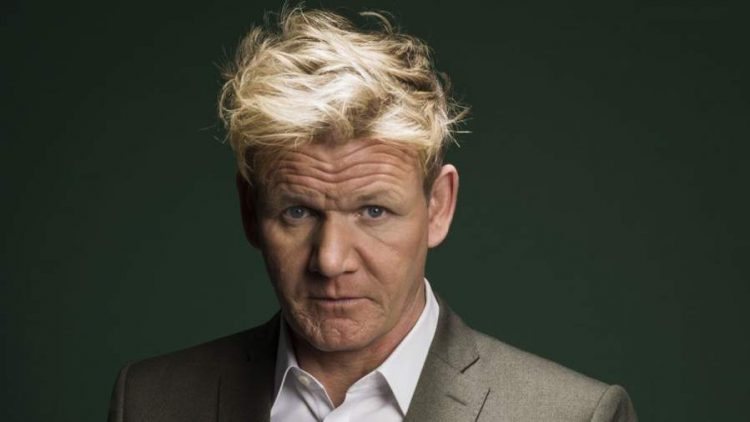 Gordon James Ramsay is a well-known Chef and restaurateur. He is also a popular television personality. He is fifty-three years old now. His restaurants have received sixteen Michelin stars. He also owns a signature restaurant located at Chelsea, London named Restaurant Gordon Ramsay. He became famous when he appeared in a 1998 show called Boiling Point. Now he is one of the influential chefs in the world.

He also appeared in the British TV shows such as Hell’s Kitchen, Ramsay’s Kitchen Nightmares, and The F word. These shows made Gordon a celebrated chef in the world. Many people became fans of the chef because of these shows. Know more about Gordon Ramsay Biography and kids here.

Ramsey’s birth date is 8 November 1966 and his birthplace is Johnstone, Renfrewshire. When he turned nine he grew up in Stratford-upon-Avon. His parents gave birth to four children and he is the second child. The names of his parents are Gordon James Sr and Helen.

Ramsey’s family life was not breezy because his family moved from place to place because of his father’s various small jobs. His father was also a hardened alcoholic and womanizer that made family life difficult. At an early age, Gordon worked as a pot washer in a restaurant. Then at age sixteen he moved out and lived at a flat at Banbury.

When Gordon was twelve he started to play football. He played for the team Warwickshire. He played many matches but left the game after he got injured.

After leaving football Ramsey focused on the culinary field. He started this at the age of nineteen. He attended North Oxfordshire Technical College to do hotel management. But he described his decision to take interest in cooking as an accident. He worked in many restaurants until he got a serious job. But the constant bullying and violence he experienced made him feel discouraged. Then he decided to learn French Cuisine.

In 1993 he became the head chef. He opened his own place in 1998 named Restaurant Gordon Ramsay. Then his empire spread too many places and countries. He also made many television appearances and achieved success through it too.

Ramsey got married to Cayetana Elizabeth Hutcheson a Montessori teacher in 1996. He has five children with her named Megan, Holly, Jack, Matilda, and Oscar. His wife is also the author of many cookery books. Ramsey cooks with his kids and spends lots of time with them.

He is a devoted father and many of his pictures with his kids are popular on social media. A cute photo of Gordon with his baby Oscar became famous on the internet. Baby Oscar resembles his father as he has the same expression as him when he critiques food.

The net worth of Gordon Ramsey

Ramsey has created a vast empire. He has many restaurants all over the world bearing his brand. People flock to eat in his restaurant. He is also part of many TV shows. The net worth estimate of Ramsey is $190 million. He owns a lot of properties in London, Los Angeles, and Cornwall. He and his wife split their time between the UK and the US because of their careers. As his family is big his properties are massive.

Gordon Ramsey is a man who became famous because of his cooking skills and also because of his attitude. Many of the chefs who come to participate in the shows he hosts get terrified of him however he helps people to improve if he sees potential in them.

Also read: 5 Best Restaurants in Hanoi That Will Promisingly Give You Unforgettable Dining Experiences