What!!! Harry Styles Spits on Chris Pine? Know The Truth 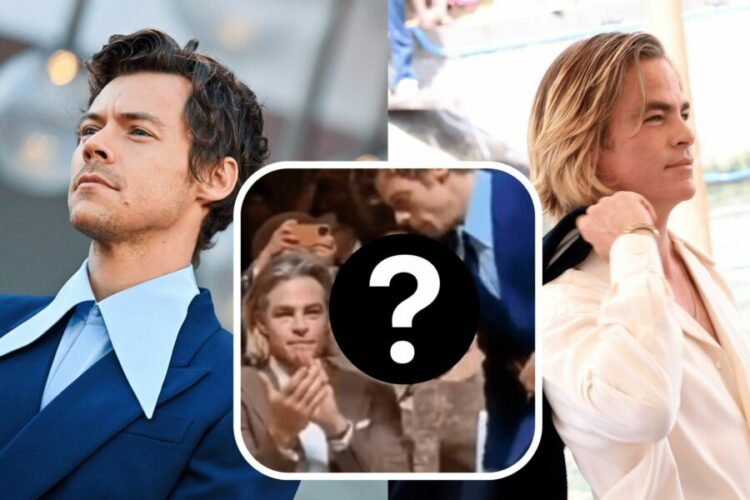 On 7 September 2022, Harry Styles had a New York concert while travelling around New York. He is a famous singer who sings “As It Was”. In his concert last night he had told everything about the spit speculation matter with his colleague “Chris Pine” who worked with him in “Don’t Worry Darling”.

What Happened Between Harry Styles and Chris Pine?

People have rumoured that Harry Styles spit on his colleague Chris pine. Sometime later, a video spread across the internet in which it happened to show that Harry Styles was spitting on Chris Pine’s lap during they both were attending The Venice Film Festival for the movie they both made together, “Don’t Worry Darling”.

Coming from the #DontWorryDarling premiere tonight, this is all I can say: There are no trash cans in the Sala Grande — not in the lobby or in the mezzanine where these seats are located. So hypothetically, if you were chewing a piece of gum, there’d be no place to put it. https://t.co/S88D67Up3h

The video shows that Harry Style was sitting beside Chris Pine and the director of the film “Olivia Wilde” who was also sitting beside them. Another video shows that everybody was clapping, and at that time, Harry focused on Chris’s lap and spit on his lap at that time. After that, Chris stops clapping, looks downward in his lap, and smiles awkwardly.

The Truth behind It

What happened at that time is that when Harry Styles was trying to take a seat beside Chris. At that same moment, Chris paused his clapping to see if there was something on his shoes. This is a normal thing. But in the video, it appeared that Harry was spitting on Chris and Chris smiled awkwardly to hide his shame. But there is nothing like that. Sometimes people can make a big issue out of nowhere, and stars have to face it.

What Did Chris Pine Tell in Confession?

Chris told the truth behind this disgusting viral video and said there is not even a single drop of truth in it. Nothing happened like that, and people falsely accused Harry of spitting on him. He also said it is a piece of people’s imagination and nothing more.

People love to accuse famous people. He said we both shared a good bond and respected each other. He said that people putting such accuse to create drama between them.

What Did Harry Styles Tell in Confession?

Harry Styles has been trolled since the video went viral. People are accusing him of doing such disgusting work. On the other hand, his fans supported him, saying he could not do anything like that. However, Harry didn’t say on his behalf since now.

Rumours did not stop there. People added more to it by saying that they both did not come together on the Red Carpet of The Venice Film Festival and denied seeing each other at the movie’s premiere.