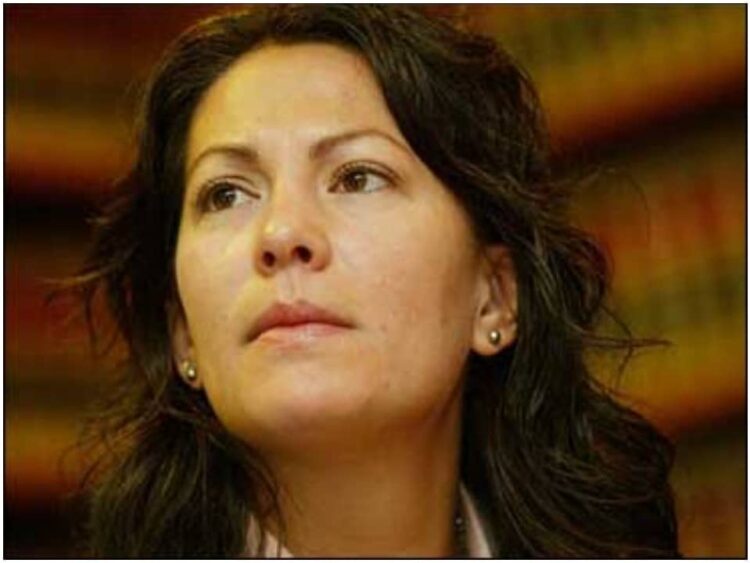 Heather Tallchief comes on the FBI’s most-wanted list for committing a big casino heist crime with her boyfriend in Las Vegas in 1993. It was one of the largest crimes in the history of Las Vegas, as she successfully executed this heist worth 3.1 million dollars with the help of her then-boyfriend, Roberto Solis.

The two of them escaped from Las Vegas after committing this crime and lived for many years without the knowledge of police officials. Finally, in 2005, Heather came to accept her heist in the year 2005. One can watch her documentary series on Netflix named Heist to learn more about this heist.

Who is Heather Tallchief and Her Boyfriend?

Heather Tallchief was 21 years old at the time of the casino heist, and she is from Buffalo, New York. Initially, she was a nursing assistant; thus, she had to face terminal cancer and AIDS patients daily at her hospital. This affected her personally, and thus, she decided to change her job. She met Roberto Solis at a San Francisco bar who was 48 at that time.

When she was jobless, she had a tough time. She met Solis during such a time, and he showed great care and affection towards her. He even took her to the new world of crime, sex magic, etc.

Coming to the Solis, he was born in 1945 in Nicaragua. He was a convicted murderer and, thus, sentenced to life imprisonment. Solis got involved in an armored car heist in 1969 and killed a guard during that heist at a San Francisco Woolworth’s shop.

In 1991, he came out of jail after completing his life sentence. During his time in prison, he wrote five books for which he had a great fan base. His fans even asked for his parole and granted permission. But again, he got arrested for selling drugs and released to San Francisco, where he met Tallchief.

How Tallchief and Roberto Planned the Shocking Casino Heist?

Heather Tallchief met Roberto in San Francisco, and she was young and aimless at that time. Though he is much older than Heather, he attracts her through his way of manipulated talk. After gaining good trust, Heather moved with Solis in 1993 to Las Vegas and settled in Nevada.

After planning a heist, Solis urged Heather to work at Loomis Armored Car Company. This company did the job of carrying millions of cash to transfer between Las Vegas casinos and ATMs. Meanwhile, Solis showed Heather’s VHS tapes to grab her interest in the heist.

After she started working as a driver in Loomis Armored, Solis made her memorize the route map. But later, Heather didn’t recollect her memory and pulled off the heist.

How did the Casino Heist Happen?

On October 1, 1993, Heather drove the company’s van to the Casino and Circus Circus Hotel in the morning. So, Heather and her colleagues’ jobs were to fill the empty ATMs after collecting cash from casinos. Heather’s colleague, Scoot Stewart traveled with her during the heist. That day, Circus Circus was the first stop to fill the depleted ATMs with money.

But when Scott and another courier, exited the van to collect money at the casino, Heather drove off the van without any guess. The courier men thought she would return to the Circus Circus after 20 minutes, but she didn’t. So, Stewart thought Heather was stuck with a problem when she didn’t reach him through the radio. Thus, Stewart informed his company.

The Las Vegas police, Larry Duis, and the FBI Agent, Joseph Dushek took this heist case. They found out the truth after watching the security footage at the casino. So, it has become clear that no one robbed the armored van, but Heather robbed it herself. The police officials reached her apartment and found the van, but it was empty then. Tallchief and her boyfriend took $3.1 million from that van and escaped from Nevada.

Where Did Heather and Solis Disappear?

Heather and her boyfriend fled to Denver initially and then to Florida. Again, they moved to the Caribbean and stayed there for some time. Finally, the couple moved to Amsterdam where they stayed for many years. While entering Amsterdam, Heather acted like an elderly woman in a wheelchair to divert the police officials at the airport.

What Made Heather to Surrender Herself After Many Years of Casino Heist?

In 1994, Heather got pregnant, and Solis started to have an affair with another woman. After many problems, Solis broke up his relationship and paid a few thousand dollars to Heather and her son. After that, she began to work as a hotel maid and an escort.

When her son was 10 years old, she returned to the United States with a new identity ‘Donna Eaton’ on September 12, 2005. Then, she decided to end her 12 years of hidden life and surrendered at the Las Vegas courthouse. When officials asked about Solis, she said she hadn’t seen him for many years.

Heather told her story and sold the rights; she thought it would help her repay Loomis Armored. On March 30, 2006, the Las Vegas courthouse declared her imprisonment for 63 months. They also ordered her to repay $2,994,083.83 to Loomis Armored before her death. In 2010, Heather came out of jail after sentencing her to imprisonment.

Heather and Her Son’s Current Status:

Heather’s son, Dylan works as a producer and YouTuber now. According to Netflix’s series, ‘Heist’, Heather presently lives in the United States. She is now working in healthcare and lives with her son. But what about Roberto Solis now?

He is still a wanted man, and Heather never saw him after leaving Amsterdam. According to Heather, Solis is dead, as he is 76 years old now, because it is not so easy to hide and live from the eyes of the FBI for 28 years.

The article gives you a clear note about the heist committed by Solis and Heather. But still today, Solis and the remaining theft money are yet to discover and stay a mystery.