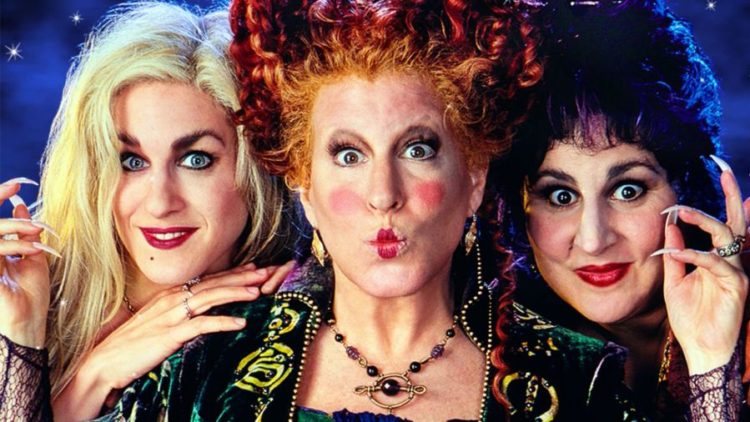 Disney has finally shared some details about the highly anticipated sequel of Hocus Pocus. Many are eager to see the magic and mayhem of the witch sisters. There will be new faces in Hocus Pocus 2 alongside the Sanderson sisters. The actors who played as Sanderson sisters Bette Midler, Kathy Najimy, and Sarah Jessica Parker are already roped in to play their respective roles. But along with them four new additional actors will be in the movie. Here you can know about all the interesting details about Hocus Pocus 2 such as release date and cast.

Who is part of the Hocus Pocus 2 cast?

According to the sources on Oct. 15, 2021, the names of three cast members were revealed. They are Whitney Peak, Froy Gutierrez, and Lilia Buckingham. They are part of the main Hocus Pocus 2 cast.

Director Anne Fletcher who worked on 27 Dresses and The Proposal will be directing the sequel. Further, Thora Birch who acted as Dani in Hocus Pocus has shared on social media that her character may return for the sequel. This has led to lots of excitement among her followers. She tweeted that 2022 is going to be Mah-velous. Currently, the filming of the movie is taking place in Lincoln, Rhode Island.

Anne Fletcher said a few words about the sequel. She said that now more than ever people need to laugh. They have to laugh every day. When three great actors portray the role of the Sanderson sisters then it is going to be really funny. She thinks that Hocus Pocus is a beloved film and is grateful to be part of the sequel.

She is excited to bring the three witches back to life for the sequel. It will be a great treat for the fans who grew up watching the original Hocus Pocus. So with the new cast members, we cannot wait for the Sanderson sisters to cause trouble again.

What will the story of Hocus Pocus 2 be about?

The storyline of Hocus Pocus 2 will focus on three sisters who by accident bring back the three witches, the Sanderson sisters, to life. So they embark on a mission to stop the witches from bringing evil to the town’s children. The storyline is going to be interesting as we are going to see the witches again. As they like to frighten children they will surely be more dangerous in Hocus Pocus 2.

This movie is a dream come true for many children and adults. Many are waiting for it to be released soon. The story of season 2 sounds similar to the book sequel of Hocus Pocus. It was released in 2018. The book’s plot focused on Max and Allison’s daughter Poppy and her friends. Poppy wants to impress a girl named Isabella so she goes inside the Sanderson house at the time of the blood moon. Then she accidentally brings the witches back to life.

It is still unclear now if the same thing will happen in the Hocus Pocus film sequel. But it is just an assumption. The director may take some inspiration from the book sequel but will create a story fit for a movie. But one thing is clear. The witches are going to return and will try to kidnap innocent children. The returning stars of the series praised the script of Hocus Pocus 2. They think it is pretty great. So this affirmation is enough for us.

When is the Hocus Pocus 2 release date?

There is not a release date for Hocus Pocus 2 now. But some sources say that season 2 will be released by Disney + during autumn 2022. Midler tweeted and gave us a hint of the release date. She tweeted “Sistaaaahs! It’s been 300 years… But we’re BACK! #HocusPocus2 arrives Fall 2022.”

So we can guess that the film will release around 2022 on Halloween. But we cannot be sure of the fact. At the moment we have to wait to get the official announcement of the Hocus Pocus 2 release date from Disney.

Season 2 will be on the screen next year. So get ready for the blast of entertainment and enchantment. It is going to be a great story.

You may also read: Squid Game Netflix’s Biggest Ever Series will Be Worth Almost $900 Million