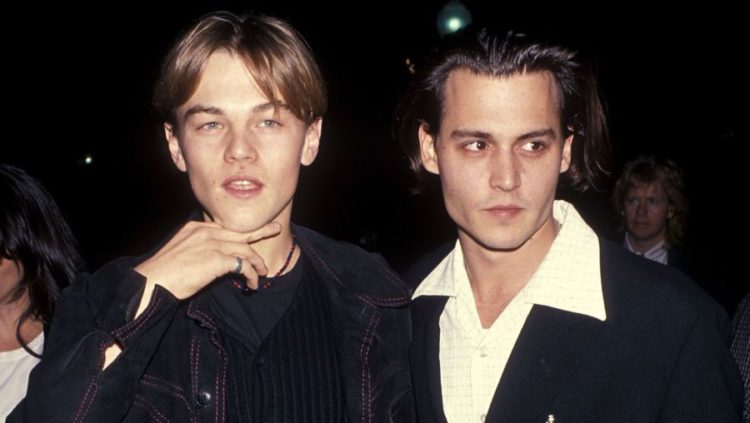 Often we find that celebrities have to go through a lot to perfect a role. At times, it also affects them both physically and mentally or poses health risks. In this regard, we can indeed mention the famous star, Johnny Depp. Many of you who have watched his film will know that he is an absolute perfectionist in whatever he does. Therefore, it is not surprising that he would do everything his role requires him to do.

By reading the title, most of you might have already guessed why we are discussing Johnny Depp in this light, right? The world-famous actor has added another critically acclaimed film to his prolific filmography. He made it possible by starring in “What’s Eating Gilbert Grape?” Here he co-starred with another greatest actor of all time, Leonardo DiCaprio. While shooting this movie, Depp had a difficult time to a great extent that it affected him adversely.

So would you like to know more about the story? Stay with us until the end, as we will share some of the unknown details about Johnny Depp’s shooting of Gilbert Grape. Here’s what we know!

Are you a fan of Johnny Depp? Well, you must have watched every movie of the Pirate of the Caribbean star. Needless to say, he gives his best in every project he takes up; therefore, “What’s Eating Gilbert Grape?” is no exception. Let us discuss some more details about the shooting of the film.

So in the movie, whenever Depp spoke about poisoning himself, he was referring to the well-known substance abuse problems he faced in his youth. In fact, his experience with drugs and alcohol began when he was a teenager and continued throughout his adulthood. Moreover, he himself says, “My experience of alcohol and stimulants began at a very young age. It was not a particularly stable or safe home life; there was a lot of unpleasantness in the house.”

In fact, his mother had probably figured out his problem and thought of helping Johnny Depp indirectly. So she asked him to get her nerve pills. Around the age of 11, it dawned on him that these pills calm your nerves. Therefore, he brought them home and took one. It was the only way to numb the pain he had been facing for so long.

Moreover, Depp also added that even when he was a successful Hollywood actor, he found himself struggling against those familiar substances. He reveals that this period was indeed very dark and nasty in his life. Neither was Johnny Depp completely unhappy nor could he get a grasp on it; therefore, he spent years “poisoning” himself. Even though he was doing great, however, he was continually faced with the question of whether he was a dumbass and wanted to continue his life in that way.

How Did This Film Lead Him Towards Poisoning Himself?

Often we don’t realize that actors have to undergo a lot of things to bring perfection to a role. As per sources, during the shooting of the film “What’s Eating Gilbert Grape?” in 1993, Johnny Depp revealed what he went through. We come to know that acting in this film motivated him to indulge in the habit of substance abuse.

Furthermore, the Oscar nominee also confided that he felt numb depression acting in the role. One of the reasons behind this was that the circumstances were pretty similar to Depp’s own personal life and problems. Depp once said in a 1993 interview that just as Gilbert never had the opportunity to go and make his life because he had to take care of his mom and retarded brother, similar circumstances happened in his life as well.

Yes, the veteran actor became too close to the character, which temporarily sent his life spiraling. In an interview, he says that sometimes they play such roles similar to your lives that you can’t help but identify with the guy. However, you need to have control over your life and keep the reel and the real-life separate from each other so that it does not create any problems.

But Depp cannot deny that this movie gave him a rough time. He tried to poison himself constantly; drinking, not having food properly, getting no sleep, and lots of cigarettes. Needless to say, he was very, indeed, very lonely at that time.

This might shock many of you; however, it is true. Let us find out more details about the reality that led to this. Johnny Depp’s words prove the fact that this incident is not made up or a rumor. Since filming Gilbert Grape was not at all easy for him, he might have taken out his feelings on his co-star Leonardo DiCaprio. It was at a film festival that Depp recalled his experience.

He says in an interview, “I tortured him; I really did.” After that, he also goes into the specifics about his relationship with DiCaprio on set. “He was always talking about these video games, you know? I told you it was kind of a dark period,” he continued. “No, I will not give you a drag of my cigarette while you hide from your mother again, Leo.”

However, Depp also shared that he had nothing but respect for his co-star. Depp also doesn’t fail to appreciate his co-star by saying that Leo indeed worked very hard for the film. He came to the set on time and was ready to do whatever this character needed him to do.

This is quite understandable; when you are not mentally fit, you tend to express your anger toward others. Since Depp himself was in a difficult situation, he could not come to behave well with others. At that time, Leo was also relatively younger, which probably led Depp to misbehave with him. There was no hostility between the stars. The only reason behind Depp’s misbehaving with Leo was due to his own issues.

So as we conclude, we can say that often we have a wrong notion that people belonging to the glamour world always live great lives. We get to see this in the famous actor Johnny Depp’s life. We never realize that they are human beings like us who face the same troubles and have problems in their lives. While shooting the film What’s Eating Gilbert Grapes?”, Depp’s childhood problems relapsed and gave him a difficult time.