How did Peppa Pig Die in the Alternative Backstory? 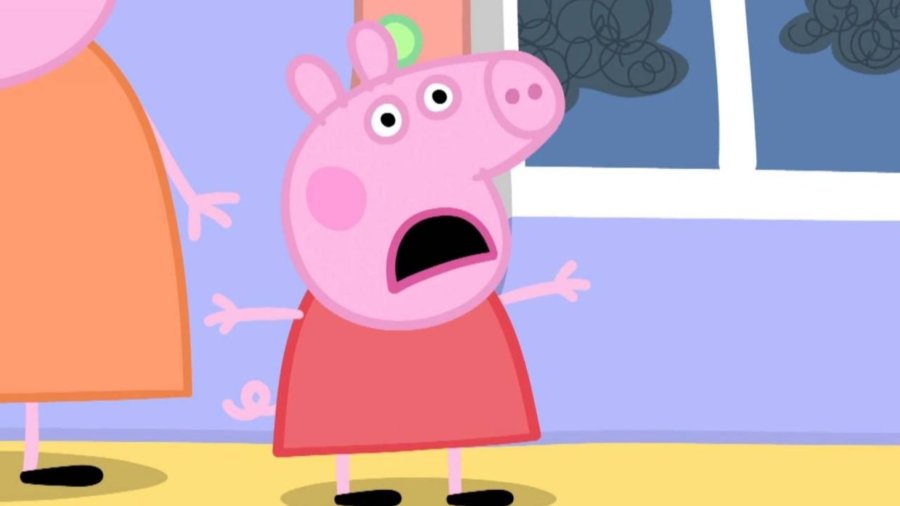 Many people may not be fans of pigs but they will surely be fans of Peppa Pig. It is one of the best kid’s shows around the world. Many Peppa pig house wallpaper and Peppa Pig videos are popular in countries around the globe. Also, it is a British animated show about a school-going Pig named Peppa. We get to see what happens in her day to day life. She has a father, mother and brother and lots of friends.

Each episode of the show is five minutes long and teaches preschoolers many valuable life lessons. But some theorists have spread some alternative backstories for Peppa Pig. The main plot of this story is about the Peppa pig’s death. It is really sad to read about this backstory but many are interested to know about it.

If you also want to know then continue reading this article to know did Peppa pig die?

What is the alternative backstory of Peppa Pig?

According to a Wattpad storyteller named animegeek00, he thinks that every event and incident happening in the five-minute episodes of Peppa Pig is an illusion. He shared that Peppa Pig died at the hands of her parents. Then his story gets really creepy.

That is why he named the title of his Peppa Pig backstory as “Time to ruin your childhood!”.  Animegeek00 begins his alternative Peppa Pig backstory by saying that Peppa was not a healthy child. She spent most of her life in the hospital bed so her parents decided to euthanize her to help her escape her illness. Therefore one night, Peppa’s parents killed her with a poisoned injection. The dream Peppa had when she died was about fairies because she loved them.

But after euthanizing their daughter the parents of Peppa were not able to live in peace. They felt guilty. So first the father Pig took a knife and killed his wife and his small child and then himself. This is the end of the beautiful family.

Animegeek00 did not stop with his gruesome tale of Peppa Pig’s death alone. He also narrated the sad tale of Suzy sheep’s backstory. The storyteller made tragic backstories for every character in Peppa. He wrote that Suzy the sheep always wanted to be a nurse. But one day she got run over by a truck that killed her. That is why according to Animegeek00 Suzy is always seen wearing the nurse costume.

The Wattpad writer’s Peppa pig backstory claims that the characters shown on the screen are resurrected. So this means they died because of various tragedies that happened in their life. Surely after reading this fan theory many people were not able to digest it. Also, he continued the story by telling that the truck was driven by Mr Zebra. Because of causing the accident, he loses his license and job. He also ends up dying on the streets.

Further, animegeek00 claimed that this is the reason why Mr Zebra and Suzy never come on the screen together. Therefore one shocking death incident after next happens in this alternative story.

You may also like: Baby Shark Song History, Origin and Why Do Children Love it?

What happened to Peppa Pig’s grandmother?

Animegeek00 even tells about the death of grandma Pig. He wrote that she was the last to die in the story. She dies after the death of Peppa Pig and her family, Suzy the sheep, Mr Zebra, Grandpa Dog, Mummy Dog, and Danny Dog. His story explains the death of Danny Dog. One day Danny Dog and his grandpa Dog were sailing on the boat when lightning struck them. This kills the grandpa Dog and Danny drowns in the water.

Also, Mummy dog dies while fixing the car. The car malfunctions and kills her. That is why according to the writer she is not seen at Grandpa’s garage and why Grandpa never takes Danny to sail.

The whole Peppa pig story is happening because it is all a dream of Grandma Pig. Animegeek00 wrote that all the events in the animation story happen in Grandma’s head. Also, Grandma Pig suffers from schizophrenia. This is because she became a drug addict after the death of her family members. But still, she is not able to overcome her grief.

So because of her disease, she dreams of all the wonderful things her family members and friends would have done if they would have been alive. Then after imagining these happy things she ends her life.

How do you feel after reading this tragic fan story of Peppa Pig? You must feel heavy-hearted and angry. This is not an unusual thing because fans always have some theories of their own regarding happy stories. They like to add some tragic storylines to the plot. This happens all the time. So do not worry. You can enjoy Peppa Pig because she did not really die in the original animated show.

This is just a fan theory by an over-imaginative Wattpad writer. So do not take it seriously. You can enjoy watching Peppa Pig normally like you always do. It is a great children’s show and Peppa Pig did not die in it.

You may also like: Piggy Chapter 12 Release Date, Plot and Ending Details