How Does Dirty Dancing Star Jennifer Grey Describe Her Break-Up With Matthew Broderick? 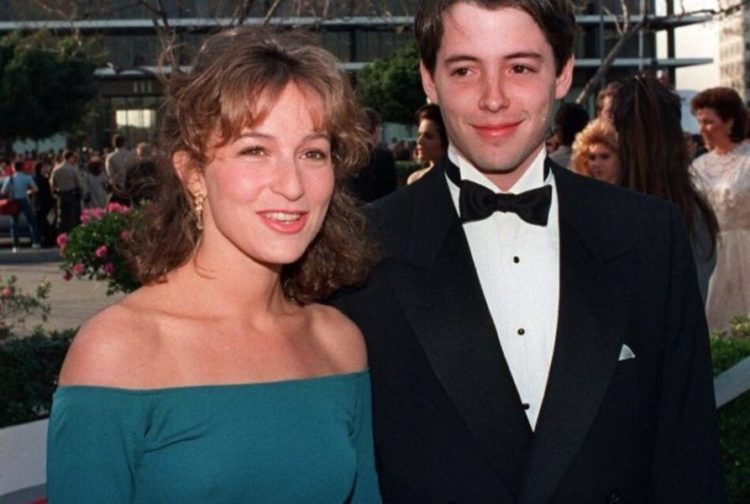 The fimly world is always full of surprises, isn’t it? Therefore, when we got to hear that the Dirty Dancing star Jennifer Grey was in a high-profile relationship with Matthew Broderick, we were happy for the celebrity couple. However, as per sources, their relationship had many highs and lows. Even though they seemed like a perfectly happy couple, the actor says that there were moments that made her feel “stuck.”

So would you like to know more about their relationship in detail? Stay with us until the end, as we will share all the relevant information regarding the causes that led to the eventual disintegration of her relationship with Matthew Broderick. Let us have a look!

A Short Bio About Jennifer Grey

Even though Jennifer Grey needs no separate introduction, we will share with you some of the fascinating details about the celebrity’s life. The American actress was born on March 26th, 1960, in New York City in the United States. Therefore, she is presently 62 years old. Jennifer made her acting debut with the film Reckless in 1984. However, her breakthrough role was in the teen comedy film Ferris Bueller’s Day Off in 1986. It was after starring in this movie that she rose to prominence. Furthermore, she earned worldwide fame for her role in the romantic drama film Dirty Dancing in 1987 as Frances “Baby” Houseman.

Despite the success of Dirty Dancing, Jennifer Grey had a feeling that her looks would place restrictions on the type of future roles directors would consider her for. So after consulting her mother and three plastic surgeons Grey in the early 1990s, she underwent two rhinoplasty procedures.

You must have a question as to why she needed two surgeries. The second was necessary to correct an irregularity caused by the first operation. However, it ended up more extensive than what Grey had expected. The result was not at all a desirable one. Instead, her close friends had difficulty recognizing her. Needless to say, this major change in her appearance also affected her career.

How Did Jennifer Grey & Matthew Broderick Meet Each Other?

Many of our readers might be eager to know how the famous celebrities Jennifer Grey and Broderick met for the first time, right? Well, let us share with you the details. As per the sources, they initially met on the 1986 film Ferris Bueller’s Day Off set. In her memoir Out of the Corner, she says when she first met him, he “had the world on a string.” Yes, it actually means that Broderick was at the top of his career. In fact, he had just won a Tony for his appearance in Neil Simon’s Brighton Beach Memoirs. At the same time, he was also fresh from his starring role in the movie War Games.

However, Grey didn’t initially connect with Broderick on a romantic level. She says he didn’t come across like most actors she had encountered. He was quite different from others. According to her, Broderick had an attitude similar to “a grumpy grandpa.”

But the more time Grey and Broderick spent together, the more they fell in love with each other. Moreover, this was a surprise to her as well when they turned their on-screen sibling relationship into an off-screen romance.

However, there was one problem, Broderick was probably in a relationship with another woman. According to Broderick, the woman was just a “family friend” who had a liking for him, but Grey knew it was much more than that.

Even though Grey fell in love with Broderick, she told him that it was difficult for her to be with him. Later on, he broke up with the woman he said was a friend, and they began dating. Grey says they had a lot in common, and she felt like she was “home” when they were together.  So what went wrong? Let us have a look!

As we mentioned earlier, Jennifer and Broderick started dating and eventually started to live with her and her roommate in NYC. According to Grey, he was sometimes moody but very charming and hilarious. Irrespective of everything, the actress was head over heels in love with him.

Even though she was madly in love with him, Grey started noticing red flags in their relationship. For instance, when she visited Broderick on the set of Project X, he seemed to “stiffen” when she was trying to kiss him. At the same time, she also had a feeling that probably Broderick was feeling uncomfortable in her presence.

In fact, she noticed that there was always some woman around him who had some feeling for Broderick. Moreover, Grey received a “less than friendly vibe” from Helen Hunt, who starred in a movie with Grey’s love interest. At the same time, Grey was also aware of Penny Miller, another actor who probably had an interest in Broderick.

What other Incidents Led to Their Eventual Break-Up?

By now, you can understand that even though they initially seemed like a lovey-dovey couple, cracks started developing in their relationship due to several issues. Let us share all the relevant details that will help you figure out what problems they faced. As per sources, Grey says Miller threatened to quit Biloxi Blues if she visited the set. She thought this to be very strange. So when she asked Broderick if they were intimate, he told her they weren’t. Jennifer did not make this an issue and believed his words.

In fact, Grey herself says that she chose not to see what was really going on. She was so much in love with Broderick that a part of her was in denial about his loyalty. In fact, Grey admits she was in a lot of “pain” concerning this relationship. She could feel that things weren’t working but kept pushing forward with the hope in the back of her mind that probably she was overthinking.

However, during a vacation in Ireland, she began to see more red flags. At the same time, she noticed that because of some reason, Broderick was not supportive enough of her career. As per the sources, the final straw was when Broderick allowed his mother to join them during their vacation. Then, Grey decided to leave and go back to the United States. However, they had a terrible accident while traveling to Dublin. In fact, it also resulted in the death of two people.

After the accident, Grey saw Broderick in serious injury. So, she wished to renew her commitment to him even after knowing that their relationship was toxic. However, fate had other plans. The lovely couple broke up after a brief engagement. Presently Grey is in a relationship with Johnny Depp. We hope that both the partners remain happy in their new lives.

Also read: Have A Look At How Ashley Judd Deals With The Painful Experience Of Losing Her Mother