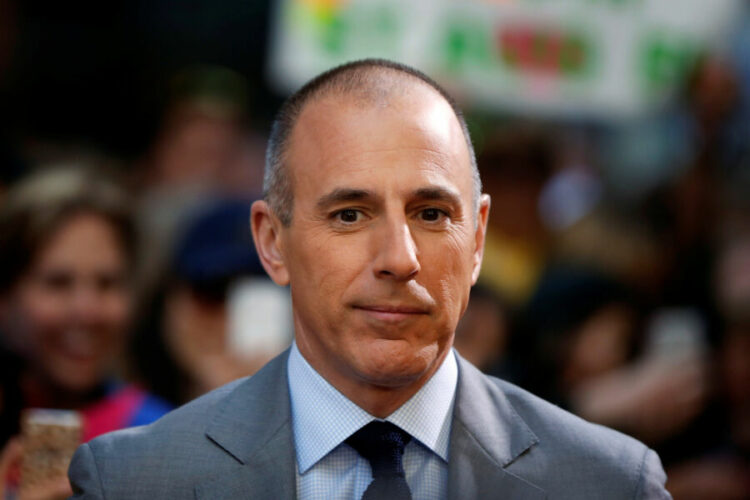 Sexual abuse or immoral treatment of anyone is a crime and the court must penalize the culprits. People are acknowledging this crime and raising their voices.  Sadly, there was a hush-hush regarding these incidents a few years back. Power holders could get away easily after committing these crimes. Matt Lauer was fired because of a complaint of “inappropriate sexual behaviour in the workplace” on Nov 29, 2017.

How is he doing? Where is he now? Besides, has he made public appearances since then? We have answers to your queries. Stay with us throughout the end of the blog and know it yourself.

Who is Matt Lauer?

Matthew Todd Lauer was born on December 30, 1957. Firstly, we know that he is a former American television news personality. In fact, people know him best because of his work with NBC news. Secondly, Matt Lauer served as a local news personality in New York City on WNBC. Then he got his first exposure on national television as the anchor for The Today Show from 1994 to 1997. Furthermore, we see that he gained power over his position as a host of the show. There he served as the co-host of NBC’s Today show till 2017.

In addition, Lauer would frequently lend his hand to the evening news magazine Dateline NBC. Furthermore, Lauer hosted the annual Macy’s Thanksgiving Day Parade. Also, he was one of the hosts of ceremonies in many Olympic Games.

However, due to his misconduct in 2017, NBC had to terminate his contract.

What is the incident about the sexual abuse

Amidst everything going on smoothly, an NBC employee filed a complaint. It stated that Lauer had sexually harassed her during the 2014 Winter Olympics in Sochi, Russia. Furthermore, she claimed that he continued harassing her after they returned to New York. Soon after this incident, Andrew Lacker gave his statement and mentioned that Matt Lauer would be fired.

“On Monday night, we received a detailed complaint from a colleague about inappropriate sexual behaviour in the workplace by Matt Lauer. While it is the first complaint about his behaviour in the over 20 years he’s been at NBC News, we were also presented with reason to believe this may not have been an isolated incident.”

After this, several controversies stated that the channel knew about his misconduct. However, the channel was quiet because he was an important and popular face of the channel.

Later, Lauer apologized publicly for his actions. “Some of what is being said about me is untrue or mischaracterized, but there is enough truth in these stories to make me feel embarrassed and ashamed.”

What has happened since then?

Since this incident, Matt Lauer has lost quite a lot of friends and well-wishers. We get all this information from popular sources. Besides, he has received much hate from the netizens over the years.

“People would check up on him for a while, but that’s stopped to a degree,” sources say. “He just stays to himself, he doesn’t really reach out to people very much anymore or engages them and so he’s been losing touch with a lot of people.” He has been away from the media over the years and pretty much keeps to himself.

Furthermore, we hear that he had to step down from having a lavish lifestyle. “When he left the Today show, he didn’t get paid a penny after he got fired. NBC stuck with that. He’s presumably sitting on mountains of money but then again, he had a lot of money in real estate.”

The channel fired Lauer just a month after Harvey Weinstein had started the #MeToo movement. All these years Lauer has kept a low profile.

“He only wants to talk to people who are gonna take his side,” “He still feels like he got railroaded.” We get this information from popular sources.

However, post the incident there were several speculations. Some agreed to the fact that he had molested the women for several days. We hear that others thought Matt Lauer said the relationship with the woman was “consensual” and was “dumbfounded” by the accusation. We don’t know what the actual situation is, but we will go by the evidence.

Matt Lauer: The incident came to light in 2018

Catch and Kill: Lies, Spies, and a Conspiracy to Protect Predator was a book whose writer is Ronan Farrow. Variety published an excerpt from the book in 2018. In this book, we read that Brooke Nevils alleged that Lauer anally raped her in his hotel room at the Sochi Olympics. Furthermore, she told Farrow that she was so drunk and therefore she could not utter a word of protest. She was very dizzy and helpless at that time. However, she had tried to resist him several times, through words and actions.

Furthermore, Nevils also said she had more sexual relationships with Lauer in New York City. “It was completely transactional. It was not a relationship. This makes the situation a little more tricky.

To this accusation, Matt Lauer defended with a letter. Although he admitted that the relationship was “extramarital, it was “consensual.” Furthermore, he said that in Sochi they began their love affair. And it continued for several months after that. Sochi was “the first of many sexual encounters between us over the next several months.” This is what he claimed.

Not just once, Lauer has time and again said that her accusations were wrong. He “never assaulted anyone or forced anyone to have sex. Period.”

The reaction of Matt Lauer co-workers

Several of Layer’s co-workers and contemporaries had spoken and expressed their opinion then. At the time, Savannah Guthrie was the speaker alongside co-anchor Hoda Kotb on-air. The news upset her greatly. She could not believe it at first.

Former Today’s co-host Katie Couric also spoke about the ugly scandal. In fact, PEOPLE covered the story and her statement here. She told the reporters that she was “shocked” to hear about this. Besides, she called Lauer’s behaviour “grossly inappropriate” and “callous.”

“That is not the Matt I knew,” Couric said. “There’s a duality in human beings, and sometimes they don’t let you see both sides.”

If all the accusations against Matt Lauer are true, he is paying for it. However, he isn’t behind bars; he surely has paid the price. We hope that society and every workplace acknowledge sexual crimes against anyone, not just women. And the court publishes the culprits.