How to Get Rid of Pincher Bug or Earwig Bug: Fact, Diet, lifespan? 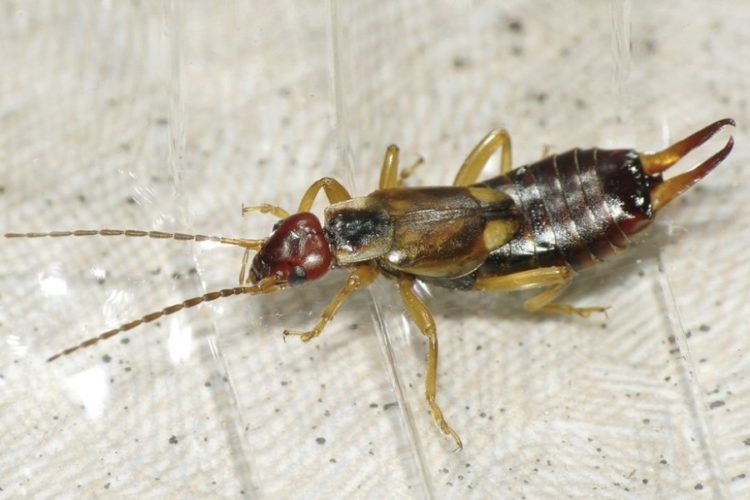 Have you ever had the problem of Pincher Bug or Earwig Bug? They may be disgusting to see but they are not that much of an issue as they seem. So if you want to know all the facts about the pincher bug then you are in the right place. If you want to get rid of them for good then you can find the steps also in this article. The Pincher or Earwig Bug is a type of bug with six legs and two antennae. They have a spooky looking set of pincers at the end of their abdomen.

Many people are terrified of Pincher Bug or Earwig Bug because they think that they will lay eggs on their ears. Also, other myths circulating about Pincher say that they feed on the human brain. But these are not the cases at all. Yet they can be an annoying pest that can harm your garden and home.

So there are some steps you can take to get rid of the bugs but before that, you can know some interesting facts about the Pincher bug. Continue reading to know all the information.

1. The reason behind the name earwig

The earwig bugs belong to the Dermaptera insect order. Also, this is from the Greek word Derma meaning “skin” and ptera meaning “wings”. The name is given to the bugs because of the ancient folktale about them. The ancient people believed that the bugs crawled inside the ears and laid eggs.

That is why the bugs came to be called earwigs. But the belief of bugs laying eggs on the human ears is just fiction. There is no scientific proof for this belief.

2. The activities of Pincher bugs

They are usually known as scavenger insects. They spend the day sleeping. But at night they become active and start to hunt and eat. Also, they are antisocial bugs and do not have a queen like the ants. They have the pincers for hunting but they are not a threat to humans. But if threatened the bugs may cause pain by earwig bite.

3. The life span of Pincher bugs

The Pincher bugs can live up to one year. They tend to mate during the months of autumn and winter. Then their eggs hatch in the spring. Also, they go through the process of metamorphosis where they change from one stage to another.

4. The function of pincers in Pincher bugs

The earwig bugs have a set of pincers in their abdomen and it is very flexible. They use it to catch prey and frighten the predators. Also, they make use of it during their mating rituals. But their pincers are not poisonous to humans even if the pincher bug bites.

Like many bugs, pincher bugs are also attracted to light. So they settle in patios or porches where the lights are bright at night. If these places are cool and wet then it is a celebration for the earwig bugs.

6. The predators of Pincher Bug

Earwig bugs are usually wary of birds, lizards, spiders, centipedes and yellow jackets. These creatures prey on Pincher bugs because they are a tasty meal for them.

7. The agents that kill Pincher bugs

Many chemical agents kill the Pincher bugs or earwig bugs. There are pesticides like diatomaceous earth, carbaryl, malathion, esfenvalerate that can get rid of the Pincher bugs.

8. The benefits of earwig bugs

The earwig bugs look scary and they are antisocial insects. But they clean the environment by feeding on decaying animals and plants. So the waste in the environment disappears because of these natural cleaners.

Humans are the only creatures who delay attaining maturity. But bugs like Pincher or earwig bugs attain maturity in just twenty days. They go through metamorphosis. First, they begin their journey from the egg then the nymph and after that comes the adult stage.

The female earwig bugs look after the eggs. They stay to take care of the young while the male bugs disappear after mating.

How to get rid of Earwig Bug or Pincher Bug?

You may also like: So You’ve Seen a Rat: A Guide to Home Pest Control & Prevention

Top Summer Seasonal Pests to Watch Out For

Most Common Signs That You’re Sharing Your Home with Rodents

Types of Ants and How To Get Rid of Them