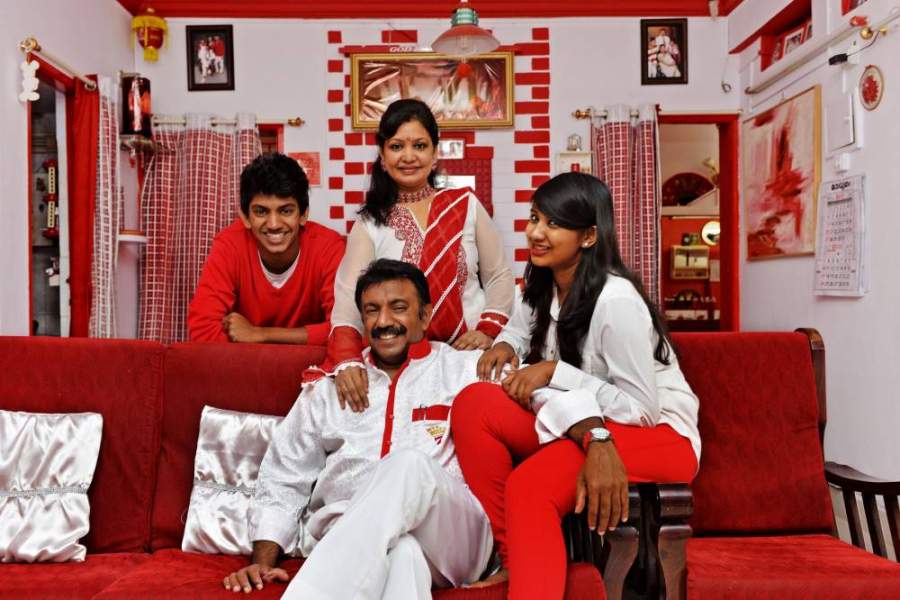 Well, this is something very amazing. Today, we will talk about one family which is obsessed with red and white colour. Even their house walls are painted all in red and the kitchen appliances and cutlery they use is also of the same colour combination. Surprising no? They have a belief that these two colours are lucky for them.

We are talking about Bangalore-based real estate businessman ‘Sevenraj’. He was named by his father after the number seven and since then he has spent his life surrounding himself with the number. His obsession didn’t stop there- he even also built up a unique passion with the colours red and white.

‘Sevenraj’ has everything in red

From suit to car and house, everything he has all in red and white colour. It’s not tough to get attracted to this family because of this crazy colour i.e. red and white colour combination. While his passion for the number seven started when he was named ‘Sevenraj’ he calls it ‘lucky’ and fruitful.

Also read: 6 Celebrities Who Took A Stand and Never Promoted The Wrong Product for A Few Multi-crore Deal

Apart from the red and white colour, he also believed in the life lessons of Mahatama Gandhi and he also once wears glasses and clothes like him which made him a neighbourhood sensation.

His obsession for red and white made him famous

His passion became so extreme that even he purchased toothpaste in red or white barrels and his wife Pushpa, daughter Maneesha and son Bharath also eat in ‘red and white plates’. They are following this thing from a long time and he appreciates the consideration and his fantasy to get famous this way and no doubt it’s working too.

Apart from the red and white colour, he also believed number 7 is lucky for him

He told his father named him after the number seven as he was the 7th child in his family. Sevenraj has seven buttons on his coat and his phone number also ends in 777. He also communicates in 7 multiple languages. Along with this, the number 7 is stitched into the headrest of his car. Seriously I have never seen such kind of craziness and obsession for the number 7 and red and white colour.

What are your views about this family and the obsession regarding number 7 and the colour red and white?

Also read: Effects Of Different Colors On You: Color Psychology

Is Wearing Safety Glasses Harmful To Your Eyesight?

What You Need to Know About Wooden Diffusers