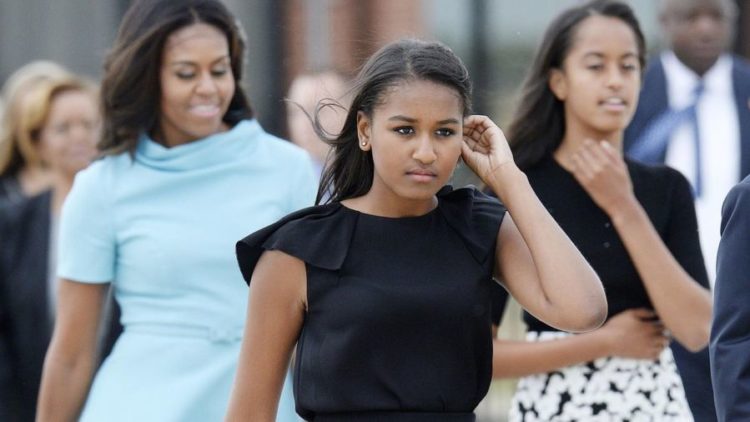 Most people know about the family of the former US president, Barack Obama. But now, the trending news is about the younger daughter of the former president, Sasha Obama. She is reportedly dating Cliff Powell Jr. The news became viral with some photos where Sasha is spending her time with Cliff. The couple is even walking together on the street.

Who is Sasha Obama?

Sasha Obama was born on June 10, 2001, in Chicago, Illinois, United States. Her birth name was Natasha Obama. She is the younger daughter of the former US president, Barack Obama. Her mother’s name is Michelle Obama, and she is the former First Lady of the US. She has an elder sister named Malia Obama. Her family belongs of African-American descent.

Sasha even worked at a seafood restaurant as a cashier in 2016. It was in the restaurant, Martha’s Vineyard where she worked for four hours daily. While she was working at the restaurant, six secret service agents accompanied her for her security.

Who is Sasha Obama Dating Now?

Sasha was dating her classmate, Chris Milton while she was studying at Sidwell Friends School. But what happens to this relationship stays a mystery. As of now, Sasha Obama’s boyfriend is Cliff Powell Jr, the son of actor, Clifton Powell. Clifton is popular for appearing in many movies such as

Who is Clifton Powell Jr?

Clifton Powell Jr. is the son of the popular actor, Clifton Powell. He is popular for acting in the movie, ‘Ray.’ Cliff is a former college basketball player and he has a good interest in visual storytelling and directing. Thus, he used to write scripts and his passion is working out to have creative muscles. Cliff continued to work in the field of directing and he learned so quickly about the art of directing due to some forces. He is learning new concepts from the new production he joins. He has some nicknames too such as CP3 and Cliff.

Throughout his childhood days, he grew up in the California community of Ladera Heights. Then, he went to Village Christian High School to do his primary education in the San Fernando Valley. His school tuition fee is $28, 340 annually. At present, he is 24 years old and he is dating a 20-year-old girl, Sasha Obama.

Cliff graduated from high school and he got a four-year basketball scholarship to study at the University of California, Santa Barbara. But he didn’t continue his studies here but dropped out of the University to focus on his film directing passion.

At present, he works as a writer and director and he is also worked for big companies like Nike and Peloton in creating content for them.

Cliff’s dad is a great actor in the Hollywood industry. Cliff’s mother is Kimberly Powell and she ran some businesses such as

Cliff has an elder sister, May Powell, who is an entrepreneur. May Powell is doing her own business named Suga Honey Galm Incorporated, a beauty products company.

At present, Cliff is 24 years old and he is dating a 20-year-old girl, Sasha Obama. Recently, the Daily Mail got photos of the couple, Sasha and Cliff and they are walking on the road casually. In such photos, Cliff was wearing jeans and a T-shirt and Sasha was wearing a crop top and a peasant skirt. She was wearing Birkenstock clogs in that photos.

Sasha already had a relationship with his schoolmate, Chris Milton. But this relationship didn’t work well. Now, she is dating the director, Cliff. Even her mother, Michelle Obama confirmed the dating rumors of her daughter. She confirmed that her daughter has a boyfriend. She talked openly on the ‘The Ellen DeGeneres Show’ about her daughters.

Based on her talk, it is clear that her daughters are bringing their boyfriends directly to her home. She also shared that before her daughters were kids but now she is all grown-up and they have boyfriends in real life.

Sasha’s sister, Malia is dating her long-time boyfriend, Rory Farquharson since she met him at Harvard in 2017.

So, it is clear that all are true about what the media talks about Sasha Obama’s dating life. Thus, go through the article to know more about Sasha and Cliff.