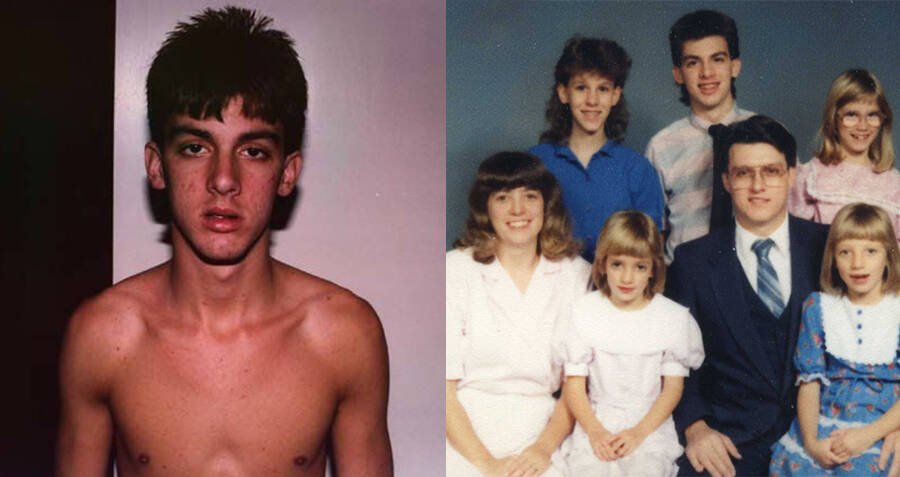 Jeff Pelley is a name related to the cold-blood murder of his family. This murder is one of the terrible crimes as he was convicted only after 17 years of trial. No proper evidence, murder weapon or motive behind the murder made it more mysterious. However, after 17 years, there is an end to this case.

Let us see how the police find Jeff Pelley guilty of the murder of his family.

The night of the murder scene

The start of this story is on April 30 1989. The church in the Olive branch waited for the reverend Robert Pelley. The family did not appear for the church meeting. Due to their concern, some of the members went to check them. None of them expected the Pelley family, that is, the pastor, his wife and daughters lying dead on the floor.

The police did take this murder seriously as it was a homicide case. All they did see was a pool of blood from four dead bodies. The police saw only Jeff Pelley, the troubled son, was missing. This teen was charged with theft two weeks before this murder scene. Moreover, the police did make Jeff Pelley the number one suspect.

They did track Jeff the next day at an amusement park. Also, as a number one suspect police convicted him of the murder. However, there is no evidence of whether he did the murder. Let us see much more detail about this disturbing murder case.

The background and unusual childhood

Born in 1971, Robert Jeffery Pelley is from a religious family. His father and mother first met at Nazarene University. In 1970 the couple married and had their first child Jeff 1971. The second child of the couple happened in 1976. His father, a religious man, got a computer programmer job in 1980. The family did move to Florida due to this. Also, Ava Pelley, his mother, had skin cancer and passed away soon. However, their father met another window and married her.

After this marriage, there is a new family for Jeff and their step sisters too. The entire family then went to Indiana to enjoy a peaceful life. There are tensions in the family that make Jeff suspicious about murder. Some of the neighbours in Indiana reported to the police a fight between father and Jeff. (Details)

Jeff Pelley Prom Night after the murder of his family

Jeff Pelley was not a normal teenager as he did steal cash from a local home. Bob Pelley, his father, punishes him after this. The police Senter who works in the murder case, said that his father grounded him on his prom night. Further, this prom of Jeff Pelley includes a school program and an outing. After this punishment from his father, it crushed him. Senter, the Policeman, says Jeff Pelley attended the prom night after shooting his father, mother and step sisters.

Moreover, it was shocking for church members who saw the Pelley family murdered. This case also shook the Police Senter, who did see the family lying in the pool of blood. Mother Dawn was clutching the hands of her daughter when dying. Since Jessica, Jacque, and Jeff were not present at the murder scene; police started their investigation from them. They checked the alibis to confirm if there was any involvement of these children.

The intense investigation of the case

Jeff Pelley was the major suspect in this cold murder as many things pointed him as the murderer. However, no proof says that Jeff Pelley is the murderer. The murder weapon missed the scene, and the police did not get any evidence. There are no witnesses or weapons that relate to the scene. When the police asked Jeff about his stepmother, he did not reveal much.

Further, he confronts that she and Jeff did not do much of the talking. Also, he says that there is nothing such as hate between them. They share a normal stepmother and son relationship.

Moreover, this is the most difficult part of the investigation. The police department searched for any clues that led them to the murderer. For many years the case has been open without being able to find who did it. After 5 no one went to the Pelley house. However, one person leaving the house at 5.30 in the evening was Jeff. This is a breakthrough in the case that shows no one could have done it other than him.

Further, the theory of police is that Jeff used a shotgun to kill four of his family members. Plus, after the murder, he hid the weapon in a location only he knew. After this horrific crime, he washed his jeans that had blood and got dressed up to go to the prom. However, all this theory is never enough to charge him for the homicide.

The final charges and punishment for Jeff Pelley

In 2006 after roaming freely for years, Jeff Pelley joined the IBM Company in Florida. The killer was loose and lived a normal life after committing a brutal homicide. Even though the incident occurred in 1989, it is on 2006 that the trial for the murder began. With the provided evidence in court, the jurors could charge Jeff Pelley with homicide.

His prison sentence is 160 years for the murder of his father, mother and sisters. All the people who interacted with Jeff Pelley on the night of the murder say he looked normal. There is nothing that makes him suspicious that day. However, Jeff Pelley did not miss the punishment as there is evidence that proves that he is the only person who could have done this.

On the night of the murder, Jeff Pelley did wash his blood-filled pants at the washing machine. The court reveals fewer details about the evidence. Still, the blood taints in the washing machine cylinder show that someone has washed their clothes. Also, the blood spots on Jeff Pelley’s jeans convey he is the murderer. As of now, Jeff Pelley is paying for his crime. He is behind bars as the case is still going on. The final hearing of the case is going to happen in 2022.