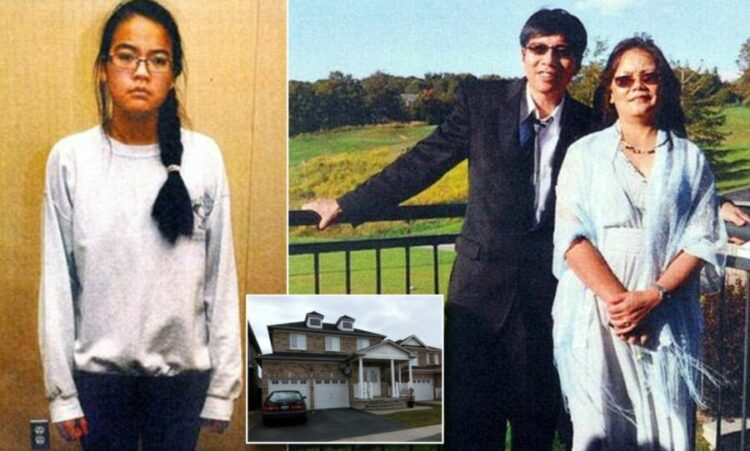 Jennifer Pan is one of the worst children that any parent could have. She was a teenager who has years of experience in forging papers. Jennifer Pan’s parents are strict. Due to this, she chooses a bad path in her life. To earn a good name from her parents she first starts to forge report cards. Doing this helped her to change any bad grades into top grades.

Jennifer pan is a not an average teenager but now a criminal by law.

The bad things that Miss Pan did to her parents

In college she also starts to forge transcripts and various other documents. She also has a boyfriend Daniel Wong who was with her during forgery. For the world, Jennifer Pan was a normal, disciplined teenager. However, the reality was much different from what any could imagine.

When Pan’s parents find out about her malpractice they scold her for it. This is when Jennifer Pan decides to hire Hit men to kill both of her parents. Let us see what the story of 24-year-old Jennifer Pan leads to.

Background and lifestyle of Jennifer Pan

As a young student, Jennifer Pan was bright. She did her schooling at the Catholic Secondary school in Markham Ontario. The parents of Jennifer Pan are Vietnamese refugees. Due to this reason, her parents maintain discipline and strictness in their upbringing. Her parents taught her one thing again and again. All they wanted was for their daughter to get into Ryerson University in Toronto.

The father and mother of Pan are Huei Han and Bich ha Pan. They regulate her life so that she leads in a way of success. As a child her parents restrict her from any other hobby. Jennifer Pan has restrictions to attend piano, skating and martial arts class. The goal of Pans’ parents is for her to graduate from university and get a high-paying job.

Jennifer Pan forged a report card with her boyfriend

Jennifer Pan’s parents wanted her to follow a disciplined life. However, all she did was the exact opposite of want her parents expected. As a bright student, she did not continue her parent’s dreams. Pan was a distracted kid she hardly passed high school. Further, she did much worse things for almost a decade. Jennifer Pan had the habit of forging her report cards.

Also, she did have a boyfriend which her parents did not have clue about. Pan’s parents after many years found that she is forging her report card. This is when Jennifer Pan thought of a brutal plan to murder her parents. Her Boyfriend Daniel Wong was part of the plan to kill Pan’s parents.

The parents of Pan were hard-working and did everything to provide for the family after fleeing from Vietnam. After arriving in Ontario Huei and Bich pan earn their fortune in the country. They earned the money to purchase a home, Mercedes car and Lexus. They could also accumulate a wealth of 200000 dollars as savings. Pan’s parents did all this hard work to provide a good future for her.

Apart from training Pan well for academics, they keep her active in sports and skills. At four her parents join her in piano classes and 8th-grade skating class. Moreover, in eighth grade, she had a ligament problem that makes to her dream to skate impossible. After this incident, Jennifer pan starts to self-harm herself due to failure.

In high school, she starts to date her secret boyfriend Daniel. During this relationship, Jennifer found peace with her strict parents. However, this did not last when he was dismissed from high school as they find marijuana in his car. Plus, due to this Pan getting good grades, she now becomes a poor student. As an A-grade student, she got a scholarship from Ryerson University at an early stage.

However, this did not last long as Pan gets bad marks in calculus which makes the university withdraw theory to offer. In 2004 Jennifer pan starts to forge all of her report cards from Ryerson. She even lies about getting a scholarship at Ryerson University. At some points, Pan’s parents did believe her and happily gift her laptop.

The moment of truth in Pan’s life

Jennifer Pan did not get admission to Ryerson University due to bad grades. However, her lie about going to university continued. Every day she pretends to go to college. Mostly she visits Café and Daniels Dorm room every day.

It’s 2008 at the time of graduation she tells her parents to not attend the event. To cover up the story she told me that the college only gave away one pass per student. She told about giving one pass to her friend. Due to these reasons, the parent could not find out the truth about Pan. Jennifer Pan upgraded her lie of finishing college and volunteering in a children’s hospital.

Huei and Bich Pan get suspicious about their daughter’s job when they saw no Id or uniform in the hospital. Finally, the whole lie about Miss Pan’s fake college graduation and a job came to the light of the parents. Parents confiscate Pan’s laptop and forbid her from dating Daniel after finding the truth. When the moment of truth finally arrives in Jennifer Pan’s life after she years she plans a murder.

Hiring Hitmen to murder the parents

At the age of 24 years, Jennifer Pan regains the trust of her parents by acting well. she did not date Wong or go out to dance. All this enables their parents to trust her again. However, Pan saw this as an opportunity to in touch with Wong again. Now she plans with Wong to hire Hit men to kill her parents.

Wong had friends with men who would murder for money. On a Halloween night, Wong comes to get approval from Pan for the murder. She even texts her okay for this act. That night Heui was reading downstairs. Eric Carty now enters the room and shoots Bich three times on the head. And Heui was shot in the shoulder.

Jennifer Pan planned to show this planned murder as a burglary. So Eric the hit men tied her hands behind with rope. After the incident, Pan pretends to call 911 and help arrives. However, Pan did not get away with this murder from the police.

During the question, they found out she did it. Further, Huei survives the incident to confess to the police about all that his daughter did to murder them. Jennifer Pan and Daniel got arrested for the first degree of murder in this case with no parole.