John Jones: The Man Whose Grave is in The Nutty Putty Cave 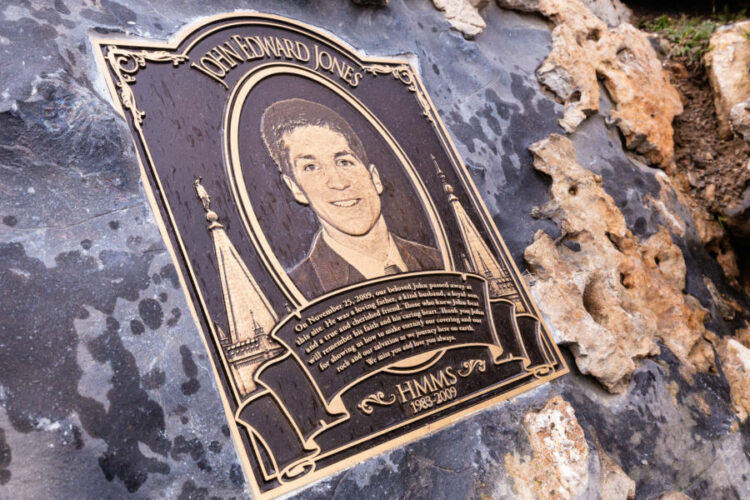 John Jones cave experience remains a nightmare for everyone. John Edward Jones is a fun and lively man who loved spelunking. However, his greatest passion is a thing that cost him his life. The story of John Jones cave is tragic as he is a man who passed away in the Nutty putty cave. John’s family has a great interest in exploring caves. The brother of John is josh who also enjoys caving exploration with the family. This Jones family in Utah is known for their unique vacations. For many vacations, they travel to nutty putty and other caves to have a great time with each other. In 2009 the Jones family wanted to have a gala time on Nutty putty cave.

However, this vacation did not end well. When exploring the John Jones enters a narrow tunnel and gets struck. Even after many hours of the rescue operation, no one could help him due to this he lost his precious life in the cave. Let us see more about John Jones cave and his last suffocating experience in Nutty Putty cave.

The family vacation before thanksgiving

John Jones was from Utah and had an interest in underground expeditions from childhood. However, in 2009 thanks giving John was about 26 years old in his prime of life with a wife and daughter. Plus, during the vacation, they were planning to explore the Nutty Putt cave. This is a site that is located 55 miles away from Utah near salt lake. At 8 pm John enters this cave with the rest of the family.

It is a day before thanksgiving john was 26 and Josh his brother 23 years old at that time. Further, john did not do any cave exploration for one year. However, this good time he planned with the family turned into a horrible end.

The birth canal that takes away the life of John Jones

The Jones family were enjoying one hour of cave exploration. John decides to enter the birth canal. It is a part of the cave that is known for its natural formation of tight passages. To travel this tunnel they have to crawl through a tight spot. Nutty Putty is one of the daring cave explorations. Moreover, in the canal birth, explorers need to put the head first, and move the hips to go forward in the tunnel. John Jones did the same thing to go through the tunnel. However, without realizing he went far deep into the tunnel in by leaning his body on his stomach. Once he went a little deep the cave was a bit sloppy. Nutty putty is a narrow tight Tunnel.

Before it was late John realizes that he has made a mistake that is going to cost his life. As a narrow cave there was no way for John to turn around and make his way out of the cave. The birth canal is the point his body has stuck No room to wiggle or go head of a move backwards put John in a serious spot.

The challenges John Jones faces in the tight birth canal

The atmosphere of a fun family get-together suddenly turns into a tragic incident about to happen. The tension between all the family members and John himself struggling to breathe is truly a nightmare. It was a very tight spot that became difficult for John to exhale air out of his chest.

Sliding more into the death hole of Nutty Putty cave

The whole John family was in safer tunnels of the cave. However, Johns’ brother did not find him near them so he thought to look out. Josh is the first one to find John. After seeing his brother’s worse condition Josh tried to pull him up. He grabs Johns’ calves to pull him towards the upper side.

When doing this, the situation got even more dangerous. Unfortunately, John slides more into the death hole. At this time no one could see Johns as he went more deep inside the tunnel. Also, John has both hands now pins near his chest. The birth canal gets narrower when going deeper.

John at this point could not do anything to save himself. The entire family sacred of this situation prayed to god. John prays to god to save him for his wife and one-year-old daughter. The next move for the family is to rush for help. After seeking help rescue operation to save John Jones’s life starts. Let us see why hours of rescue operation could not save the life of John Jones.

The rescue arrives within minutes to get John Jones Caves out. At 12.30 Susie a rescuer could see only a pair of navy sports shoes from John. At that time John was already in the cave for three hours. When Susie talks reassuringly to John he says that he wants to get out. For the entire day many rescuers do everything to get John out. More than 100 rescuers and Pulleys were employed at the spot to help John Jones. Many people have been the victim of the Narrow passage of Nutty Putty cave.

The case of John caves was more stressful as he was in a downward position. Time was running out for John Jones even when rescue operations were in full swing. No oxygen and blood circulation to the brain put John’s life at stake. They even use a pulley to bring him up but this was a failure. Suddenly Pulley becomes loose due to the anchor point in the cave. Even after trying to rescue him out of John Jones caves, they could not save his life.

After 27 hours John experiences cardiac arrest and passes away. This horrible news shook his family but they did thank the rescuers for putting this much effort and time to save his life. People remember this Nutty Putty cave as the grave of John Jones. To this day his body is not recovered it is a grave for him. Fear of more dangers and death Nutty Putty cave is closed from that day.