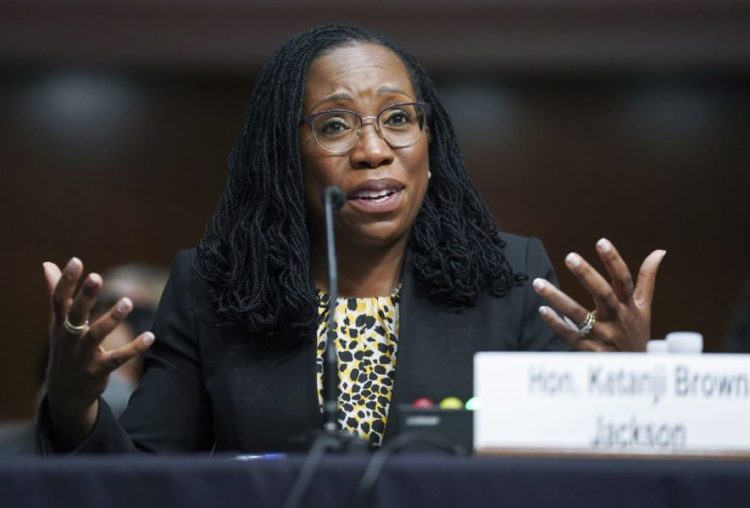 Have you heard about the first black woman who became the Supreme Court judge? Ketanji Brown Jackson is an American attorney and a jurist. Since 2021 she is serving as a federal judge on the United States Court of Appeals for the District of Columbia Circuit 2021. She is fifty-one years old. Many are praising her for her great achievement. She has made many black women proud. In February 2022 President Joe Biden shared that Jackson became the nominee for Associate Justice of the Supreme Court of the United States. She took the place once filled by the well-known judge Stephen Breyer. You can find all the details of Ketanji Brown Jackson.

Where is Ketanji Brown Jackson from?

Ketanji Brown Jackson is from Washington DC. Her parents are both graduates from historically Black colleges and universities. She has a father named Johnny Brown who is a lawyer. Then he became the chief attorney of the Miami-Dade County School Board. Her mother’s name is Ellery and she served as the school principal at New World School of the Arts.

When Jackson was in college her uncle was put in prison for a nonviolent cocaine conviction. After that Jackson persuaded one law firm to take his case pro bono. President Barack Obama commuted his sentence. She has another uncle who served as Miami’s police chief. Further, Jackson is a descendant of the delegate to the Continental Congress, Jonathan Jackson. He is related to Oliver Wendell Holmes, Jr Associate Justice of the Supreme Court of the United States.

Jackson spent most of her young years in Miami, Florida. In 1988 she graduated from Miami Palmetto Senior High School. In her senior year, she received the oratory title at the National Catholic Forensic League Championships. This became the second-largest high school debate tournament in the US. After completing high school Jackson attended government at Harvard University. She also performed improv comedy and also attended classes in drama.

How is Ketanji Brown Jackson’s career?

After completing law school Jackson started to serve as a law clerk to Judge Patti B. Saris. Then she also served under Judge Bruce M. Selya. After that, she started private practice at Washington, D.C. law firm Miller Cassidy Larroca & Lewin. She worked as a clerk for Justice Stephen Breyer of the U.S. Supreme Court. From 2000 to 2003 Jackson worked for a private legal practice. She first served at Boston-based law firm Goodwin Procter for two years. From 2003 to 2005 she worked as assistant special counsel to the United States Sentencing Commission.

In 2009 she was nominated by Barack Obama to become vice-chair of the United States Sentencing Commission. She won the nomination by unanimous consent and succeeded Michael E. Horowitz. During her time at the commission, she amended the Sentencing Guidelines to lessen the guideline range for crack cocaine offences. After that, she enacted the “drugs minus two” amendment.

In 2021 Obama nominated her to become the judge of the United States District Court. Republican Paul Ryan who is her relative through marriage shared “Our politics may differ, but my praise for Ketanji’s intellect, for her character, for her integrity, it is unequivocal”.

Selected rulings in her service

In the case of the American Meat Institute v. U.S. Department of Agriculture that happened in 2013, Jackson rejected the meatpacking industry’s request to get a preliminary injunction. The company wanted to block the U.S. Department of Agriculture rule and required them to identify the animal’s country of origin. She found out that the rule did not violate the first amendment.

Further, she judged the case of Depomed v. Department of Health and Human Services in 2014. She ruled that the Food and Drug Administration violated the Administrative Procedure Act. It is because it did not grant exclusivity for the pharmaceutical company Depomed market for its orphan drug, Gralise. Jackson concluded that according to the Orphan Drug Act FDA required Gralise exclusivity.

Ketanji Brown Jackson is a member of the Judicial Conference Committee on Defender Services. She is also a member of Harvard University’s Board of Overseers. Currently, she serves on the board of Georgetown Day School. Plus she has served as a judge for several mock trials in Shakespeare Theatre Company.

Her marriage and children

In 1996 Ketanji Brown Jackson got married to surgeon Patrick G. Jackson. Like her family, her husband’s family is also well-educated. He is a sixth-generation Harvard graduate and his family is considered as Boston Brahmin. The Jackson family members are traditional upper class often associated with Harvard, upper-class clubs and more.

Ketanji and Jackson have two daughters. The names of the daughters are Talia twenty-one years old and Leila seventeen years old. The love story of the couple started when they were studying at Harvard. One time he shared a sweet message to his wife on Twitter. He paid tribute to his wife by saying “Happy Loving Day! I am especially thankful to be walking through life with a brilliant and compassionate partner who still takes my breath away, made possible by sacrifices like Richard and Mildred Loving”. Even though he is a surgeon he is always fascinated by his wife’s work. It shows that he is a supportive husband.

It is inspiring to see black women like Ketanji Brown Jackson. She started her life with a goal and was determined to fulfil it.

Also read: What Does a Black American Flag Mean?