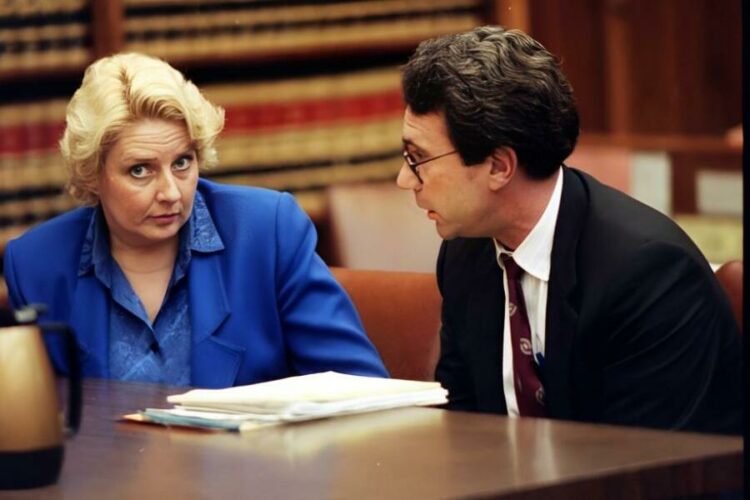 Kim Broderick, raised in San Diego by two famous and wealthy parents, appeared to have all she needed. Her parents, Dan and Betty Broderick, separated after a separation that turned into a nightmare when she was attending prestigious schools and taking lavish family holidays.

Betty turned violent throughout the acrimonious separation that lasted for years, during which Dan Broderick married his new girlfriend, Linda Kolkena. After allegedly harassing the young couple and even driving her car into their home, Betty was eventually the subject of a restraining order sought by Dan.

Then, on November 5, 1989, Betty Broderick killed her ex and Kolkena while they were in bed, bringing the drama to an end.

At the time of her testimony in her mother’s murder trial, Kim Broderick was still a young adult, at 21 years old. She described how her mother had referred to her as a “traitor” and expressed her desire to never have been born.

She insisted that her mother had even contacted her shortly after she had murdered her father to explain what she had done.

On January 7, 1970, Kim Broderick was born in San Diego, California. After meeting at a Notre Dame football game in Pittsburgh, her parents had tied the knot a year ago. In the beginning, Betty Broderick—a devout Catholic who taught and babysat while Dan finished his studies at Harvard Law School—served as the family’s breadwinner.

Kim Broderick was the oldest of five children. Lee, her younger sister, was born in 1971, while Daniel and Rhett, her brothers, were born in 1976 and 1979.

The Brodericks had no issues with money. Dan made over $1 million annually at a reputable law practice. The happy family had a large home in La Jolla, a boat, and a ski condo that belonged to many country clubs and kept a fire-red Corvette in the garage. Up until 1983, Kim Broderick’s mother appeared to be truly happy.

The Affair Between Dan and Linda

That year, Dan promoted his 22-year-old secretary Linda Kolkena to become his assistant, which made Betty uneasy. Kolkena, a former flight attendant, couldn’t type and didn’t even have a degree. Dan had a long lunch with Kolkena when Betty paid a surprise visit to his office, and two empty champagne glasses were on his desk.

In a rage, Betty threw everything from stereos to bins to ketchup bottles when Dan tried to deny that the two were having an affair. Betty didn’t believe him. Betty, according to Kim Broderick, “would scratch him and everything” and once even set fire to his clothes in the front yard while the Broderick kids looked on.

Kim Broderick said, “She grabbed a can of gasoline from the garage and poured it all on them. The number of items was massive. She also emptied the drawers over the balcony of all the undergarments. Subsequently, she burned it with gasoline and went to get black paint, which she poured all over the ashes of the fire.

Kim Broderick said that her father had “picked up the few things that weren’t burned or wrecked, and then they went to bed like everything was normal”.

Dan relocated to Kolkena’s house while the couple was still married. The scenario eventually became violent.

The Brutal Murder of Dan Broderick and Linda Kolkena

In 1985, Betty broke into Dan Broderick’s new house and spray-painted the bedroom, prompting Dan to get a restraining order against her. At the time, she was fifteen. The father of Kim Broderick sued for divorce and custody of all four kids a year later.

Betty reportedly informed her children that she would kill their father as the contentious hearings went on.

Then, out of spite, Betty started leaving the kids unexpectedly at her husband’s residence. Kim Broderick described her younger siblings as “hysterical — clinging onto her, wailing and shouting.” “Don’t leave us here,” I sob fiercely. Your dad’s not going to get away with this, the unstable mother of Kim Broderick allegedly retorted.

Betty Killed Her Husband and His Second Wife

Betty violated her restraining order in February 1986 when she plowed into the front door of her husband’s home. She maintained that this was in retaliation for Dan selling her house without informing her as per a court order. Kim Broderick remembered that the crash “sounded like a chainsaw,” which prompted her to flee through the backdoor.

She remembered that when her mother returned 20 minutes later, “she stuck her tongue out.” Betty Broderick was hospitalized for three days after police found a knife in the car. After the divorce was officially formalized in 1989, Dan Broderick was given custody of his kids.

Kim Broderick recounted, “Mom and I didn’t get along. She probably didn’t think much of me. Oh, well, I was driving past SeaWorld on the street when I suddenly remembered how much I despise your guts, she added. You only make me feel bad. You’re just a traitor, and you make me want to be sick and vomit. I wished you had never existed.

Dan Broderick’s marriage to Kolkena on April 22 was the final straw for Betty Broderick, who had been harassing her ex-husband by sending vulgar messages on his answering machine. Dan and Kolkena were shot in their bed at 5:30 a.m. on November 5 when Betty broke into their house using a key her daughter Lee had given her.

The first persons she called to confess to the killings were Betty Broderick’s kids. Kim stated during her testimony at her mother’s trial in the fall of 1990 that her mother did not sob as she confessed to her crimes. She also remembered Betty telling her that she had run out of ammunition on the night in question and had planned to commit suicide.

Betty Broderick was found guilty in 1991 after being charged with two charges of second-degree murder and given a 32-year to a life sentence. Kim has consistently refused her mother’s pleas to write any letters in favor of an early release, as described in her 2014 biography Betty Broderick, My Mom: The Kim Broderick Story.

Also read: Mitchelle Blair: A Mother Who Killed her Children and Hide Their Bodies in The Freezer