Know About The True Story of The Demon Valak, Who Terrified Audiences in ‘The Nun’ 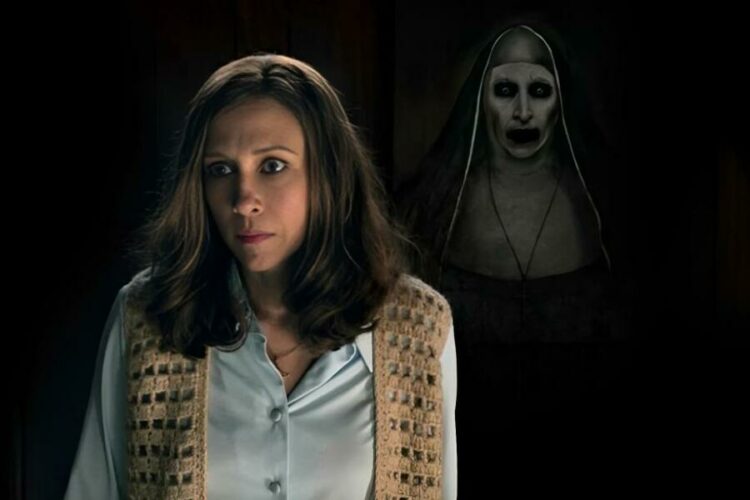 The name “Valak” has returned to modern popular culture thanks to the Conjuring universe, and most notably the 2018 movie The Nun. However, few people are actually aware of what or who Valak is. Let’s know more precisely and reveal the real story behind the demon Valak!

The demon Valak appears as a young boy with angelic wings but is not an angel. He rides a two-headed dragon and has the power to command serpentine spirits to carry out his evil will. Although he fools people into believing he is innocent by taking on a childlike appearance, he draws them to their tragic end. But when fully invoked, he appears as a pale man with black hair and dark eyes.

When hundreds of young people were sold into slavery in 1212 AD during the Children’s Crusades to the Holy Land, Valak was sometimes made responsible. Moreover, he is sometimes held responsible for the Pied Piper incident in 1284, which involved 130 children who vanished from the German community of Hamelin. Since they are more sensitive to being convinced, children seem to be their target audience for Valak, yet he is not just sufficient for them; he can also seduce adults.

When Did Valak First Appear in Human History?

In the seventeenth-century grimoire The Little Key of Solomon, Valak makes his first recorded appearance. Grimoires are books of spells that include symbols, invocational formulas, charms, and other magical elements. The book mentions 72 demons that he is said to have banished throughout his rule, and the Solomon that is mentioned in the book is the same as the descriptions of King Solomon in the Old Testament. Although Valak is mentioned in other works, there are several different ways to spell his name, including Ualac, Valu, Doolas, and Volac.

He is a President Might and Great, and appears as a Child with Angel Wings, riding on a Two-headed dragon, according to Valak’s description in The Lesser Key of Solomon. His job is to provide accurate information about hidden treasures and to identify potential Serpent reports. That which he will deliver to the demon without using any force or strength on his part. He is in charge of 38 Legions of Spirits, and this is his Seal.

Did Valak Appear as A Demon in The Nun?

Valak has been recognized throughout history, but in more modern popular culture, the demon has made a comeback. The demonic nun character known as Valak appears in the 2018 horror film The Nun, a sequel to the Conjuring horror series. Valak has never been shown in this way before, therefore the movie’s depiction of him is at odds with how it is mythologically depicted in the past.

Furthermore, Valak has never been portrayed as a female. His appearance as an innocent young child is his most distinct feature. Almost nothing connects the movie demon and the mythological demon Valak other than the fact that they have the same name. What led to the use of the name Valak in this movie?

What Led Valak to Become A Nun?

The Carta Monastery, which was built in the 1200s in Transylvania, southern Romania, is the main focus of the movie, much like the church in Borley. The 2018 movie’s haunting was based on the monastery, which was originally constructed in the shape of a cross but later suffered major destruction.

The movie’s producer, James Wan, listened to Lorraine’s profile of the demon that continued to haunt her after she left Borley. He knew he wanted that to be the model for his demon, but he wasn’t sure how to do it. “When I initially heard that, I thought, ‘Oh crap, that’s going to be a CGI character,'” said the speaker. I wasn’t going to do that, Wan said.

So, he added, “it kind of took me a bit to put in my mind what this vision was. Finally, it came across as being natural. I needed something that would weaken her faith because the creature that haunts her and only attacks her is a demonic vision. Therefore, even though Wan’s picture bears little resemblance to the mythic demon Valak, the 2018 movie restored interest in it and sparked global curiosity about what Valak is.

The demon Valak, who is at the centre of the horror film The Nun, has been mentioned for centuries, despite the fast dismissal of such claims by sceptics.

Valak can be found in several mediaeval grimoires, which were books on spells and demons.

Valak does not show up as a nun, as she did in the 2018 movie; instead, she manifests as a scaly young child with the power to summon serpents. According to literature from the 17th century, Valak is in charge of a legion of serpentine spirits and has the power to call forth actual serpents to carry out his malevolent whims.

The divine dread that Valak inspired in the god-fearing populace of yore was undoubtedly real, and it still sends chills through moviegoers today. We can say Valak itself may not be real!