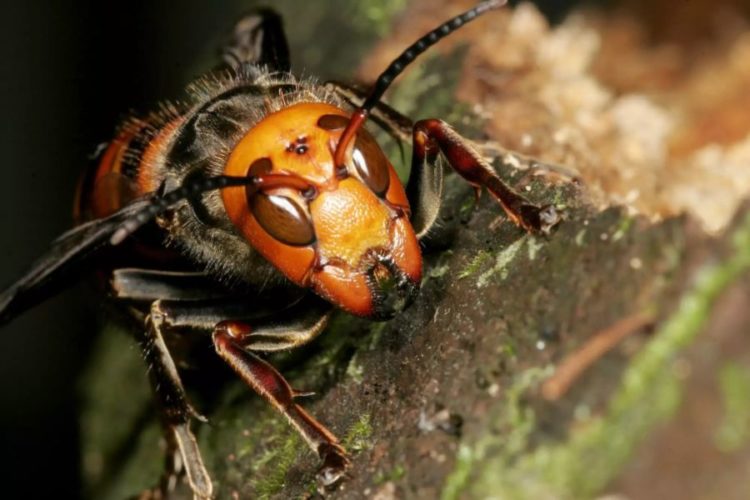 Many of you might be puzzled by the term murder hornet; however, if we mention the term giant Asian hornets, you will figure it out at once, right? In recent years, they have become established as murder hornets in the Channel Islands. Moreover, there are growing fears that they could spread all over the UK mainland.

In fact, volunteers in Guernsey have captured seven so-called “murder hornet” queens as part of a “spring queening” project in which people set up over 260 traps. Moreover, they designed the project to eliminate the hornets before getting the chance to establish nests. So would you like to know more about these murder hornets? Stay with us until the end, as we will share some of the significant details about this category of insects. Let us have a look!

What are Murder Hornets?

As we mentioned earlier, the Asian giant hornet, or at times referred to as the Japanese giant hornet, is the world’s largest hornet. In fact, it is native to temperate and tropical East Asia, South Asia, Mainland Southeast Asia, and parts of the Russian Far East. At the same time, people also found hornets in the Pacific Northwest, North America, and North America, with a few more sightings and nests here and there.

Mostly Asian giant hornets prefer to live in low mountains and forests. Furthermore, they almost completely avoid plains and high-altitude climates. In fact, they feed primarily on larger insects, colonies of other eusocial insects, tree sap, and honey from honey bee colonies. The hornet has a body length of 45 mm, a wingspan of around 75 mm, and a stinger of 6 mm.

However, the scientific literature and official government sources refer to this species by its established common name, the murder hornet. The first sighting of an Asian hornet in Guernsey was in 2017. People believed that they had arrived in the Channel Islands from France.

They can also reach up to two inches in length, and they are a significant threat to honey bees as well as humans who are allergic to their stings. Let us find out some more exciting aspects about the murder hornets.

As you know, the Asian honey bee is a species of honey bee native to South, Southeast, and East Asia. Needless to say, they are the sister species of Apis Koschevnikovi, and both belong to the same subgenus as the western honey bee. We also know these Asiatic honey bees for building nests with multiple combs in cavities containing a small entrance. It is probably for the defense against invasion by humans or other bees. They mainly eat pollen, nectar, or honey. Moreover, they are highly social, which is reflective of their classification.

Meanwhile, these Asiatic honey bees have also developed a defense against the hornets. In fact, the European variety that provides most of our honey and fertilizes our crops does not have this adaptation, and the hornet can destroy a hive in a few hours.

Moreover, once a group of hornets has identified a honeybee colony, they will enter a ‘slaughter phase.’ Here they will relentlessly kill bees after bees. One murder hornet is enough to kill at least 50 bees in a day. So now, can you figure out the significance of its name?

Why are These Insects Known As Murder Hornets?

Many of you who are not much familiar with the name might have a question about why these insects have the name ‘murder hornets.’ Let us share with you the details. Even though they have a fearsome name, their venom is less toxic than that of other hornet species. But they have a long string to push through clothing. This includes even the protective gear that the beekeepers wear.

In this regard, the New York Times cites an explanation from Kyoto Sangyo University researcher Jun-ichi Takahashi. These insects earned their “murder hornet” nicknames because of their aggressive attacks and fatal stings. However, Michael Skvarla, an assistant research professor of arthropod identification at Penn State, writes that there is no common name for these hornets in English. They are technically named Vespa mandarinia, and we know them as “great sparrow bees” in Japan, “tiger head bees” in China, and “general officer hornets” in Korea.

As we mentioned earlier, they can easily kill 50 bees in a day. Humans should also be cautious of them. As per the sources from the media, they are “all over” Guernsey. Moreover, they say that these murder hornets have no particular hotspots. There will be several others nearby in places we find one hornet.

Furthermore, Asian hornet coordinator Alastair Christie said that the Murder Hornet invasion was now impossible to reverse. So Channel Islanders should “learn to live with” these mini beasts by taking proper measures. Moreover, there are also fears that the hornets could establish their own territory on the British mainland. This has led to the call for a “people’s army” to control this invasion.

As its name suggests, this hornet’s potent, venomous sting can be deadly to humans, especially if a person gets stung multiple times. Even though they are not the only deadly hornet, these bugs pack a particular punch. As per the researchers, their sting contains a specific neurotoxin that can sometimes send people into anaphylactic shock.

However, the number of people who actually die because of these stings is low in areas with an established population. Moreover, in Japan, the giant hornet kills between 30 and 50 people per year, according to a 2006 Clinical Toxicology study.

But still, the insect is formidable. Its orange-and-black striped body is 1.8 inches long, with a 3-inch wingspan. This makes it the biggest known wasp (hornets are a type of wasp). A the same time, the giant hornet is also the fastest wasp in the world. It can fly up to 25 miles per hour.

There are various types of insects present worldwide that we do not know about, and some are pretty common. However, murder hornets are not much uncommon in the countries mentioned above. But there is no need for people to panic over these insects. All you need to do is remain cautious and take appropriate measures to avoid them. So you can go through this article to have an idea about how murder hornets are.

How to Choose The Perfect Plastic Dog Bed for Your Furry Friend?