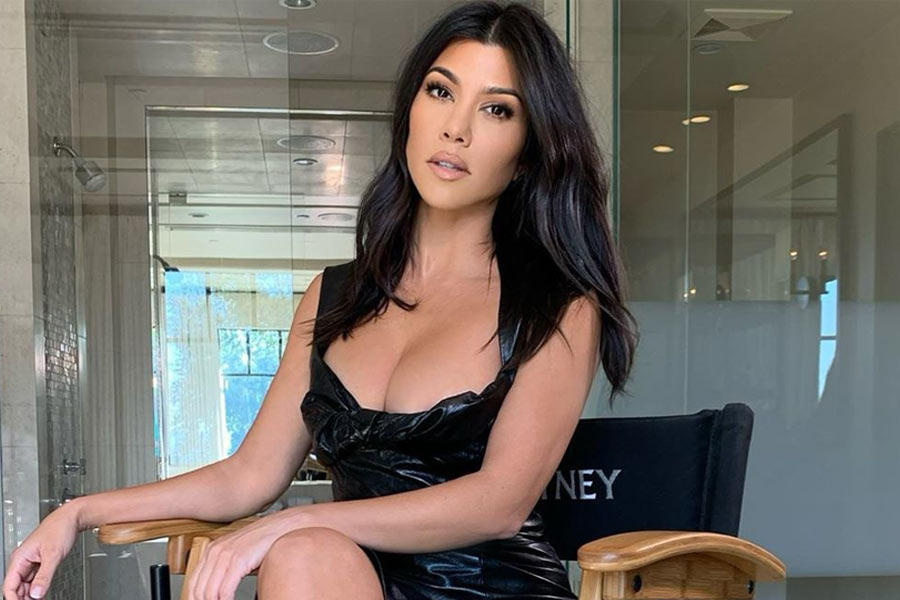 Kourtney Kardashian is a famous media personality and businesswoman. From 2007 onwards she and her family started starring in the television series called Keeping Up with the Kardashians. The show is very successful worldwide and because of that there are spin-offs such as Kourtney and Kim Take New York and Kourtney and Khloé Take Miami. Kourtney, her mother, and sisters are owners of successful cosmetic and fashion business. They are also popular on social media pages.

Kourtney Mary Kardashian’s birth date is April 18, 1979, and her place of birth in Los Angeles, California. The name of her father is Robert and the name of her mother is Kris. She is the eldest child of the family and has two younger sisters and a brother. However, in 1991 her parents divorced and her mother got married to Bruce Jenner in 1976.

Through her mother’s second marriage she has stepbrothers and stepsisters. She also has half-sisters named Kylie and Kendall who are close with her.

She went to Marymount High School which is an all-girls school. Then she moved to Texas and stayed there for two years to study at Southern Methodist University. She also went to the University of Arizona and received a bachelor’s degree in Theatre Arts.

Kourtney first came to the spotlight in the series Filthy Rich: Cattle Drive. Then in 2007, her sister’s sex tape with her then-boyfriend Ray J leaked that made the whole Kardashian family come to the public. The next year she along with her family was cast in the reality television series Keeping Up with the Kardashians televised on E!

Then Kourtney and her mother began a children’s boutique in Los Angeles named Smooch. Kourtney is also the co-owner of the brand of clothing called D-A-S-H, with her sister Kim and Khloé. In 2010 she and her sisters opened another clothing line for the brand Bebe. In the same year, she and her sisters made Kardashian Glamour Tan which is a sunless tanner.

She made her first acting debut in the soap One Life to Live televised on ABC. Her acting received negative reviews from critics. She is the representative of the skincare brand PerfectSkin along with her sisters. They also released the jewellery line for the popular company. In 2017 she opened solo fashion brand partnering with site PrettyLittleThing. She is also the owner of the site Poosh which is a Lifestyle website.

Kourtney was in a relationship with Scott Disick when they met at a party in Mexico. Then she had three children with him. Kourtney Kardashian kids’ names are Mason Dash, Penelope Scotland, and Reign Aston. She and Scott had on and off the relationship, as shown in the Keeping Up with the Kardashians.

Scott had an alcohol problem so he went to therapy and temporarily got rid of the addiction. In 2011 Scott bought an engagement ring and asked Kourtney her opinion on marriage but she replied that everything is going well at the moment and does not want to change it.

Kourtney Kardashian net worth is $45 million

Kourtney Kardashian is a rich woman. She is managing numerous businesses and is also part of a popular reality show. She is also receiving money from social media pages because of her brand endorsements. Kourtney belongs to one of the richest entrepreneur families in the world and all the members of her family are millionaires. Her net worth is $45 million. She has 93.5m followers on her Instagram account.

Kourtney Kardashian is a popular personality because of her fashion and cosmetic business. She has also many plans in the future to improve her business.