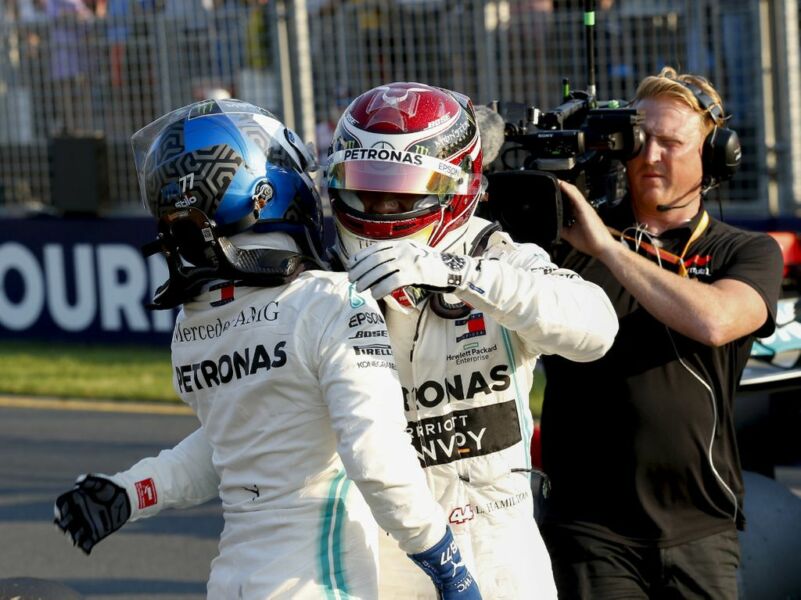 When the coronavirus had taken over the world with its deadly variants, the Mercedes F1 team had joined the Brixworth factory to help the victims of Covid 19. They together auctioned the overalls worn by Hamilton and Bottas during the 2019 season. Hamilton had worn the race suit in the free practice sessions of the 2019 Monaco Grand Prix, Austrian Grand Prix and British Grand Prix.

Bottas wore his race suit up for auction during Free Practice at the Azerbaijan, Monaco, French and British Grands Prix during the 2019 season. The highest bid for Lewis Hamilton race suit that was disclosed was $1,900 but for what amount did it actually get sold is unknown.

All the collection from the auction will go to NHS charities fighting coronavirus on the frontline.

This effort by Mercedes F1 will help to develop the new breathing aid which can be used as a less intrusive alternative to ventilators for those suffering severe symptoms of COVID-19.

The target of this effort was to reach 100 million pounds.

The race suit was not the only item

A lot of other products from the motorsport were also used for auction along with the suits of Lewis Hamilton and Bottas. There have been 27 verified deaths among NHS staff who have contracted coronavirus as of April 16 amid a shortage of suitable protective equipment.

Mercedes is working alongside the six other UK-based F1 teams to help develop and manufacture life-saving medical devices as part of the ‘Project Pitlane’ scheme following a call to arms from the UK government in March.

The seven teams have already contributed to the supply of more than 20,000 orders from the NHS for devices to treat coronavirus patients, as well as 10,000 breathing aid devices pioneered by Mercedes and University College London Hospital.

Mercedes has made its Continuous Positive Airway Pressure (CPAP) design freely available for other firms to copy, while it has also worked alongside its principal partner INEOSS to manufacture at least 5,000 PPE face shields for local hospitals around the team’s base.

McLaren is helping to develop protective equipment for frontline NHS workers, while the team’s former boss, Ron Dennis, has created a scheme to supply a million free meals to NHS staff during the ongoing crisis.