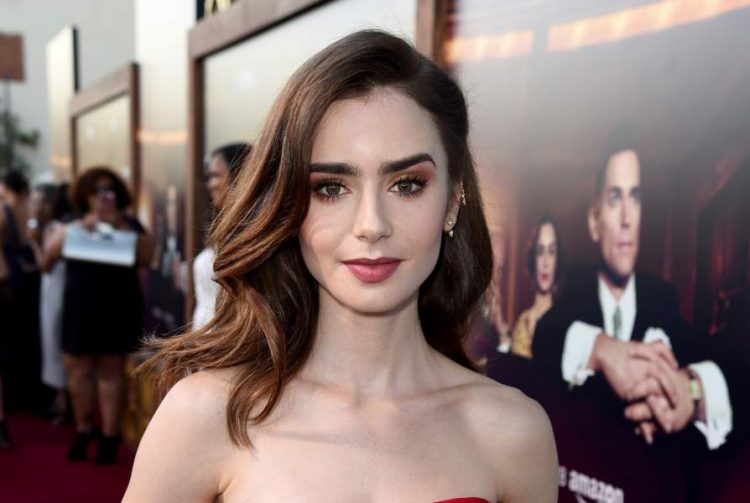 Lily Jane Collins is a popular American actress and a model. Her first onscreen role was in the series Growing Pains. Lily Collins age is thirty-one years old and she has acted in many popular roles till date. She became famous for her films such as Mirror Mirror, The English Teacher, Tolkien and more. She began her career in 1991 and is now having many future projects in store. Recently, she acted in Emily in Paris that has become popular in Netflix. Know all the details about Lily Collins Biography here.

The birth date of Lily Collins is 18 March 1989 and her birthplace is Guildford, Surrey. The name of her father is Phil Collins and her mother’s name is Jill Tavelman. Her father is an English musician and her mother served as the president of Beverly Hills Women’s Club. In 1996 her parents got divorced and so Collins moved with her mother to Los Angeles.

She finished her education from Harvard-Westlake School and then majored in Broadcast Journalism. She has many stepsiblings because of her father’s first and second marriage.

Collins started her career in Growing Pains. She then later modelled for many popular brands like Chanel. Later she appeared in many magazines wearing exquisite fashion dresses. In 2009 Collins acted in two episodes of 90210. Then she played a role in the film The Blind Side. On 2011 she played a role in the film Priest. Then she got the chance to play in the fantasy comedy Mirror Mirror along with Julia Roberts. She played the adorable and pretty snow-white in the film.

Some of the other popular Lily Collins films are The Mortal Instruments: City of Bones, Love, Rosie, Rules Don’t Apply, Okja, Les Misérables, and lots more. In 2019 Lily Collins and Zac Efron acted in the film Extremely Wicked, Shockingly Evil and Vile which is a film depicting the personal life of serial killer Ted Bundy.

Lily Collins in Emily in Paris impressed the audience with her portrayal of an American woman who moves to France because of her career. In the future, she is going to act in Mank.

Collins keeps her relationships private because of the very public divorce of her mother and father. So Lily Collins dating life if possible kept under the wraps. But many sources claimed that Lily Collins boyfriend was Charlie McDowell. On September 2020, Collins shared that she has got engaged to him. He is a film director and writer.

The net worth of Lili Collins

Lily Collins has become a popular actress in the Hollywood industry because of her acting talents. That is why Lily Collins net worth of $8 million. Many of her films grossed high in the box office and her most recent commercial success was Emily in Paris. The fashionable attire she donned in the series has become famous. She can rock any style to perfection.

Lili Collins is an excellent actress. She has joined with many film and TV series projects that will release in the future.

Also read: 8 TV Shows To Watch If You Like Netflix’s Emily in Paris