Lina Medina: The Youngest Mother in The History 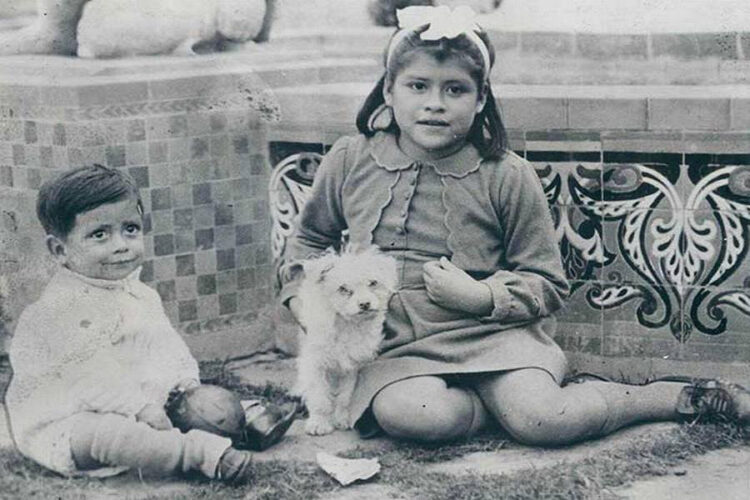 Have you ever heard of a girl having a child at the age of five? You must be a bit surprised after hearing this, right?

In 1939, a girl named Lina Medina, at age 5 gave birth to a healthy child. You did indeed read that right!

At just 5 years, 7 months, and 21 days old, Lina Medina is the world’s youngest mother to have given birth to a child. Something about this feels unbelievable. However, even in medical science, this is something of a wonder.

Medical reports on Lina’s pregnancy indicate that she was less than five years old when she became pregnant. Lina is also the youngest case of early puberty that has been recorded.

In Ticrapo, Castrovirreyna Province, Peru, Lina Marcela Medina took birth on September 23, 1933. Victoria Losea and silversmith Tiburelo Medina welcomed her into the world (a housemaker). She has 8 siblings.

Lina’s parents first observed a strange belly swelling when she was 5 years and 6 months old. They hurried to the hospital because they initially thought it might be a tumor. At the time of the diagnosis, Lina was 7 months pregnant, according to Dr. Gerardo Lozada.

At such a young age, Lina’s parents found it hard to imagine that she could be carrying a child. A specialist they later saw confirmed Lina is really pregnant and that the first diagnosis was correct.

A child weighing 5 pounds, 8 ounces was born to Lina through C-section. The child’s name was Gerardo Medina. She delivered this child at the age of five, making her the youngest mother in history.

This unusual instance, however, attracted attention from all over the world, with even pediatricians being shocked. Lina and her family, on the other hand, never desired this attention. Another intriguing element is that, up to this point, Lina has never revealed who her child’s father is.

One in 10,000 children often experiences precocious puberty, which is what happened in Lina’s case.

Looking for Information on Precocious Puberty?

Who is The Father of Lina Medina’s Child?

To her doctors or the authorities, Lina never disclosed any information about the father of her child. Even her pregnancy’s cause was kept a secret. It’s possible, though, that because she was too young, she was unaware of her pregnancy and what had happened.

Even Lina’s father was detained by the authorities after they suspected him of abusing his daughter sexually. Tiburelo, who had been accused of raping his daughter, was freed from the allegations because there was insufficient evidence or witnesses against him. It was even believed that Lina’s cousin was responsible for her pregnancy. The authorities, however, were unable to charge him with anything because of a lack of evidence.

What Could have Caused Lina’s Condition?

According to Eugster, most cases of precocious puberty are “idiopathic,” meaning they have no known cause. However, in a small number of cases, an abnormality in the brainstem called a hypothalamic hamartoma has been linked to the extremely early onset of puberty.

This particular type of tumor develops on the hypothalamus, an area of the brain that regulates the pituitary gland, an organ that produces and excretes a variety of hormones, including those that influence sexual development. Escomel came to the conclusion that Lina’s ailment was based on a pituitary problem despite none of Lina’s doctors having mentioned a tumor.

Today, synthetic hormones are frequently used to treat precocious puberty in children. These hormones can slow or stop the onset of puberty till the child is older, according to Eugster. The tumor can be treated with minimally invasive laser surgery if it is discovered that a hypothalamic hamartoma is the root of the problem.

Even though Gerardo was a healthy woman, he lost his life at the age of 40 from a bone marrow condition.

After assisting with the delivery of her child, Lina went on to lead a peaceful life as the doctor’s secretary. When Lina was in her 30s, she remarried Raul Jurado, and they finally had a son. Given that Lina has stayed out of the spotlight, it is unknown if she is still alive today.

Even though premature puberty has become more widely understood since the 1930s and Lina’s condition was unquestionably the result of sexual assault, her case continues to pique interest and attention from all around the world.

After over a century, Lina Medina is still the youngest mother in history recorded!