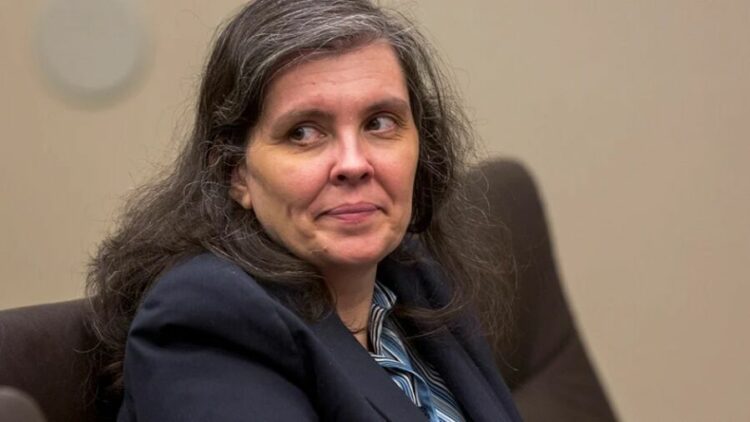 Louise Turpin is a brutal mother who has kept her 13 children imprisoned for many years. Turpin and her husband treated her children in a heinous way. These are the worst parents or humans one can imagine who starve their children daily. However, Turpin’s are now experiencing jail time for their crime in California prison. The children suffered social isolation for decades. Plus, many of the children did not know basic things in society.

However, one of the Turpin children escapes in 2018 and informs cops about their plight. Let us see how Louise Turpin and her husband get punishment for their crimes.

Abusive past and controversial marriage of Turpin’s

Born in 1968, Louise Anna Turpin belongs to a family of preachers. She has six siblings, and Louise did experience abuse in her childhood. From her abusive household, Louise did not learn to treat her children well but did the same thing. When Louise was 16 years old, her mother and father passed away. Keeping their abuse in mind, Louise did not attend her parent’s funeral.

In Princeton, West Virginia, she attends her high school. She also finds love with David, a 24-year-old man at that time. David wanted to start living with Louise, so he forced the school to sign her out. The couples also elope to Texas to live with each other. However, cops find them, but it does not stop them from seeing each other.

Finally, David’s parents agree to their relationship. In the same year, David and Louise marry with the blessings of his parents. Soon, the couple starts having children and is also abused in the Turpin household. Let us see how the abusive environment in Turpin’s house was visible to many neighbors.

The harsh treatment in Turpin’s house visible to neighbours

The crimes in Turpin’s house did not miss the attention of neighbours. The abuse of Louise and her husband did come to the notice of neighbours. The Turpin psychological problems were obvious to many. The residents even saw feces in the bed and house of the couple.

Plus, the surrounding of the house was not clean. Piles of garbage and animal carcasses sparked doubts. After this much commotion around Turpin’s property, no one took the step to report the cops. The imprisoned children of Turpin did not have any idea about reporting to the cops. The children were at the vulnerable stage with no food or proper care.

With no one to help, the turpin children had each other as their support system. One of them was brave enough to escape from the death hole to call the cops. Most of Turpin’s children not only did they suffer years of abuse but were chained. These children did not have permission to spend time outside. They had to live like animals in the house’s basement.

One day their 17-year-old daughter of Turpin jumps out of her window to call for help. In 2018 she sought 911 and informed them to save her siblings. In that report, she wanted them to free her younger sibling, who was chained to the bed. The young ones wake up in the night crying for hours for help.

The 17-year-old turpin’s daughter could not bear her siblings torture. She wanted them to live freely. The cops took the matter of rights seriously and made an arrest. During the investigation, some heart-wrecking truths about Turpin’s house came to light. Even today, their house is called the house of horrors due to brutal conditions.

The Turpin had children between the age of 2 and 29. The children were lacking nutrition. Due to years of abuse, they were weak in their physical and mental state. Louise Turpin was a wicked woman who did not even put her children in the bath. Personal hygiene was out of the room. Louise and David torture their children wanted.

Turpin’s did more brutal things to their children. Further, they even chained their children to bed. The elder son of the couple also reports his parents beating him up. They provide their children only a one-time meal making all 13 children anemic. The malnourished children did not have any help from the death hole. Let us see how Louise Turpin got away with her horrible crimes.

The truth that shatters everyone

After the arrest of Louise Turpin and her husband, the news spread like wildfire. Neighbours and friends were shocked knowing the crimes of Turpin. For the world, it seemed like the Turpin family was happy. No one knew the horrors of the household until 2018. On social media and to the public, the Turpin pretend to care for their children. Many such occasions deceived people about their behavior.

From 2012 to 2015, there are happy family photos that suggest to people that they are united. The pictures from Disneyland and Turpin’s vow renewable ceremony depict this family having a great time.

The normalcy on these occasions did not give room for others to suspect anything about them. In reality, the Turpin children were in brutal condition. They were pale, undernourished, and mentally weak due to their parent’s treatment. Let us see what the punishment Turpin is paying for their crimes are.

The punishment of Turpin and a peaceful living for the children

Both David and Louise Turpin have been charged with 14 crimes. Torture, harsh treatment, violence, and children’s imprisonment cost more than they imagine. The Turpin are experiencing a lifetime prison sentence due to their horrendous crimes.

During the case trial, the prosecutor clarifies that he wants to protect the children from these violent parents. Due to this, the court ordered the parents never to meet their children for a lifetime. Now Turpin cannot do any harm to their children. The 13 children are victims who are recovering both physically and mentally. Also, they are experiencing a peaceful life. Further, there are many measures by officials to protect their personal life.