Lululemon Murders: Brittany Norwood kills her coworker over a pair of leggings 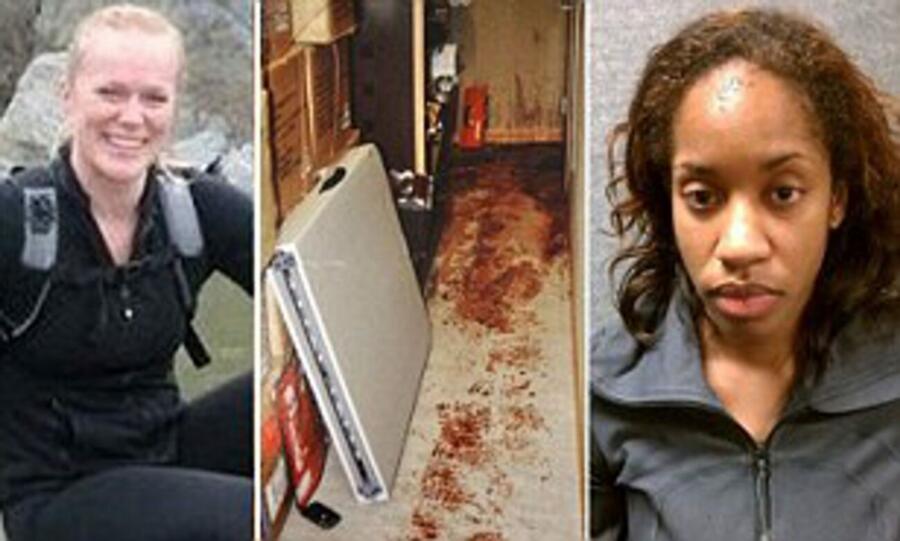 Several strange crimes make the motive of the murderer questionable. One such is Lululemon murders a petty fight which results in a serious crime. Brittany Norwood, an employee at the Lululemon Athletica Company attacked her coworker brutally.

The company in which both these women worked sells leggings. From the early 2010s, this company was popular with plenty of sales. However, what happened in this place in 2011 is shocking to people. The murder of Jayna Murray over leggings is a pathetic yet sad story. Let us know more about the Lululemon murders.

Jayna Murray, an employee at the Lululemon Company, was murdered by her Co worker Brittany. This incident happened when Jayna wanted to report Brittany for stealing a pair of leggings from the company. However, to cover the murder, she told the cops that two masked men did this.

Cops did not buy this story of Brittany as they did have doubts about it. She did not stop with it but created a fake story about how the men raped her and murdered Jayna. Also, the murderer left evidence behind that helped cops find the real criminal.

The criminal intentions of Brittany Norward to kill her coworker

Jayna Murray is a 30-year graduate who took the job offer from Lululemon. She thought it has an exceptional opportunity to grow her skills in business. Also, her work partner Brittany and she shared a good relationship. In years of their work, the two did not have any issues.

In 2011 both women were on the closing shift of the store. Per a report, she was checking their bags after work was a practice. One day Jayna found that Brittany had stolen a pair of leggings from the store. As an employee, she had to report this to the manager even though Brittany did not know about Jayna finding her secret.

Within minutes she called Jayna to enter the store again to get her wallet. In the end, all people get to see is a brutal murder scene of Jayna. Some witnesses say about hearing noises in this Lululemon store at night. However, the next day, cops found Jayna Murray dead and Brittany Norward unconscious on the floor.

The cover-up story that raises suspicion

When cops saw Jayna Murray’s corpse covered in her blood, they asked Brittany serious questions. Brittany creates a twisted tale for the cops to hear in the questioning. When entering the store, two men attacked her and Jayna. Also, it talks about how the men raped both of them.

She accuses them of their racist comments. Further, she reveals to the cops that the men murdered Jayna and left the building after raping her. At first, investigators treat Brittany as a victim.

However, they did not buy her story. There were several inconsistencies in her story every time. Also, cops could find Brittany describing the men as murderers, rapists, robbers, and racists, which confused everything.

Every time there was a twist in the story that raises doubts. Brittany confesses to the cops about never being in Jayna’s car. To prove her wrong, the cops soon got evidence against her. However, they found Brittany’s fingerprint and blood on Jayna’s car. Now Let us see the confession of the murderer in the case.

The Lululemon Murders case became popular after the confession of the killer. At first, the autopsy of Jayna reveals many details about the murder. There were different weapons used on her body to attack. There were severe cuts on her face and neck and a severe injury in the back, which is the cause of death.

Now let us see the events leading to Lululemon’s murder. The injuries on the victim were brutal. Due to that injury, she was in intense pain and spinal cord damage.

Even at her funeral, her parents did not open the sheets on her face. It was painful for Jayna to go through all of that. Also, it adds more pain to her family to see her severed corpse.

Cold blood murder of the employee at Lululemon

During the court trial, Brittany had no choice but to confess the truth. She reveals about using the company’s tool kit to harm Jayna. When she found out that Brittany stole leggings, Jayna wanted to report it. However, Brittany did not want to get caught. She plans a murder and ways to escape from the crime.

She enters the store and takes the tool kit to attack Jayna. Hammer, knife, and rope are the weapons used to attack the victim. The victim tried to defend herself. When Brittany stabbed Jayna in the back of her spine she could not move.

After murdering her coworker Brittany went to Jayna’s car for 90 minutes. At that time, she made another plan to cover her crime. Brittany now heads to the store again.

She planned to stage a robbery. First, she takes money from the registers and Jayna’s wallet. Also, she cuts the victim’s dress to make it look like she was assaulted. Now Brittany had to show that two men entered the store to rob and rape them.

For this, she needed men’s footprints all over the store. She wore oversize male boots and walked all around the place. Lastly, she ties herself to the toilet to wait until the morning for the cops to arrive.

Everything went well for the killer until the questioning. Further, cops suspected Brittany Norwood and made a background check. They could find that she has a habit of stealing and lying. Even though these seem like petty crimes, she had much more in her. She was a killer who murdered her coworker for a pair of leggings.

During the trial of 2012, the jury charges Brittany Norwood with first-degree murder. Even though there is no clarity on the motive of murder the court did not deny charges.

Now the Lululemon murders convict is spending the rest of her life in prison. An attorney reveals that Brittany is a cunning woman who can lie. These are the reasons why she is living her life behind bars.

Also read: The Papin Sisters: The horrible crime of Christine and Lea Papin who had shared Psychosis condition