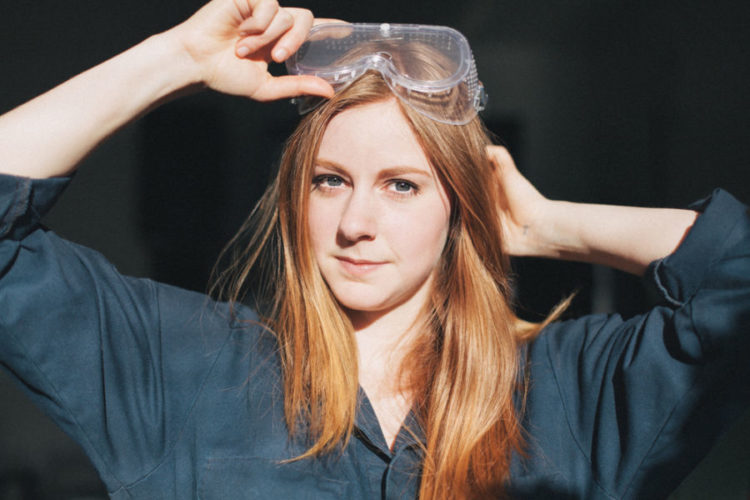 You can never know where true talent remains hidden, and they crop up when you least expect them to. One of the names that have recently created a revolution with her innovative invention is Simone Giertz. If you have an idea about the business world, you will know that it is an inventor’s responsibility to make things that work. In fact, they should be able to fix any problems that arise from their project. However, even though Simone Giertz has been great about the first part, she is dreadful about the second.

Needless to say, for most of her life as an inventor and content creator, Giertz has been the self-proclaimed “Queen of Shitty Robots.” Moreover, her inventions have gained her a lot of followers on YouTube. So would you like to know more about her innovative creations? Let us share with you some of them!

Who is Simone Giertz?

Many of you might already be aware of who she is. Yes, you guessed it right, Simone Giertz is a Swedish inventor, maker, robotics enthusiast, TV host, and professional YouTuber. In fact, she has also worked in mixed martial arts sports journalism.

As per the sources, Giertz spent a year in China as an exchange student. There she learned basic Mandarin. Later on, after coming back, Giertz studied engineering physics at the Royal Institute of Technology. However, she dropped out after a year.

According to the sources, Simone was interested in making different electrical stuff from her childhood. Therefore, she started creating “useless” inventions after studying at Hyper Island in Stockholm. One of her first inventions was a toothbrush helmet for a children’s show pilot episode on electronics. She later uploaded it on YouTube, which marked the start of her YouTube career.

Previously, Giertz has also branded her as the “Queen of Shitty Robots” on her YouTube channel. Here she employs deadpan humor to demonstrate mechanical robots of her creation to automate everyday tasks. However, they fall short of practical usefulness for comic effect. Her creations include an alarm clock that slaps the user, a lipstick applier, and one that shampoos the hair.

However, one of the flaws many people have noticed in her inventions is that while creating these robots, Giertz would not aim to make something useful. She would instead come up with excessive solutions to potentially automate situations. Moreover, she has also showcased many of her robots on “The Late Show with Stephen Colbert.”

Did You Know Simone Giertz was Suffering from Brain Tumor?

In an episode of the Fast Company podcast Creative Control, we learned from the inventor that she is suffering from a brain tumor. So it was in 2018, the doctors diagnosed Giertz with a noncancerous meningioma. As per the sources, the doctors could not fully remove the tumor, and it grew back within a year.

However, the ordeal of surgery, radiation therapy, and simply starting down her own mortality made Giertz realize that she didn’t want to waste energy on things that were of no use. Instead, she wanted to realize her actual dream of being a product designer. Needless to say, this phase of her life helped her gain insight into what she needed to do in her life.

What are Simone Giertz Present Plans?

Presently, Giertz created a light-up calendar to keep track of daily goals, a chair for dogs so they can always be by her side, an adjustable table with a hidden compartment for working on jigsaw puzzles, and many more. However, out of everything, her most ambitious project to date has been covering a Tesla into a pickup truck. She calls it “Truckla.”

Recently she has launched her product shop, where she is selling functional creations that still have the touch of her humor. So as per the sources, her current plans are to take over the product designing world with her Yetch store. This is why she is considering selling her latest invention, “Truckla.”

So as we conclude, we can say that Simone Giertz might be a bit different from other inventors; however, we cannot deny that she has a great sense of humor. We hope she recovers soon and is able to fulfill her dreams.

Also Read: Who is Kate Moss? Why Didn’t Her Relationship with Pete Doherty Work Out