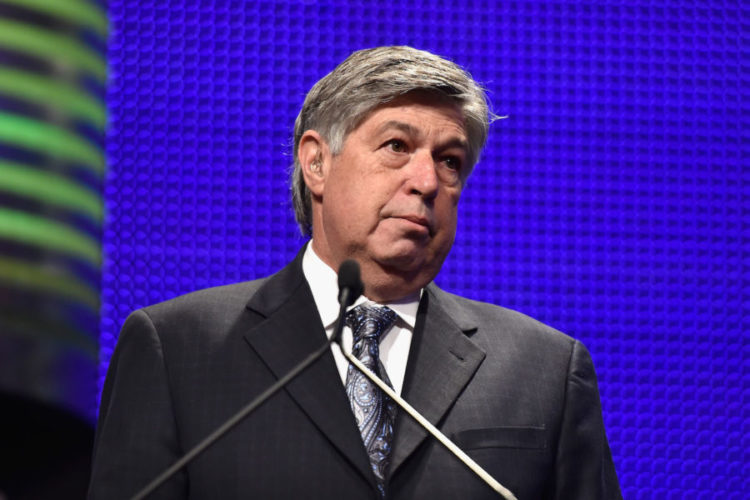 Mike Joy has said many incorrect facts on screen this year. Is it because he is keeping a good distance from sports now? Sports lovers, you must be knowing Mike Joy. He was a very famous broadcaster in NASCAR.

We see that on Sunday, there was the inaugural Cup Series race at World Wide Technology Raceway outside of St. Louis.  Furthermore, during it, guest analyst Kenny Wallace pointed out before the camera, Joy’s mistake while speaking up for the fans. Are you interested to know more about this 72-year-old broadcaster? Keep following the article.

Who is Mike Joy?

Michael Joy was born on  November 25, 1949. Firstly, we know that he is an American TV sports announcer. Secondly, his fans know that he currently serves as the lap-by-lap voice of Fox Sports’ coverage Thirdly, we know that  Mike Joy’s color analyst is Clint Bowyer.  If we consider 2022, Joy has been part of the live broadcast of 43 Daytona 500s (7 for MRN Radio, 19 for FOX, and 17 for CBS).

Fourthly, we know that he serves as an expert analyst for A&E Networks History Channel. Lastly, he works in FYI live TV coverage of collector car auctions. So now we have told you about the man very briefly.

Also read: Boston Celtics Off To A Glorious Start Against the Golden State Warriors

Many Guest Analysts Shared Their Opinion This Year

This year we see that Clint Bower has been with Mike Joy most of the time in the Fox Coverage booth. Besides, he is the constant partner of the 72-year-old announcer when the network is covering the Cup series. In addition, after Jeff Gordon left,  many guest analysts joined this pair. The people have heard their voices as well. Tony Stewart, Danica Patrick, and Matt Kenseth are some of them.

At World Wide Technology Raceway for the first-ever Cup Series race, Joy and Bowyer were joined by guest analysts Michael Waltrip and Kenny Wallace for Stage 2. And what a stage it was.

HERM IS BACK. Welcome to the FOX: NASCAR booth, @Kenny_Wallace!

During the World Wide Technology Raceway Cup Series race two guest analysts joined them. They were Michael Waltrip and Kenny Wallace, for Stage 2.

At the same time, Ross Chastain started his aggressive driving separating two incidents with Denny Hamlin and Chase Elliott.  However, After a  second, the Hendrick Motorsports driver was annoyed with Chastain and shoved the Trackhouse car up the track. However, we see that Hamlin followed just a few seconds later, running up next to the No. 1, before passing.

“I want to tell you what, this is a show,”. We hear that Wallace said this in front of the camera.

However, we see that Mike Joy told him something else. “ No. There’s only one solution to this. Park them both.”

“What are you going to do about Chase?” Waltrip said to him.  Furthermore, we see that Joy did not think about Elliott and his retaliatory move. In Fact, He showed it to the audience just a few moments earlier.

“But look at the enjoyment we’re getting,” Wallace says to Joy. Infact,  he pointed out, the camera showed fans standing and cheering on the action between the pair. However, we see that Mike Joy laughed on hearing this.

NASCAR agrees That Joy was Wrong

“We don’t like to see things like that, but there’s a certain amount of we kind of have to let them handle it on their own somewhat”. NASCAR senior vice president of competition Scott Miller said this on SiriusXM NASCAR Radio. “What we saw, while we were annoyed by it, there was no real contact. They tried to make life miserable for Ross. We all witnessed that, but at least we didn’t see a blatant takeout or anything like that.”

The people have seen that Mike Joy has made other mistakes in 2022. Besides, Bowyer or someone else had to correct him. We hope that he learns from his own mistakes and does not repeat them on screen again.

Also Read: Rickie Fowler’s Shift To LIV Seems Only A Matter Of Time