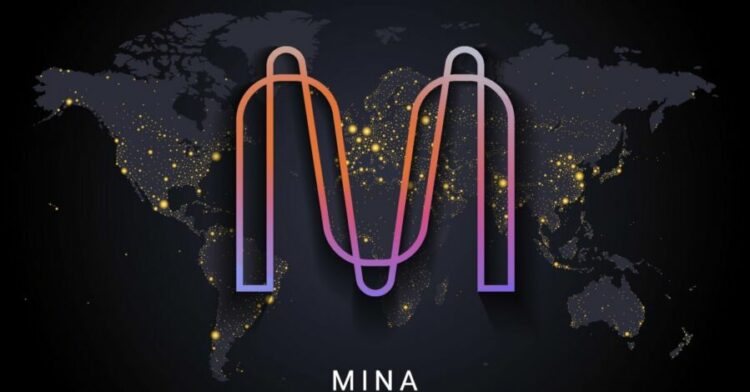 Mina, a lightweight blockchain, is the world’s first cryptocurrency using a concise blockchain. All other cryptocurrencies’ blockchains, such as Bitcoin and Ethereum, will grow in size. Still, no matter how much data is on the blockchain, its size will not expand, making network verification and synchronization simple. This article will look at everything you need to know about Mina and dive into Mina Price Prediction.

MINA, an open-source layer one protocol, was created in June 2017 to enable decentralization, scalability, and security. They accomplish this using a cryptographic proof known as zero-knowledge. Whenever Mina creates a new block, SNARK proof validates its validity. The Mina network provides proof of stake consensus to block producers.

Mina users can delegate. They may install a full node on their cellphones. People that wish to participate in the Mina ecosystem may become block producers and receive incentives.

How Does Mina Function?

Instead of delivering the complete chain, zk-SNARKS took a snapshot of it and distributed it. Similarly, it will take a photo of itself after creating the next block. The last state of the blockchain will be the background of the subsequent snapshot. The size of all images will stay constant.

Mina employs a variant of the Ouroboros Proof-of-Stake protocol. Everyone acts as a node, allowing anybody to contribute to the consensus. Evan Shapiro, CEO of the Mina protocol, and his four team members work tirelessly to ensure the blockchain’s future.

This project was formerly known as Coda Protocol before renamed Mina Protocol in October 2020. MINA is the Mina platform’s native cryptocurrency. MINA coin is a protocol utility for crypto and payment and exchange of funds. It employs the Ouroboros Samasika PoS method, built for compact decentralized networks.

It supports bootstrapping beginning with the genesis block. Mina stands out by its low-storage idea and technology. Next, in our Mina Price Prediction article, we will learn about how transactions work on Mina.

How did Transactions on Mina Take Place?

When a consumer starts a transaction, the transaction goes to the meme pool. The meme pool is a transaction with good proof but no confirmation. Then snarkers will take control by creating proof or SNARK. It will then choose the block producer to group transactions into blocks. The block maker then selects a SNARK and inserts it into a block.

They will add this block to the chain and update the network. To keep the chain size consistent, it eliminates the SNARK transactions. Finally, the block producer will improve the zk-SNARK protocol. They add a new block to the chain. Now, we must look at the technical evaluation for Mina Price Prediction.

Since November 2021, the cryptocurrency market has been on a downward trend. Price adjustments must inevitably have an impact on volume. The MINA protocol has shown significant price decreases. The daily chart shows a powerful green candle on November 10 and 11, but its climb was not sustainable. Traders began to sell Mina digital coins, and a decline to the same turnaround level is visible. However, we noticed a minor rebound in March 2022.

According to some of the most popular technical indicators, the MINA protocol price is rising. The RSI is at 65.58, and the MACD line is attempting to cross the signal line from below, indicating that the Mina protocol is slowly shifting to the buy side, but it is still somewhat bearish. If the current session concludes in green, traders can begin a short-term buy-in Mina Protocol following trend confirmation.

MINA’s long-term projection reveals a significant variance. There are two sides, one indicating that MINA’s price will decline in the future and the other indicating that Mina’s price may grow. Long-term price projections in the cryptocurrency world are difficult to make. The long-term prediction system cannot ensure that it will meet the estimated cost. Let’s look at the Mina price prediction for the next five years, keeping in mind that crypto trading is always fraught with danger.

At the start of 2022, the MINA price was roughly $2.71. Later in the year, it may exhibit a positive trend and reach a maximum price level of $3.77 before the end of the year.

Mina crypto will begin trading in 2023 for $3.88. Due to considerable network enhancements and community initiatives, the currency will quickly rebound and trade upwards to a maximum price level of $4.37 before the end of the year.

The price of the Mina would skyrocket with widespread adoption and coordination with other influential networks. The Mina Protocol’s 2024 forecasts begin at $5.63. According to our MINA price forecasts, the price of MINA will reach a high of $5.94 by the end of 2024.

Mina Price Predictions for 2026 and Beyond

Estimating crypto price patterns for the next five to six years is complex. Still, we may conjecture future price levels based on historical data, current market trends, fundamentals, and prediction systems. The Mina price will fall to $5.74 by the end of 2026, which would be lower than the price in 2025.

Based on current data, the Mina protocol price forecast beyond 2026 and the Mina coin price prediction for 2030 appear favorable. Mina isn’t very persuasive in the long run. Nonetheless, according to influencers and crypto experts’ MINA price forecast for 2030, the coin may exceed the $11.99 minimum price threshold.

Mina Protocol is an excellent investment because it is one of the most sophisticated blockchains with solid fundamentals. Mina price forecasts indicate that MINA/USD will be a valuable long-term investment. However, future price changes depending on the market environment.

Compared to other market instruments, the rise of digital currency is usually volatile. MINA is not a horrible long-term investment idea, but investors should exercise caution before buying or trading. For a decent return, make an informed decision before investing, conduct research, and seek investment advice if required.

Also read: Things You Should Know About Crypto Mining (As an Investor)