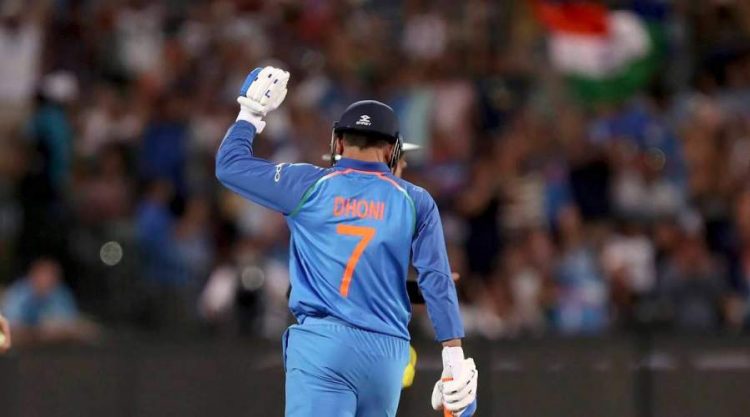 Mahendra Singh Dhoni is a great Indian cricket player who served as the captain of the team for many years. Under his captaincy, India became the winner of the 2007 ICC World Twenty20, ICC Cricket World Cup in 2011, and ICC Champions Trophy in 2013. The Indian Cricket team was looking to with ICC Cricket World Cup 2019 but unfortunately, it did not happen. He is well known as a right-handed batsman and wicket-keeper. Many of his feats in Cricket made him who he is. He is one of the highest run-scorer in the One Day Internationals.

Dhoni is also considered as a great finisher. He gets the nickname captain cool because of his calm attitude while playing the game. Moreover, he is also known in several other popular nicknames such as Mahi, MSD, and Thala. Indian fans all over the world admire him and praise him because of his talents and character. On 15 August 2020 MS Dhoni at the age of thirty-nine announced about his retirement from International Cricket to the world. Many celebrities and fans shared their feelings on this occasion on social media. Know more about the great man here.

Dhoni’s place of birth is Ranchi, Bihar and his date of birth is 7 July 1981. He comes from the Hindu Rajput family. From his young age, he was a fan of cricket. His favourite idols were Adam Gilchrist and Sachin Tendulkar. He did his education in DAV Jawahar Vidya Mandir, Shyamali located in his hometown. He was good at tennis and football. Then his coach sent him to join the cricket team in his school where his wicket-keeping skills impressed him. He started to focus more on cricket at the fifth standard. Then when he grew up he worked as a Travelling Ticket Examiner for some time.

Many people who worked with him remember him as an honest and straightforward employee. But he was also mischievous. He and his friends scared the workers when they used bedsheets to hide and moved at night time as ghosts.

Dhoni got picked by Deval Sahay to become a part of the team Central Coal Fields Limited in 1998. He had no professional cricket experience at that time. But this team he joined helped him to gain experience. For his sixes, Deval Sahay will give him fifty rupees which were one of the interesting events in Dhoni’s life. Then step by step Dhoni received wide acclaim in the field of cricket and because of his leadership skills he became the captain of the Indian Cricket team. When Dhoni announced his retirement this Independence Day many of his fans got sad however they always support him in any decision he makes.

Dhoni got married to his childhood friend Sakshi Singh Rawat. She studied with him in DAV Jawahar Vidya Mandir, Shyamali. When she and Dhoni were meeting each other she was doing Hotel Management.  They have a daughter named Ziva who is a cute kid. His wife and daughter accompany Dhoni on many occasions while he is playing cricket. He is particularly close with his family however when he is on National Duty he only focuses on it and never gets distracted.

Mahendra Singh Dhoni is a player who is not only famous because of his cricket career but also because of his admirable qualities. Many people in India consider him as an inspiration because Dhoni never loses his confidence and cool. As a leader, he has shown how to head a team. By being a husband and father he has taught how to balance work and family. These are the reasons why Dhoni is great.