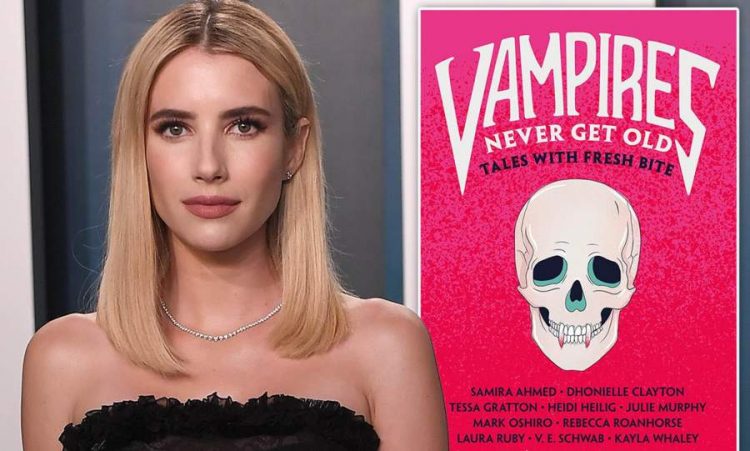 Netflix is going to make a Teen-Vampire Drama named First Kill. Emma Roberts is going to serve as the executive producer of the series. The series will focus on the family of vampires and vampire slayers who desire to eliminate each other. The series is from the short story by author Victoria “V.E.” Schwab and Felicia D. Henderson will be the show-runner of the series. Moreover, the series will release with eight episodes. Know all the details about the Teen-Vampire Drama series here.

The release date of the series is not yet out. We may have to wait for some more time because it is still in the making. All the preparations are happening for the eight episodes and the first season of the First Kill. Many producers wanted to buy the rights for the series however it ended up with the creators. It is the first of the author’s content to get adapted into a series.

The series is about a new vampire named Julliete who is set to make her first kill to join the power vampire family. She gets attracted to a girl named Calliope however she finds that the girl is a vampire slayer belonging to a prestigious vampire slayer family. Moreover, Juliette and Calliope find that it is not easy to kill each other as they have fallen for each other.

Victoria (V. E.) Schwab is a celebrated American fantasy author who is well known for her work Vicious. Her novels are for children and young adults. She writes about witches, vampires, magical beings are more. Her plotlines are excellent and that is the reason why her work got the greenlight for Netflix series. The birth date of the author is born July 7, 1987, and the name she uses in the book is Victoria Schwab.

As Netflix is looking for many good books for series adaptations, the First Kill has also joined the ranks. The story is about two girls who belong to different divisions but fall in love. Many vampire lovers are waiting for this adaptation.

Emma Roberts is a popular actress and singer. She also is attaching with new projects as an executive producer. Her first film is Blow. Some of the best films of her career are Hotel for Dogs, Valentine’s Day, The Art of Getting By, Aquamarine, Scream Queens and more. She is from Rhinebeck, New York, and her birth date is February 10, 1991.

She is twenty-nine years old now. Now she is in a relationship with actor Garrett Hedlund and is expecting her first child. The actor has many future projects in store. She is going to executive produce the Netflix series called First Kill.

Netflix teen-vampire drama First Kill is going to be popular on Netflix. Get ready to watch it as it is going to release soon. More news about the series will get updated soon.