Never Have I Ever Season 1 Review, Story and Cast Details | Season 2 Prediction 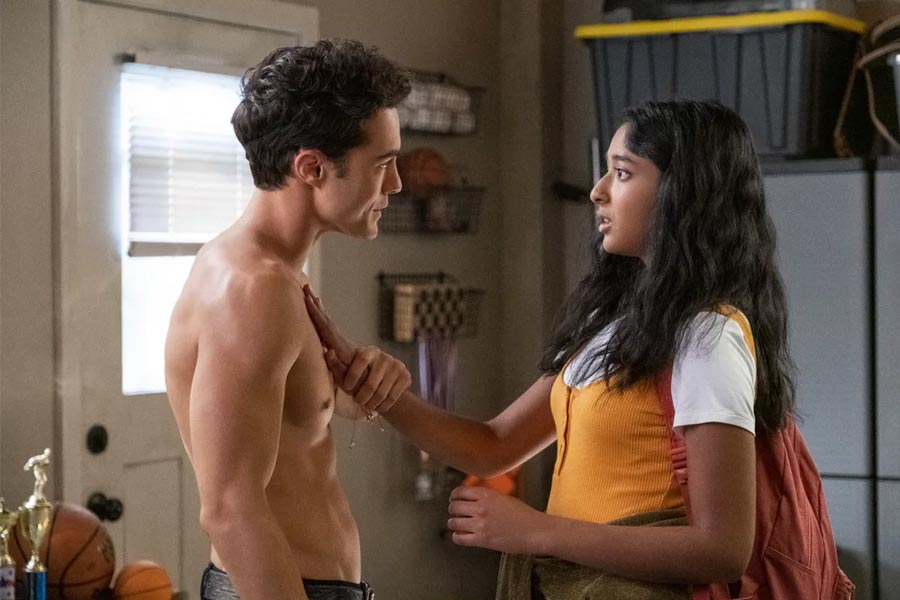 Never Have I Ever is a Netflix series coming of age drama about a Tamil Indian American girl’s life. The main lead of the series played by Maitreyi Ramakrishnan and the creators of the series are Mindy Kaling and Lang Fisher. The young life of Kaling when she was growing up in the Boston area is an inspiration for the series. It has received many positive reviews for the plot and depiction of characters. The show streamed for the first time on Netflix on April 27, 2020. The show mainly focuses on the character Devi Vishwakumar who is dealing with the death of her father amidst her life in high school.

As Season 1 of the series is over the fans are eagerly waiting for the new season. The first season got over at the time where Devi begins to like her nemesis but her first crush is coming back to her again. The show is s real eye-opener for the representation of the South Asian population in Hollywood because it has broken many Asian stereotypes. The series is generally well-liked by the fans and critics.  Whom will she choose? Season 2 will reveal the truth. So have a look at the information here to know more.

Is there going to be A Season 2 of Never Have I Ever?

As Kaling is directing the series we can be sure that she will be back with another season. Kaling once told in an interview that she always wanted to portray an Indian nerd who can also behave badly. Many are also interested in seeing Indians like that because not all behave as princess Jasmine. She also posted a picture of the two handsome male actors of the show who are the love interests of the female lead. She wrote about the toughest choice Devi has to make and it is the toughest choice since Twilight’s Edward and Jacob.

This post on Instagram is solid proof that shows that there will be a second season. There are lots of chances for the second season even though there is no official news from the creators. The show is both funny as well as sad because there are moments where the audience will feed sad for Devi. So let’s all hope she will make a comeback.

The storyline of the series

Never Have I Ever Season 1 focuses on Devi Vishwakumar a Tamil Indian American high school girl who resides in Sherman Oaks, California. She is fifteen years of age. Devi suffers a lot in her freshman year so she decides to change her social status but her family and friends do not really allow her to change. She also has to deal with the death of her father Mohan and due to the grief, she loses control of her legs and is unable to walk for three months. Devi suffers from grief, her feelings, and her high school life. She also has to deal with her Indian identity and her worsening relationship with her mother Nalini.

Devi lives with her gorgeous cousin Kamala who has her own set of problems. She learns of her family trying to arrange her marriage with the man they know to be the perfect groom for her. Devi has two best friends named Eleanor and Fabiola. Then she has a crush on her high school mate Paxton. Lastly, there is her enemy Ben. The narrators of the series are professional tennis player John McEnroe and one episode is narrated by actor Andy Samberg.

Review: What can we expect?

The main female lead Maitreyi Ramakrishnan shared in an interview that there are many things that Devi has to sort out. First is her relationship with her mother who truly cares for her. Because of an event where her mother scolds Paxton when he reveals to her about the kiss between Devi and him, Devi quarrels with her because Paxton ignores her for a while after that. Then she stays with her nemesis Ben who she kisses at the last episode a sign of a start of a new relationship. But Paxton again tries to reconcile with her.

Therefore in the new season, Devi has to make a decision. The fans are voting for their favourite male character in social media so Devi can pair up with the male lead with the most popular votes. But we do not know what the creators have in mind.

Then there are also Devi friends who are always there for her. She also needs to learn to take more help from her friends and be more grateful for their support. With their help, Devi will be able to feel happier and accept who she is because her friends love her no matter what. One twist is also added to the story. Devi may even have to move back to India if her mother listens to the uncle. Season 2 will describe more about these events.

The Cast details of the series

She is a fifteen-year-old girl. Devi wants to develop her life to be in tune with the students of her age. The name Devi is the name of the important Hindu Goddess in India.

Kamala is Devi’s cousin who is living with her. She is in the finishing stages of her Ph.D. at Caltech.

He is at first the nemesis of Devi but they both kiss at the end signifying their preference for each other.

He is Devi’s high school crush who starts to begin a relationship with her.

She is Devi’s mother who is working as a dentist.

She is one of the best friends of Devi. She likes to act.

She is another best friend of Devi. She likes science but has difficulty coming to terms with her sexual identity.

Fans are really curious to know what happens next. But we have to wait for official news from the creators. There is also the issue of Corona pandemic delaying all productions, therefore, we have to wait and see if there are any developments.