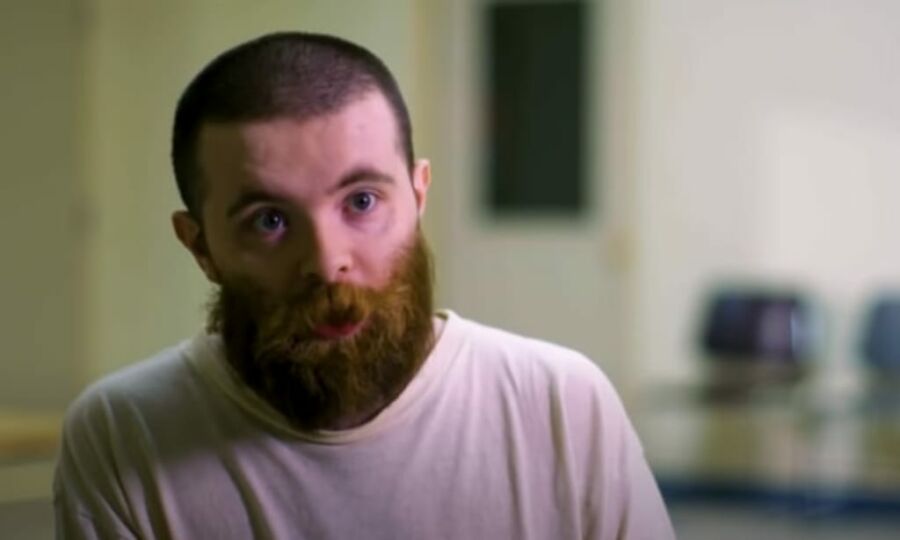 There are several frightening crimes in history for the sake of love. One such story is of Nicholas Godejohn, who murdered his girlfriend’s mother upon her request. No one thought that Nicholas and Gypsy Rose’s dating would end up in a murder. The couple met each other at a dating site.

Nicholas Godejohn, upon the request of his girlfriend, murdered her mother, Dee Blanchard in 2015. Within a few months of dating Gypsy makes a strange request to Nicholas. She wanted to get rid of the arrogant mother to the shock of many Nicholas agrees to this.

The homicide that becomes a buzz in the media

The homicide of Nicholas Godejohn features on Hulu titled The act. During the investigation of this murder case, many truths come to light. Nicholas is a 23-year-old with many psychological problems. There is a strange criminal record for this man. However, Gypsy did not have any concerns about dating the weird man. Nicholas and Gypsy personally meet each other many times. After dating Gypsy through the internet, the relationship soon becomes real.

Mother Dee also went out with the couple. Everything seemed normal for the world until 2012. It is when the relationship becomes physical. The couple goes for a movie date, and Dee goes with her daughter as a chaperon. However, Gypsy leaves for the bathroom to be intimate with Nicholas. Dee knows this and restricts and controls her daughter even more. In this anxious situation, Gypsy Rose plots the murder of her mother. Let us see how this story ends up with a murder.

Gypsy Rose lived with a mother who exaggerates Illness

Born in 1991 Gypsy Rose Blanchard is from a divided household. After abandoning the father, Mother Dee took responsibility for raising Gypsy. Dee was an overprotective mother. Her habit was exaggerating her daughter’s illnesses even though Gypsy was fine. When Gypsy was three years old, Dee took her to the hospital, telling the doctors about breathing trouble.

However, there was no such ailment in Gypsy, but Dee did not accept that her daughter is fine. What Dee had is Munchausen syndrome which makes a parent overbearing. Even with no illnesses, Dee thought her daughter should use a wheelchair.

Dee also creates a story about some disorder that makes the Gypsy wheelchair important. For seven years without any illness Gypsy used a wheelchair. Due to this, she also loses weight, which is deadly for her health. Now Gypsy faces real health issues such as epilepsy. However, the mother-daughter duo wanted to start a new life, so they moved to Louisiana.

Gypsy when she was 22 years old, used the internet to find a perfect date. Through the dating site, she meets Nicholas but makes everything clear about her health. Even after knowing Gypsy used a wheelchair, he starts to date her. This story seems like the couple has found love, but everything turns ugly. For a few months of dating, the couple uses virtual messages.

During courtship, the couple shares their secrets. It was not only Gypsy with a disturbing past but Nicholas Too. He did have a history of mental disorders and a public nuisance crime. On her part, Gypsy also shares her secrets with him. She reveals secrets about her controlling mother. Also, she informs him that she does not have to use a wheelchair. Now the couple wanted to meet each other in person.

The first personal meeting was at the Missouri movie theatre. Gypsy, Nicholas, and Dee joined this outing. Gypsy did not tell her mother about her secret boyfriend. But, she finds an excuse to meet him by going to the restroom. However, Dee had her doubts check inn’s on her daughter. She finds out about Nicholas and Gypsy’s plan to get intimate and restricts her from meeting.

In 2015 cops found a shocking corpse of a middle-aged woman named Dee in her bedroom. After stabbing them to death, the killer covered her with a blanket. The corpse of Dee was lying on the floor for several days when cops found it.

The cops find murdered through a social media post. After murdering her mother, Gypsy, Nicholas put a social media post cursing Dee. Through this evidence, cops could reach the murderess in Wisconsin. After the murder, the couple flees to another city to start a new life.

During the investigation, Gypsy reveals why she did this brutal thing to her mother. After knowing that Gypsy is dating Nicholas, Dee becomes harsher with her daughter. Frustrated and angry Gypsy wanted to finish off her mother. But, she needed help to commit the murder. However, she asks Nicholas if he will help her murder her mother he quickly agrees.

The night of murder and punishment for the criminals

In 2015 Gypsy comes around the evening to the house like every other day. While coming home, she keeps the front door open for Nicholas to enter later that night without any suspicion. Also, Gypsy hands over a sharp knife to him. When coming into the house, Nicholas tells Gypsy to stay in the bathroom.

She follows his command and waits in the restroom till he murders her mother. Nicholas went into Dee’s bedroom and stabbed her to death. He also covers her with a blanket. Gypsy could hear her mother screaming for her life through the bathroom walls.

However, Gypsy rose was determined to see her mother dead. After the murder, the couple runs away to Wisconsin, leaving Dee’s corpse to decay. The ultimate plan Gypsy was to post a Facebook post about herself and Dee dead. She thought that this would not raise suspicion about her or Nicholas. After all, cops thought Dee and Gypsy were dead of some random crime. Still, Gypsy had concerns about cops finding the truth about her mother’s corpse.

The investigators did not leave a clue when they found out about the Facebook post from Wisconsin. They locate the owners of that post, and to their shock, they catch Gypsy and Nicholas. The court charges Gypsy with second-degree murder and with 10 years in prison. For Nicholas, they could not charge him for first-degree murder due to mental issues. However, Nicholas experiences a lifetime prison sentence for his crime.