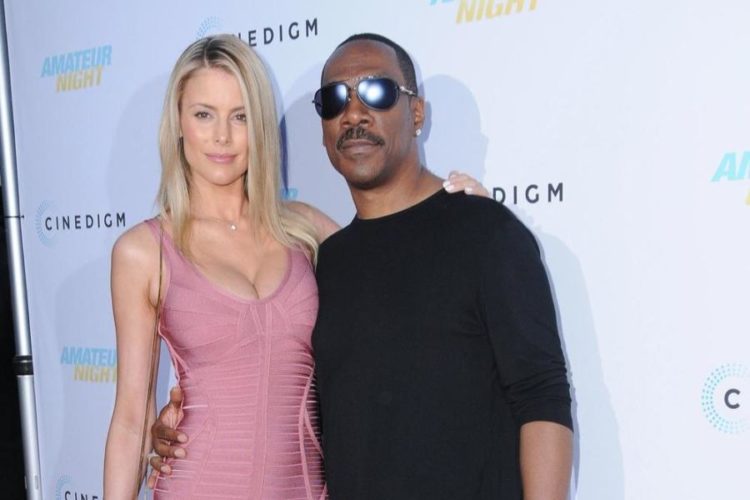 Eddie Murphy is a great actor, comedian, producer, and more. Now he is sixty years of age. Do you know who the beautiful woman beside him is? She is Paige Butcher, Eddie Murphy’s girlfriend who bore two children to him. Over the years Murphy was in a relationship with five different women. That is why he has a brood of kids. The names of his former partners are Paulette McNeely, Tamara Hood, Nicole Mitchell, and Melanie Brown. At the moment he is happily living with his girlfriend Paige Butcher.

Here you can know the relationship details of Paige Butcher and Eddie Murphy.

Paige Butcher was born on October 6, 1979, and she is from Perth, Australia. Her mother was a popular fashion designer and her father was a model. Similar to her parent she also worked in the entertainment industry. She became a popular model and actress. She started to model for her mom’s designs when she turned seven. Then she became a professional model at the age of thirteen. She won Cover Girl Cosmetics supermodel in 1994. Then she went on to sign with the IMG models. Later she moved to New York City for her career.

Eddie Murphy is from Brooklyn, New York City. He has an elder brother named Charlie who is also a popular comedian. In the early 1980s, Murphy got his stint in Saturday Night Live. He is the one who made the show popular. With his comedy talents, many people started to notice SNL. Some of the best films of Eddie Murphy’s career are Beverly Hills Cop, The Golden Child, Coming to America, Another 48 Hrs., Harlem Nights, and more. He lent his voice to well-known Disney films like Mulan and Shrek.

The Coming 2 America is a sequel to the first film and it released on Netflix in 2021. It received good reviews from the audience. Murphy is also going to act in the fourth part of Beverly Hills Cop.

The meeting of Paige Butcher and Eddie Murphy

Paige Butcher’s modeling career opened the door for her to act in Hollywood. In 2003 she acted in the film Gotta Give. Then she got a role in Big Momma’s House 2. At the set of the film, she met Eddie Murphy. But only in 2012, the couple started to date. The rumors of their romance began in September of the same year. They made their relationship official at a red carpet event Eddie Murphy: One Night Only tribute.

Eddie Murphy is eighteen years older than Paige but still, they are good together. Their relationship is going strong for over nine years.

The children of Paige Turner and Eddie Murphy

After dating for four years Paige butcher partner Eddie Murphy had their first child. The name of the daughter is Izzy Oona. Then two years later they had their second child in 2018 named Max Charles. Overall he became the tenth child of Eddie Murphy.

2018 was a special year for Paige Turner because Eddie Murphy proposed to her and asked her hand for marriage. So she will become Eddie Murphy’s wife.

Eddie Murphy was in many relationships in his life. But he has found something special in Paige Turner. She is a hardworking girl as she had a career at a young age. Along with her modeling career she graduated from Santa Maria College.

She also has a heart of gold as she is a volunteer for Habitat for Humanity. Even though she is busy she always puts her children first. She also helps children who are physically and mentally challenged. Paige Turner has shared in interviews that she always wanted to work with charities.

The couple has not yet set a wedding date after their engagement in 2018. But still many are waiting for it to happen. They will not make a public affair of their wedding. It will be simple and low-key with friends and family. This is because Paige Butcher is a private person. After she married Murphy she left social media. She thought that she was giving more access to people in her life. So she decided to quit social media pages. In this way, she can focus on her life and raise her children properly.

Net Worth of Paige Butcher and Eddie Murphy

Eddie Murphy is one of the richest men in Hollywood. He has a net worth of $200 million which makes him one of the highest-grossing actors. Also, he is an overpaid actor because many of his films were flops yet made lots of money. There is no net worth detail of Paige Turner available. But she is also making money on her own through her modeling career.

Murphy’s movies have grossed $6.7 billion in the worldwide box office. He is also a famous host of SNL through which he is making money. He and his family live in a $20 million house in Beverly Hills. Also he owns a rumored $15 million estate in the Bahamas.

His mansion in Beverly Hills is a 10 bedroom, 17 bathroom mansion which is his primary residence. It also has a large library. The luxurious house also hosts a tennis court, hot tub, barbecue pit, swimming pool, and more. While living in this house only his three children were born Angel Iris, Izzy Oona, and Max Charles.

Paige Turner and Eddie Murphy are great people. They are a good couple as they understand each other. That is why their relationship is going strong.

You may also read: Vanessa Hudgens Biography and Truth About Her Private Photo Leak