Queen of The South Season 5 Plot, Cast and Release Date 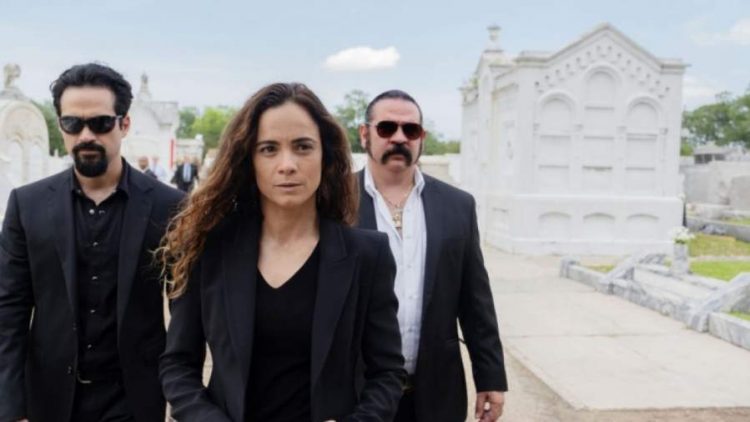 Queen of the South is a popular American drama series created by M.A. Fortin and Joshua John Miller. The series started airing on USA Network from 2016. The series is a story taken from the novel written by Arturo Pérez-Reverte a Spanish author. Four seasons of the series have released and Queen of The South Season 5 is in the making. The fans are eager to know about the plot.

When is the release date for the series set?

The renewal of the fifth season announced on August 29, 2019. But because of the Covid 19 in 2020, the production halted. However, now the creators are ready to restart the project. So we may get the new season possibly in 2021. A teaser for season five released on August 2019 and it is now available on Youtube. Have a look at it to understand the plot of season 5.

The plotline of Queen of the South

The TV series is a story of a woman named Teresa Mendoza. At first, she is an impoverished Mexican woman but then she becomes extremely rich because of creating a vast drug empire. She resides in the barrio of Jalisco, Mexico. She begins to love one of the members of the drug cartel and wishes to become rich. But he gets murdered and she runs away. Then she crosses the border and goes to the United States of America.

She teams up with a person she knows and plans to get rid of a drug lord who is after her. Moreover, in the process, she creates a drug empire of her own and becomes wealthy. But living as the queen of the drug organisation is not easy because she comes across many enemies who try to get rid of her.

What can we expect from the fifth season?

At the end of season 4, we saw Teresa making a deal with a Russian mob. So they may become her enemy in season 5. Then she also meets James who returns injured. He shares a message about someone coming after Teresa. It is unclear who are they. So season 5 will show us what James was doing away for a long time.

We will also get to see what the Russian mob will play in the new season because the teaser also revealed some clues about the Russians. Teresa has to keep her place and save her empire from the new enemies.

Who will come back for season 5?

Actor Alice Braga will return to play as Teresa Mendoza. She is a wealthy woman who runs a drug organisation. Then Peter Gadiot will come back to play as James Valdez. He is the right-hand man of Camilla the head of another drug cartel. Hemky Madera will play as Pote Galvez one of the allies of Teresa.

Queen of the South is a powerful series. It is about how a woman who tries to run a large drug organisation amidst powerful enemies. She also makes several allies in the process who stay loyal to her.