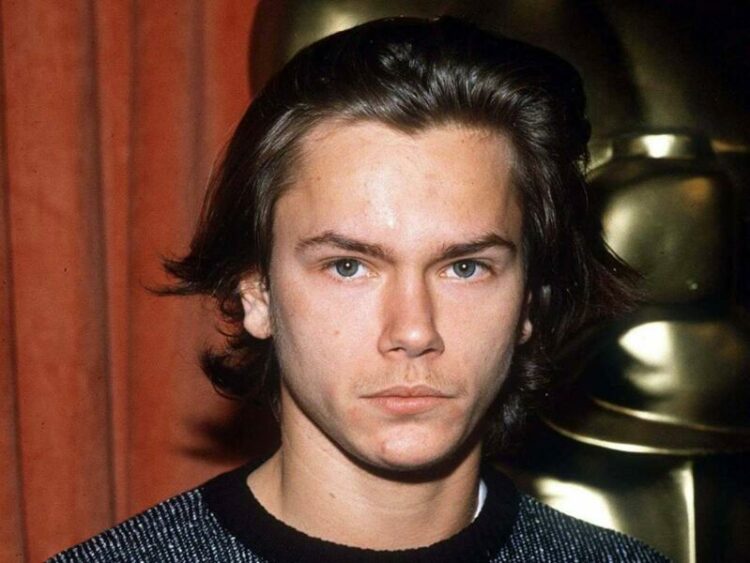 The actor River Phoenix died from heart failure at 23 on October 31, 1993. The reason for his death was an overdose of cocaine and heroin.

Because he began acting as a child, River Phoenix rose quickly in Hollywood ranks. He demonstrated his acting ability and potential in the supporting and lead parts he portrayed in numerous films. These include Stand By Me, My Own Private Idaho, Indiana Jones, Running on Empty, and the Last Crusade.

River Phoenix, also known by the moniker River Jude Bottom, was birth in Oregon on August 23, 1970. He was the eldest of five children and the brother of Rain and Joaquin Phoenix, both of whom became actors.

Before moving to Los Angeles, California, River’s family resided in Venezuela. His parents were part of a religious group – the Children of God.

The 1986 ensemble coming-of-age drama Stand By Me was the first film to make River famous. He was fifteen at the time.

Afterward, he distinguished himself as a talent to keep an eye out for after receiving an Academy Award nomination. The ceremony nominated him for his role as “Danny Pope” in the 1988 film Running on Empty.

Exciting performances in movies like My Own Private Idaho and the Last Crusade raised anticipation for River’s bright future.

However, he had also started using drugs before he passed away. Later, his buddy Bob Forrest and lover Samantha Mathis, who were with him the night he passed away, discussed his little-known drug abuse issues.

The Death of River Phoenix

On October 30, 1993, River went to a party in West Hollywood, California at Johnny Depp’s Viper Room club. According to Bob Forrest’s memoir, river arrived at the party with buddy John Frusciante already high.

At the party, when River met up with his lover and his brothers Joaquin and Rain, he took more drugs. Flea, Forrest, and Depp, bandmates with Frusciante, were also a part of their posse.

Phoenix worried that he might be overdosing, but he quickly claimed to feel better, Forrest said. Phoenix left the club, fell to the ground, and started convulsing shortly after. And Joaquin, Rain, Depp, Mathis, and Flea joined him. They waited for the arrival of an ambulance.

People took River urgently to Cedars-Sinai Hospital. But, at that hospital, the doctors declared him dead at 1:51 in the morning of October 31. After a heroin and cocaine overdose, “acute multiple drug intoxication” was found to be the cause of death. At the young age of 23, River’s life ended.

The Legacy of River Phoenix’s Death

The Viper Room temporarily shut down in memory of River Phoenix after his passing. Soon, heartbroken admirers gathered at the location to pay their respects to the late actor with flowers and handwritten messages. The nightclub ultimately reopened. But, many regulars feel that it was never the same.

Hollywood suffered significantly after the passing of River Phoenix. Everybody, including his well-known acquaintances and his followers all around the world, experienced a visceral loss.

The news shocked even emerging stars like Leonardo DiCaprio. Just hours before Phoenix passed away, DiCaprio saw him perform in Hollywood on the same night in an odd turn of events.

DiCaprio stated, “I wanted to reach out and say hi because he was this amazing mystery, and we’d never met”. “I then became trapped in a traffic lane and slid right by him”. Phoenix was out of reach, but he did manage to get a glimpse of his face, noting that “he was just beyond pale – he was white.”

The people who were most impacted by River Phoenix’s passing were, of course, his heartbroken family members. The paparazzi frequently hassled the mourning family. Following this, River’s brother Joaquin recalls how it was tough for them.

His death shattered his friends and family. Later on, Joaquin recalled having his older brother in his arms that evening. He still references him and his principles in speeches at award ceremonies.

A year later, in 2018, Samantha Mathis shared her recollections of the evening spent in the Viper Room.

In an interview with The Guardian, Mathis said, “I knew something was wrong that evening, something I didn’t comprehend. “I didn’t see anyone using drugs, but River was high enough —I was way over my head.”

People remember River Phoenix as a budding talent who passed away at a young age. His views on animal rights and veganism still influence many people. Moreover, River’s fans still adore all his performances, and he will remain in our hearts for a long time!