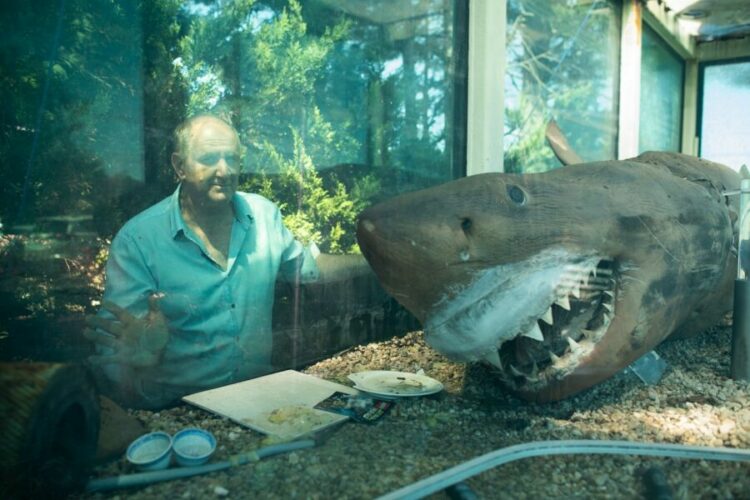 Rosie the shark is the great white who ruled the south coast of the Australian ocean. In 1997 Rosie was seen by humans when they were fishing Tuna. This remarkable white shark is a beast that looks humungous with razor-sharp teeth. The great whites have a life span of 70 years.  This shark may have been alive for years, wandering around the ocean’s depths. However, humans did not want her to live longer as she was preying on Tuna. This created a problem for local fishermen as they could not get more fish.

Even the government planned to kill Rosie. A family accidentally caught Rosie the shark in their fishing net when they humanely executed her. Let us see why Rosie the shark is famous and what happened after her death.

Details about Rosie the shark when she was alive

The fishermen’s first ever encounter with Rosie is on a Tuna pen in the south bay. In 1997 many thriving seafood restaurants were relying on those resources. Rosie, the great shark, had an excellent appetite for those Tuna. However, the local officials wanted to hunt Rosie. They first decide to tranquilize and capture her.

At that time, many did not raise their voices to stop it as the news reached only a few people. Rosie’s had more years to live in the big ocean when the government decided to end it. After the death of the great white shark, they wanted to preserve her. When people request to see Rosie, the tuna company and locals approve of putting her on display.

Thousands of people would see the preserved body of Rosie the shark. It was intriguing for the public to see a great white shark under the tank. A wildlife company wanted to make more money by putting Rosie on display. Due to this, they purchased her preserved body to accommodate it in their wildlife Wonderland.

The abandoned Rosie, the shark at wild Wonderland

Wildlife Wonderland made all the plans to put Rosie on display. At the same time, cops were searching for a missing woman and suspected Rosie. This remarkable white shark was capable of even preying on humans, so the officials wanted an autopsy of Rosie. After the autopsy, they did not find any remains of the missing person on the shark’s system. The Wildlife wonderland business was booming after they put Rosie on display.

The wildlife creates a massive tank with formaldehyde to preserve Rosie, the white shark. However, the park owner, Mathews, did not have a valid license to display creatures. In 2012, officials ordered him to close the business in 2011. The owner faced a considerable loss and abandoned most of the animals in that park.

The carcass of Rosie, the shark was decaying. But it was not the end. Surprisingly, Luke McPherson, the explorer, sees the abandoned Rosie, the shark, in a fish tank, and he plans to restore her. Let us see how experts fix the body of Rosie from a decaying tank.

In 2018 explorer Luke posted a photo on social media saying ‘the deserted Wildlife park of Australia. He also mentions decaying white sharks in the fish tank. His post received more than 16 million views sparking the interest of viewers. Also, this alarms the public about wildlife damage.

After a few days of this social media post, locals visit the abandoned park to see the decaying Rosie. Some pitied the once great creature, and others damaged the tank. Many irresponsible visitors draw graffiti on fish tanks and throw a chair inside them.

Due to this, the massive tank in the abandoned wildlife park began to leak. After the leak expert, Luke could notice carcinogenic fumes that create a safety hazard. The formaldehyde in the tank to preserve the shark evaporates, leaving the area with a foul smell. No one could remain in the park for a minute due to the decaying shark.

Petition by millions to save Rosie, the great white shark

The land owner of Wildlife wonderland wanted to sell the place due to the controversies. They try to destroy Rosie, the shark when the internet starts a vast campaign to save Rosie. Social media had millions of hashtags to save her. Plus, these posts alert famous exhibitions, and they try to purchase Rosie to preserve her properly. Tom Kapitany is the owner of the prehistoric exhibition center.

In 2019 he spent 5000000 dollars to transport Rosie and display her in his exhibition. The new home for Rosie is the crystal world which, even after death, amuses thousands of visitors in the park. The national park employee says his experience of saving Rosie from vandalizing. He says that the body of the great white is now safe, and no one can even think of destroying it.

Better display and preservation of Rosie

Rosie, the shark’s story gets better. Not only do the new park owners save and relocate her, but they try to preserve her in a better way. All the Toxic chemicals were removed from the body and restored with glycerol. The park took the imitative of raising funds for 19500 liters of glycerol to preserve her body.

However, the price needed to get that much glycerol is high. The park owners require a donation of 67500 dollars for the purpose. However, they have only got 3000 dollar donations so far. However, Tom Kapitany and his employees’ Nobel efforts to save Rosie succeeded. They successfully relocated her and have temporarily preserved her.

The goal to provide better preservation for Rosie, the legendary shark, continues. After this much effort, it is best to say it will happen. The park owners have put up a temporary display of the shark. They share how blessed they are to put her on display. She did have a fantastic journey. People across the world who hear about this story surely come forward to donate to Rosie. Still, Rosie, the great white shark, ruled the ocean before she was alive. Now she rules the heart of people.

Also read: Baby Shark Song History, Origin and Why Do Children Love it?