Run Out of Kane Williamson, Sums Up The New Zealand’s Tour of Australia 2022 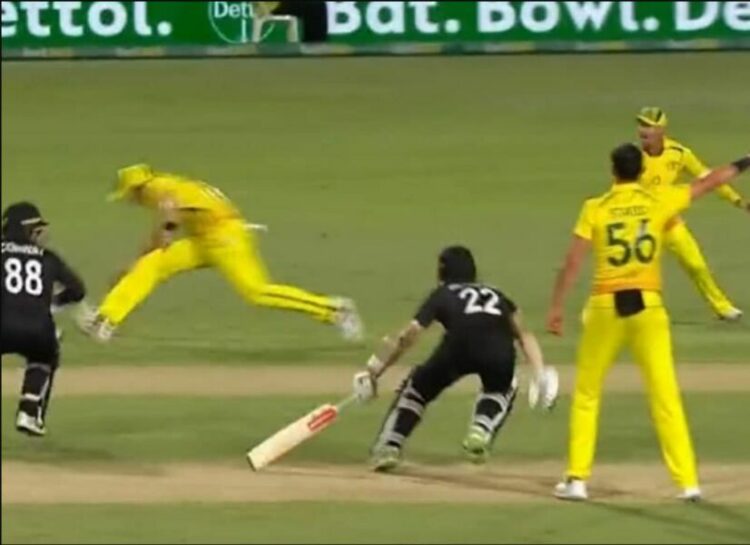 The captain was dismissed after being involved in a mix-up with Glenn Philips at the Cazaly’s Stadium.

Kane Stuart Williamson is a New Zealand international cricketer who is currently the captain of the New Zealand national team in all formats. He is a right-handed batsman and an occasional off spin bowler.

During the third ODI of New Zealand’s tour of Australia 2022 in Cairns, New Zealand captain he failed to convert his start into something extraordinary, resulting in a third consecutive failure on the tour.

At the time of the third delivery of the 28th over when New Zealand batter Glenn Phillips cut Australia all-rounder Glenn Maxwell. A certain call for a second run was executed poorly specially to find Kane Williamson in the middle of nowhere.

Kane Williamson, who perhaps was muddled around running the second run in the first place, stopped for a minute. It was Williamson’s minute pause which appears to have changed Phillips’ mind as he completely refused the second despite first showing interest in it.

Having had to stop for the second time, Williamson had to cover a lot of ground to avoid a run out. With Australia batter Marnus Labuschagne throwing a pinpoint throw form deep point to wicket-keeper Alex Carey, Williamson had no chance to return to the crease.

Fifth New Zealand batter to get out in a 268-run chase at the Cazaly’s Stadium, Williamson returned to the pavilion after scoring 27 (56) at a disappointing strike rate of 48.21.

This resulted in the match loss of New Zealand by 25 runs in 49.5 overs.

Lacking behind in a match for the third time in a row on this tour, New Zealand’s woes can be understood from the fact that Williamson is their highest run-scorer on the back of his 89 runs coming at substandard average and strike rate of 29.66 and 48.10 respectively.