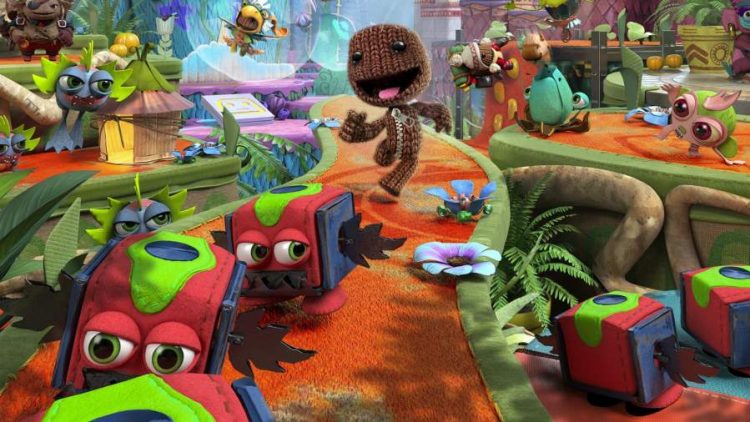 Sackboy: A Big Adventure is a platform game that is set to release soon. The developer of the game is Sumo Digital and the publisher is Sony Interactive Entertainment which will release in PS5 console. The announcement about the game made on PlayStation 5 reveal event, through live streaming on June 11. The game is part of the series called LittleBigPlanet but the upcoming video game will release with the 3D platform as the previous one was 2.5D.

Know all the details about the fantastic game Sackboy: A Big Adventure here.

The game is a puzzle-platformer created by Sumo Digital. It got made for the platforms PlayStation 3 and PlayStation 4. The game released in 2014. Many characters are part of the game and they have a mission. One of the important characters in the game is Sackboy.

The game in the series that gave Sackboy lots of time to run is Run Sackboy! Run! that released in 2014 on Google play. It is an endless running game. But there were no plots in the game as the players only have to make Sackboy run through Craftworld and Negativitron.

The Sackboy: A Big Adventure game will release on November 12, 2020, and November 19, 2020. It will get released for the PS5 version. The players can play the game in 3D. So stay tuned for the game.

The gameplay of Sackboy: A Big Adventure

Sackboy: A Big Adventure will be a platform game but in the upcoming game the movements will happen in 3D. Players will be able to play the game. The game is about a character called Sackboy who is one of the characters in LittleBigPlanet games. He looks like a sack but in the shape of a human.

There is going to be a lot of jumping and running in the new game. But rather than in the 2D the players can enjoy it in 3D. The player can also join with his friends to play the game. More and more obstacles will be present in the game which the player has to pass through expertly. Then they will have to collect some items to modify Sackboy according to their preference. In each level, there will be more cooperative levels for players to win extra scores.

The development of Sackboy: A Big Adventure

All the games in the series have received good reviews from the critics. The character of Sackboy is a PlayStation mascot. It is one of the classic video games still getting a lot of makeovers. Now the upcoming Sackboy game will give a new definition to the series.

Sackboy: A big Adventure will be a great game. The players are going to enjoy it so much. Get ready to play the game.