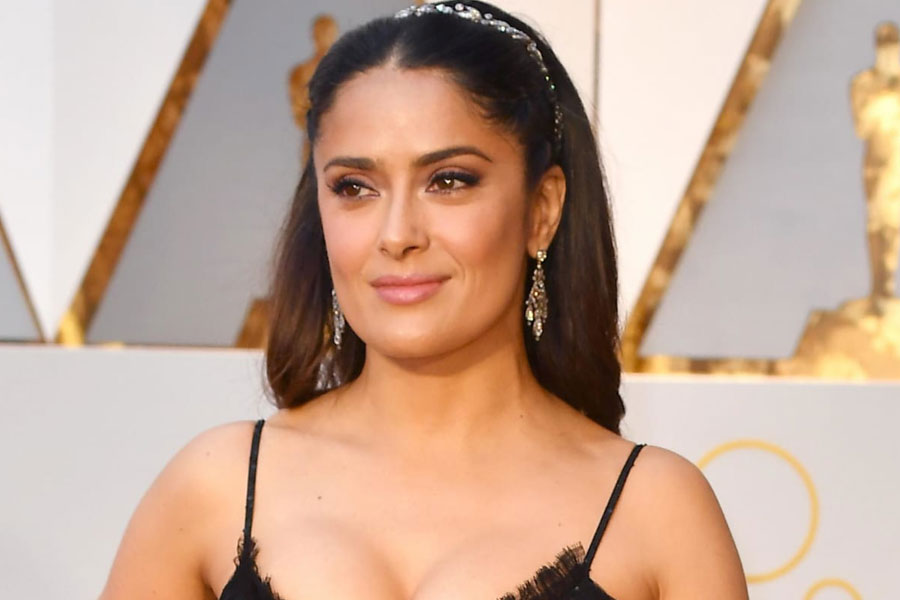 Salma Hayek is one of the talented actresses in the Hollywood empire. Her full name is Salma Valgarma Hayek Jiménez. She started her acting profession in Mexico by starring in telenovela Teresa. Then she began her career in Hollywood by acting in films such as Desperado, Dogma, and From Dusk till Dawn. She also got her breakthrough roles in Hollywood that made her a well-established actress in America. The actress was the nominee of several awards because of her acting talents. Salma Hayek is a gorgeous woman who talks in a strong Mexican accent. She received the Glamour magazine’s “Women of the year award” for her beauty and style. Salma Hayek Movies are well known to contain scintillating glamorous scenes. She also has a large number of followers on social media pages most notably Instagram.

We have all the important information about the actress here so have a look at it. 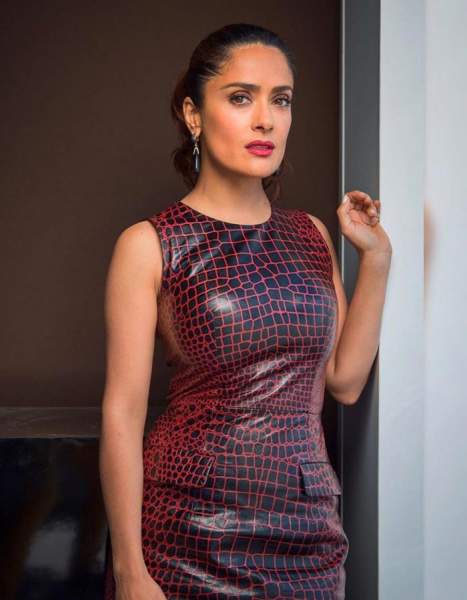 Salma Hayek’s nationality is Veracruz, Mexico. Her father’s name is Sami Hayek Domínguez who came from the city of Lebanon. He is the owner of a large industrial-equipment firm and also the executive of an oil company in Mexico.  Her mother’s name is Diana Jiménez Medina who worked as an opera singer. Hayek is fifty percent Lebanese on her father’s side and fifty percent Spanish from her mother’s side. She has a younger brother.

Salma Hayek hails from a rich Roman Catholic family. When she was twelve she attended Academy of the Sacred Heart situated in Grand Coteau, Louisiana. While studying in the school she got diagnosed with dyslexia. Then she went to Universidad Iberoamericana where she did International Relations. In an interview, Salma shared that she at first lived as an illegal immigrant in the US but only for some time. 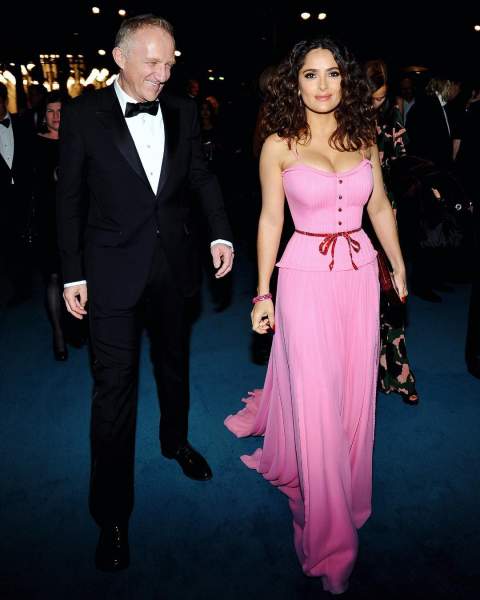 1. Her career in Mexico

When she was twenty-three years old Salma acted in a film called Teresa. This film made her a star in her home country. Then she acted in El Callejón de Los Milagros which received more awards than any other film. She got nominated for the Ariel Award for her role.

2. Early experiences as an actress in Hollywood

In 1991 she moved to Los Angeles, California to learn acting from Stella Adler. At that time she did not know English and was also suffering from dyslexia. Robert Rodriguez gave the role of Salma in Desperado alongside Antonio Banderas. Then she played as a vampire queen in From Dusk till Dawn.

In 1997 she acted with Mathew Perry in the film Fools Rush In. After that in the year 1999, she acted with Will Smith in Wild Wild West. Then she again acted in the sequel of Desperado Once Upon a Time in Mexico.

3. Growth in the career

In 2000 Salma started Ventanarosa her own film production company. Frida is a movie co-produced by Salma. For this film, she got nominated for Best Actress Academy Award.  In 2001 she acted In the Time of the Butterflies a feature film based on a book. In 2003 she produced The Maldonado Miracle which is also based on a book. She became the executive producer for television series Ugly Betty. Actress starred in the movie as a cameo appearance and nominated for that role as the Outstanding Guest Actress in a Comedy Series for the Emmy Awards.

She played as the wife of Adam Sandler in the movie Grown Ups. The actress lent her voice to the movie Puss in Boots for the role of Kitty soft paws. Then she again became a part of Grown Ups 2.

She is going to join the Marvel cinematic universe by acting in the upcoming movie Eternals. She is going to do the role of Ajak. The director of the movie is Chloé Zhao and it is going to release on November 6, 2020. 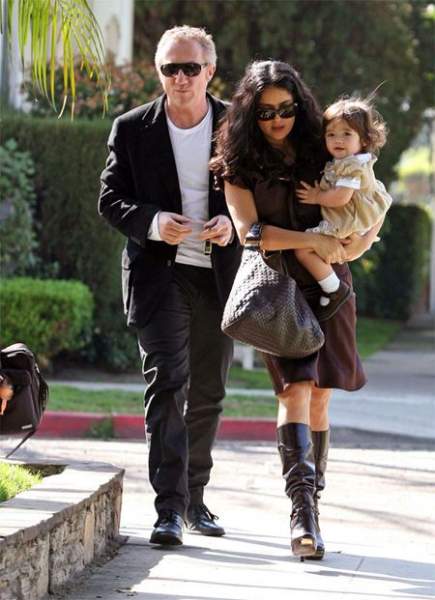 Salma Hayek is now a naturalized United States citizen. On the month of March 9, 2007, she announced to the world about her engagement with her husband François-Henri Pinault a French billionaire and CEO of Kering. She was also pregnant with their child. The name of the daughter is Valentina Paloma Pinault and she was born in September 2007. The couple got married on 2009 Valentine’s Day in Paris. 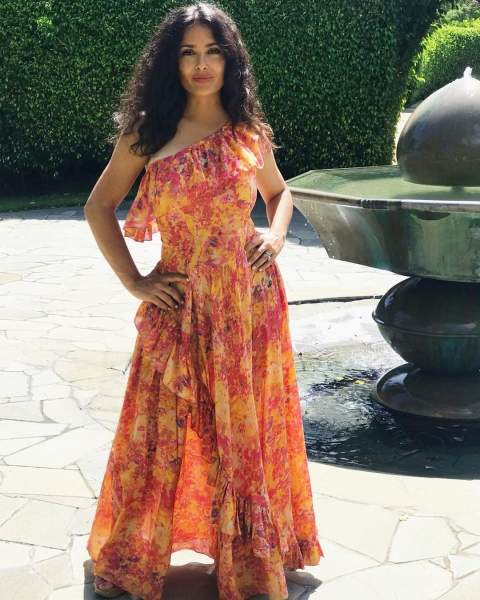 Salma Hayek is fifty-three years of age. Her weight is 54 kg and her height is 5 feet and 2 inches. The actress is a beautiful woman well known for her fashionable attire in award functions. She ages like wine. She is still active in the film industry. There are more future projects in store for her because of her great acting talents. 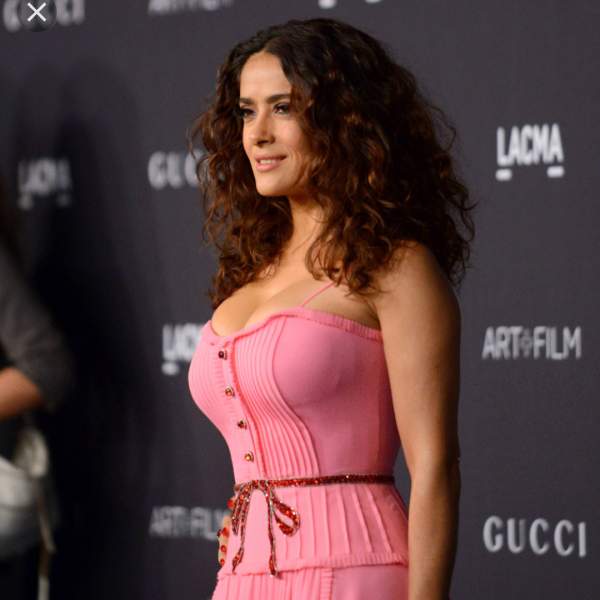 Salma Hayek supports may charities mostly the ones that spread awareness about women harassment and abuse. She gave $25,000 to a place in Coatzacoalcos, Mexico for battered women. Then she also donated $50,000 to groups that stop domestic violence.

She also supports breastfeeding. During an occasion, she breastfed a baby as the mother was not able to produce milk. She did this to lessen the stigma related to breastfeeding and to spread awareness about infant nutrition. Along with Beyonce, she began “Chime for Change” that supports female empowerment. The actress also supported women’s rights in Afghanistan.

The net worth of Salma Hayek 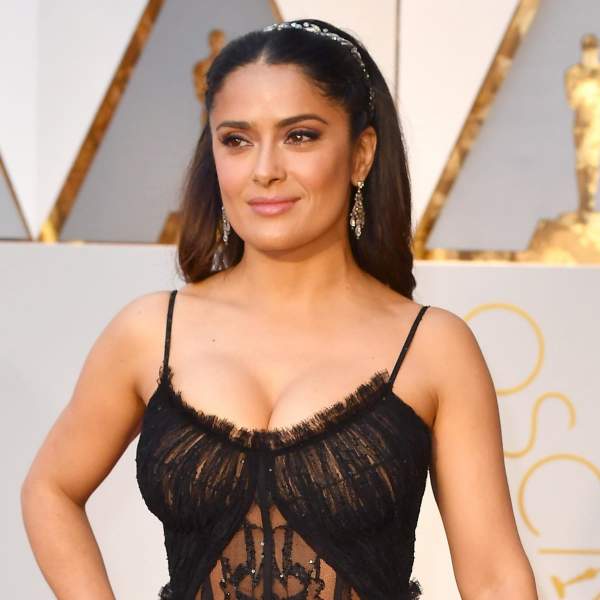 Salma Hayek is a wealthy actress. She is also doing several promotional works. The actress is the spokesperson for Avon cosmetics and Revlon. In 2001 she promoted the popular brand Chopard. Then she also promoted watch by Cartier inspired by María Félix a Mexican actress. In 2011 she started her own cosmetic brand called Nuance. Because of her acting career and promotions her net worth amounts to $115 Million.

Salma Hayek is an actress, producer, and entrepreneur. She is also a supporter of women’s rights. The actress is one of the courageous women in the film industry who always speaks her mind. At the start of her career, she worked hard to get roles but now she is one of the finest actresses in the industry with many upcoming projects.