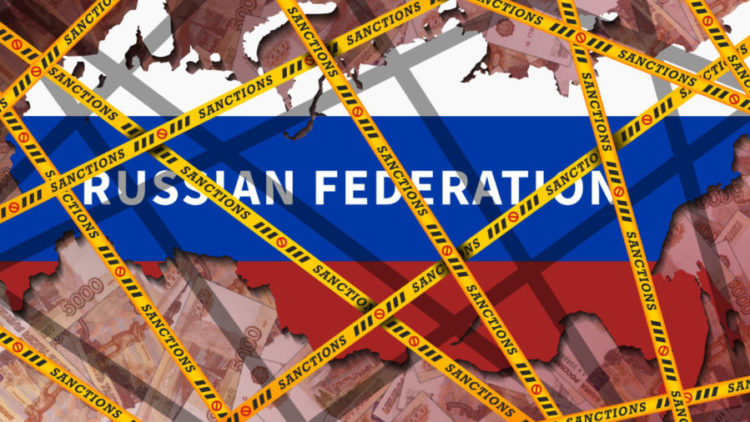 The war in Russia didn’t come as a shock to many students of international politics, but the response from international leaders, politicians, financial leaders, and most importantly (for the purpose of this article) cryptocurrency platforms, was shocking, and somewhat devastating to many. Before the invasion of Ukraine, crypto trading was going smoothly across the different countries. Crypto derivative trading, while it had its backlash from government officials in some countries, e.g., The United States of America, was going well. However, the invasion of Russia by Vladimir Putin caused a lot of disruptions.

These disruptions ranged from the loss of human lives in Ukraine, to the loss of land, the disappearance of peace and increase in uncertainty. The move caused government officials around the world to speak up, many showing support for Ukraine.

The support from government officials was huge. The governments that couldn’t be directly involved because of restrictions based on international laws, imposed fines and stopped trade with Russia. The other countries who could assist directly sent financial and military aid to Ukraine to support their course. But what role did the cryptocurrency industry play? How impactful, or unimpactful, has cryptocurrency been in the ongoing war (more like the invasion of Russian in Ukraine) between Ukraine and Russia?

Before we highlight the moral issues of a support or lack of support for Ukraine by Cryptocurrency-based industry and exchanges, it’s pertinent to state what has been done, and its effect on the ongoing invasion.

How companies responded to the invasion

The solidarity from tech companies worldwide has been good, not overwhelming, but good. After the invasion, Banks in Russia couldn’t access SWIFT, the international payments and messaging network. After the SWIFT ban, payment solution providers such as PayPal, Visa and MasterCard stopped transactions to Russia. Other tech platforms such as Upwork stopped working in Russia, all in a bid to tie the hands of Vladimir Putin and his oligarchs.

These moves were made to ensure the invaders didn’t have any form of financial support from people.

However, there were concerns that while traditional payment and financial systems had placed strict sanctions on Russia, cryptocurrency would be used to finance the invasion, thereby rendering the efforts of nations and tech companies not enough.

What are cryptocurrency companies dealing with?

The invasion has total condemnation from states and influential people. In Sports, the Federation of International Football, also known as FIFA banned Russia from playing World Cup qualifiers, and UEFA, the governing body of European Football, banned Russian teams from playing in UEFA Competitions. Although some people condemned the ban on Russian Athletes by Wimbledon, many stand with the decision.

The issue with banning financial or any form of activities related to Russia is a moral issue, one that can sometimes be knotty.

In the case of cryptocurrency companies, they’re caught between the devil and the deep blue sea. The decision on whether to ban or not is dicey because the ideal of cryptocurrency and blockchain technology is a system that has no control, is borderless and doesn’t pander to the whims and caprices of the rich and powerful. Cryptocurrency is supposed to replace the law-restrictive fiat currency and traditional banking.

But, what have Cryptocurrency companies done to Support Ukraine?

Before delving into the moral and economic ‘ideals’ dilemma, it’s vital to state here that cryptocurrency industries have been active in their support for Ukraine.

Companies such as Coinbase, Binance and Kraken have shown some level of support and empathy for Ukraine. Binance donated $5 million to Ukraine to support their fight. Some accounts belonging to Russians have been frozen, all in an attempt to support Ukraine’s course.

Still, more can be done.

THE MORAL DILEMMA THAT CRYPTOCURRENCY EXCHANGES ARE FACING

The war between Russia and Ukraine is quite sad, and has unearthed ideological tensions across different spheres, not least the cryptocurrency space.

The idea of decentralised finance, btc block explorers, decentralised exchanges and all the different forms of Decentralization happening in the cryptocurrency space is to remove the power of decisions from the hands of powerful governments. This idea still stands strong and true despite the recent crash in the cryptocurrency market where investors and traders have lost over $1.7 billion.

The need for more democratisation makes it hard, morally, for cryptocurrency exchanges to take definitive stands against Russia. Should they stop crypto transactions to Russia, doesn’t it go against the idea of freedom and fairness that Decentralised Finance promises and upholds? Is it business wise to cut off Russia and Russians from receiving cryptocurrency? How does a move like this affect the market and the business?

These questions, and more, are what cryptocurrency exchanges are dealing with – and it’s understandable. The need for fairness seems to be trampled upon if these exchanges take decisions that marginalise Russians. While it is morally right to stand with Ukraine, because, let’s be honest, the genocide going on in cities in Ukraine is uncalled for. Everyone needs to stand by them, marginalising Russians will defeat the aim of transparency and freedom.

Yes, as mentioned earlier, some exchanges have taken stands, but many others are still playing it safe.

In the words of Przemysklaw Kral, CEO of Zonda, ‘the crypto asset industry should be doing more to demonstrate that it takes the genocide in Ukraine serious.”

Taking a moral fence in a situation as dicey as this is detrimental to the image of these crypto exchanges and to their business. We live in a world where people are more attached to a brand that stands for what is right, and are against those that don’t take firm stands.

The current situation calls for more solidarity from cryptocurrency exchanges, not only for the fact that it increases revenue growth by 14.1% when companies stand with their customers’ moral values, but because it will inscribe their names in the sands of history as business that stood for what was right.

In situations like this, sanctions aren’t against the ideal of Decentralised Finance; it helps to strengthen it and make it better.