Scott Disick and Bachelor’s Corinne Olympios Seen Together in Miami: Are They Dating? 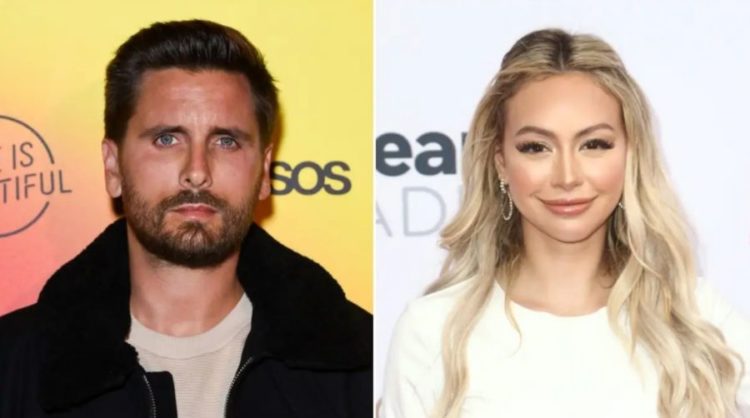 Celebrities in the world have to always remain cautious regarding where they are going and with whom if they don’t want publicity. This is because the Paparazzi are everywhere behind their back; they won’t even realize when they will be photographed in their intimate moment. In fact, this can also lead to the spread of many rumors. If you are active on social media, you must have come across the news that celebrities Scott Disick and Corinne Olympios are dating, right? However, is that news even true or just a rumor?

Well, many of you might be wondering why we are discussing this matter here. According to the fans, the stars are probably dating each other. Today we are going to uncover the real truth in this article. So if you want to know about the present gossip, stay with us until the end. Let us have a look!

Some Significant Details About Scott Disick

Since you are reading this article, it is evident that you are an ardent fan of Scott Disick and Corinne Olympios. Well, you are at the right place as we will share with you all the relevant details regarding their lives. Let us begin with the lead cast member of the famous show Keeping Up With The Kardashians, Scott Disick.

As you already know, Scott Michael Disick is an American media personality and socialite. On May 26th, 1983, he was born in Eastport, New York, United States. Therefore, he is presently 38 years old. In fact, he rose to prominence with his appearances in the popular show Keeping Up With The Kardashians and its spinoffs. Moreover, the popularity of this show helped him get his own show, Flip It Like Disick, on E! Network.

At the same time, Disick gas pursued multiple business ventures apart from starring on reality shows. They include investments in clothing brand Talentless, nightclubs, and running multiple Vitamin companies. Yes, he is pretty famous in the showbiz industry. Disick dated Kourtney Kardashian from 2005 to 2015. In fact, the couple also shares three children. However, in 2015 the couple split. Presently he was seen with Corinne Olympios in Miami, which led to all speculations.

Corinne Olympios was a contestant on Nick Viall’s season of The Bachelor. From this show, she became immensely popular among the present generation. After her stint on The Bachelor, Corinne appeared on Bachelor In Paradise, season 4. However, the makers shut down the show later, leading to her exit. Let us have a look at some more details regarding them down below.

Also read: The Truth About Scott Cawthon And Five Nights at Freddy

What Led To The Speculations of Their Dating?

Many of you might have this question on your minds what might have happened suddenly for such news to crop up. Let us share with you the details. Pretty recently, we could see pics of Scott Disick and Corinne Olympios together at a party in Miami. According to the actors, it was just a friendly outing, and they were not dating each other.

In fact, a source close to Scott revealed that “Nothing serious is going on between Corinne and Scott. They were hanging out with a group that night.” Paparazzi had photographed the couple hanging out with the Bachelor in Paradise alum in Miami on May 7th at an F1 dinner at Papi Streak. Moreover, fans could also see the pair leaving the party in the same car. Olympios was in the backseat while Scott sat in the front.

As per the sources, “Scott was in town for the Grand Prix … and was out and about with his friends.” An insider also added that since Olympios lives in Miami, the pair have friends in common. He also shares good relations with David Einhorn, a partner at Papi Steak with David Grutman. Since Papi Streak was open to the public, they had special events this weekend. This led to many celebrities stopping by. So probably Scott and Olympios came to the event for a similar reason.

What About Scott Disick’s Previous Relationships?

If you are a fan of Disick, you will know that there were rumors of him dating Rebecca Donaldson pretty recently. Needless to say, we could often see the handsome actor with several beautiful celebrities. So when we saw Donalson and Disick having dinner together, we thought that probably something was going on between them. This was in early April, shortly after his ex Kourtney Kardashian exchanged vows with Travis Barker in a Vegas ceremony.

At the same time, Donaldson also went with Disick to the Los Angeles premiere of Hulu’s The Kardashians. “So far, it’s going well. He’s very attracted to her,” according to an insider. “Him introducing her to the family and having her at the Kardashians premiere meant a lot to him. It’s still a new relationship, and he’s taking it day by day.” Scott is probably taking his time, and he will approach at the right moment.

Presently Disick is “looking for the right person to settle down with,” but he “just hasn’t found her yet. According to the sources, he wants to be in a serious relationship just like most of his exes are. We are yet to see whom he chooses as his life partner.

How is Scott’s Relationship with His Children?

As we mentioned earlier, Disick shares three children with his ex Kourtney Kardashian, so you must wonder if he maintains a good relationship with them as their father. Yes, Disick is highly concerned regarding the well-being of his children. Even though he is about to engage in a new relationship, he has made it a point never to neglect his children.

He might share a cordial relationship with Kourtney’s present partner; however, he adores his kids and would do anything to make them happy. The insider also mentions that it feels as if Kourtney was the one who got away; Scott is probably finding it difficult to accept the fact that she will marry someone else soon. Moreover, he feels like he probably won’t find anyone like Kourtney, and therefore, it will take time for him to accept the present situation fully.

So as we conclude, we can say that Scott Disick might be seen with several celebrities; however, it does not necessarily mean he is dating that person. As per the sources, he is presently looking for the love of his life. At the same time, he is also a doting dad. We hope he can soon find someone like that in his life with whom he can find true love and happiness.