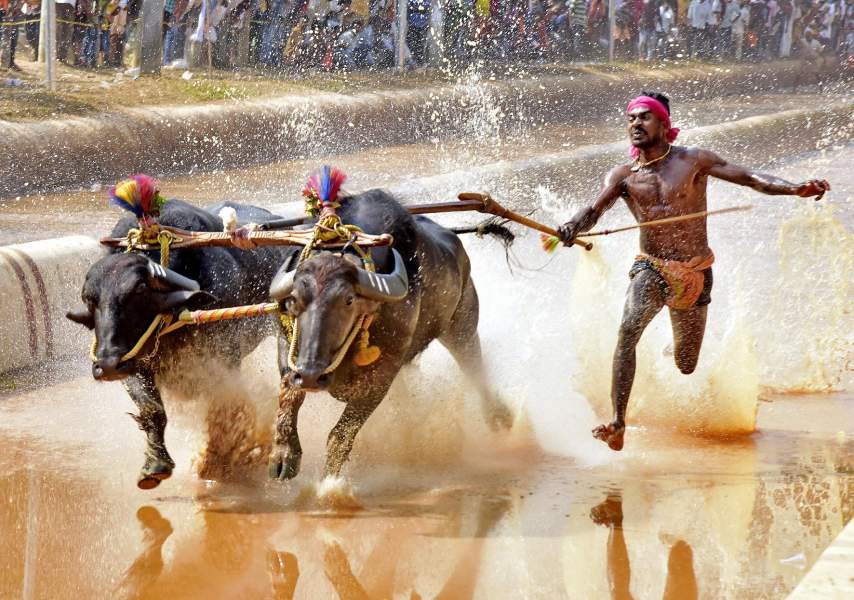 Since so many days this man Srinivasa Gowda has been coming in the news. Well, this name doesn’t need any introduction right now. As people have started comparing him with India’s Usain Bolt after getting to know about his potential. He was even expected to appear for trials for a track event at Sports Authority of India (SAI) in Bengaluru, Gowda has said he is not interested in the trials and will focus on Kambala only as of now. After knowing about him, Shashi Tharoor has highlighted him in a tweet calling him faster than Usain Bolt.

Well, that’s very surprising……Have a look at what Shashi Tharoor has tweeted

Faster Than Usain Bolt? Karnataka Man Running With Buffaloes Covers 100 Metres in Just 9.55 Seconds. I urge the Athletics Association of India to take this man under their wing & make an Olympic champion of him. Wonder how many hidden talents we have! https://t.co/G7jPE2zIng

He tweeted, “Faster Than Usain Bolt? Karnataka Man Running With Buffaloes Covers 100 Metres in Just 9.55 Seconds. I urge the Athletics Association of India to take this man under their wing & make an Olympic champion of him. Wonder how many hidden talents we have”.

Srinivasa is a Kambala Jockey

#WATCH – Srinivasa Gowda from Karnataka ran 100m in 9.55 seconds at a “Kambala” (buffalo race). He was faster than Usain Bolt who took 9.58 seconds to create a world record. pic.twitter.com/rrbf3lxnpn

Kambala is a buffalo race where one needs to run with the buffalo. Srinivasa is a Kambala Jockey and he achieved this feat on February 1 and has been doing this for 7 years.

Well, experts believe that there is a huge difference between running on tracks and muddy fields. The president of the Kambala Academy where Gowda was trained also denied comparing him to Bolt due to lack of accurate timings. While talking to TOI, he said,

“We are proud of him. In the 11 Kambalas held this season, he has won 32 prizes. We will not compare him to Usain Bolt because we cannot vouch for the accuracy of timings”.

Gowda is also surprised to receive such response

Even Gowda is surprised at how people are responding to him. He gave all the credit to his buffaloes.

“I love Kambala. The credit of my success should also go to my two buffalos. They ran very well. I chased them or drove them”.

Not easy to compare Bolt and Gowda together

It’s not easy to equate a race with buffaloes to that of one involving humans. So do the comparison between them is also not easy as both are different. But Gowda is giving the tough competition to Bolt.

Even Gowda himself agrees to the fact that Bolt is a world-class athlete and he was nowhere in comparison. And that’s true.

Also read: Karnataka Orange Seller Has Been Honoured By Padma Shri Award For Educating Children In His Village

While people have understood that there is a huge difference between his and Bolt’s run, they have shared the video on social media platforms asking the government to take note of his talent.

Do you know Kambala sport was banned a few years ago because of the cruelty inflicted on the buffaloes, but after some time the ban was lifted after passing the special legislation?

Also read: 6 Teachers Who Gave Up Their Dreams To Make The Life of Underprivileged Children