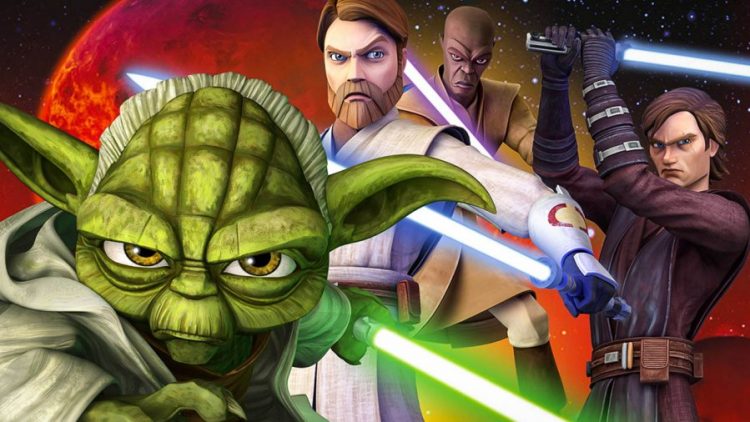 Star Wars movies and series are going to hit the theatres soon and many are waiting for it to happen. Already the fans are ready with their story assumptions. That is why here are eight Star Wars stories we want to see on the big screen. These are some of the unexplored parts of Star Wars history that the fans want to see on the screen. These excellent stories can become another great movie in the Star Wars franchise. Here have a look at the eight stories that can become a good movie.

1. Shadows of the Empire

This was a multimedia project by Lucas Films developed in 1996. There was an idea to create a story that happens in the middle of The Empire Strikes Back and Return of the Jedi. The company also explored all the commercial possibilities of making this into a film. Also based on this many projects got released such as the novel, comic book series, role-playing video games and more.

The story of this project will deal with Rebel ally Dash Rendar who will help the heroes to free frozen Han Solo from the clutches of Boba Fett. At the same time, Darth Vader searches for his son Luke Skywalker.

2. Heir to the Empire

Heir to the Empire storyline in Star Wars released as a novel written by Timothy Zahn. Also, it is the first instalment of the Star Wars: The Thrawn Trilogy. Although the first Star Wars films were a great saga, the Lucasfilm Ltd wanted to continue the story. So this novel was the story of Luke Skywalker, Princess Leia, Han Solo. The time of the story was set five years after the completion of Return of the Jedi: the Rebel Alliance that destroyed Death Star, Dar Vader and the Emperor.

Also in this story, Leia and Han Solo are married and are managing the government of the new Republic. Then Luke Sky Walker is the only hope for the line of Jedi Knights.

3. Tales From the Mos Eisley Cantina

This is an anthology of the short stories part of the Star Wars universe. There are a lot of great contents in the stories to make a movie. Mostly it is based on the characters in Mos Eisley cantina a bar filled with aliens. A few scenes about the war were shown in the film 1977 Star Wars film. All of these aliens are fun-filled characters and they have an impact on the Star Wars Universe even more, than we can imagine. That is why the fans of this particular short story want to have a movie based on it.

4. Legacy of the Force

This is a series containing nine novels set in Star Wars expanded universe. This takes place forty years after the Star Wars Episode IV: A New Hope. Also, the series picks up eleven years after events in the New Jedi Order saga. The novels described some of the important movements in Star Wars such as Betrayal, Bloodlines, Tempest and Exile. In 2015 a short film based on the novels got made.

But the fans want to know more about this so they wishing for a full-fledged movie. Further, some of the events in this novel inspired Star Wars: The Force Awakens 2015. Therefore there is a lot of scope for this material as it fits to be made into a film.

Jabba the Hutt is one of the powerful gangsters in the Star Wars Universe. He has a good reach in politics and also with criminals. Even Han Solo knows that it is not good to mess with Jabba. That is why there is a separate fan base for Jabba the Hutt. With Jabba, there is a readymade script for a good Star Wars gangster movie.

Although he tried to remain neutral in the clone wars many wanted him by their side. This is because he has lots of influence. He also often tells that he eats people but we do not know if he eats them or not. But he and his vengeful ways can become a good storyline.

It is the first part of the X-Wing series of novels. The book describes the re-creation of Rogue Squadron by Wedge Antilles. Then it also contains the events of the First and Second Battles of Borleias. The X-Wing fighters are a fearless lot. They are a group of bold men and women who battle across the vast space. Their main mission is to defend the rebel alliance against the imperial foe. So this action-packed story will be a great thing to see on the screen.

7. Knights of the Old Republic

This is an RPG video game series but it is based on a comic series. This game allowed the player to choose the light or the dark side. Then several of the stories go depending on some of the decisions taken by the player. This game takes place Four thousand years before the rise of the Galactic Empire. During this time the Republic verges on collapse.

Also, Darth Malak who is the last surviving follower of Dark Lord Revan unleashes Sith armada on the galaxy. The Jedi Knights become scattered but they try to stop him.

Admiral Thrawn is one of the dangerous and tactical villains of the Star Wars Universe. The brainy Admiral takes over the Imperial fleets after the death of the Emperor with ease. His character was first introduced by Timothy Zahn in the 1991 novel Heir to the Empire. Further he has faced all the classic heroes of the Star Wars such as Luke Skywalker, Han Solo, Chewbacca, Princess Leia and more.

His backstory is only explored in comics and novels. But the fans want to see Admiral Thrawn on the screen. There are also rumours about Benedict Cumberbatch opted to act as Admiral Thrawn but we do not know for sure.

These are the eight Star Wars stories that the fans want to see on the big screen. Enjoy contemplating on the possible Star War movies because it may come true.

Also read: 10 On-Screen Kisses That were Not Planned or Scripted