Why did Tana Mongeau Quit Reality House Season 3 in The First Episode? 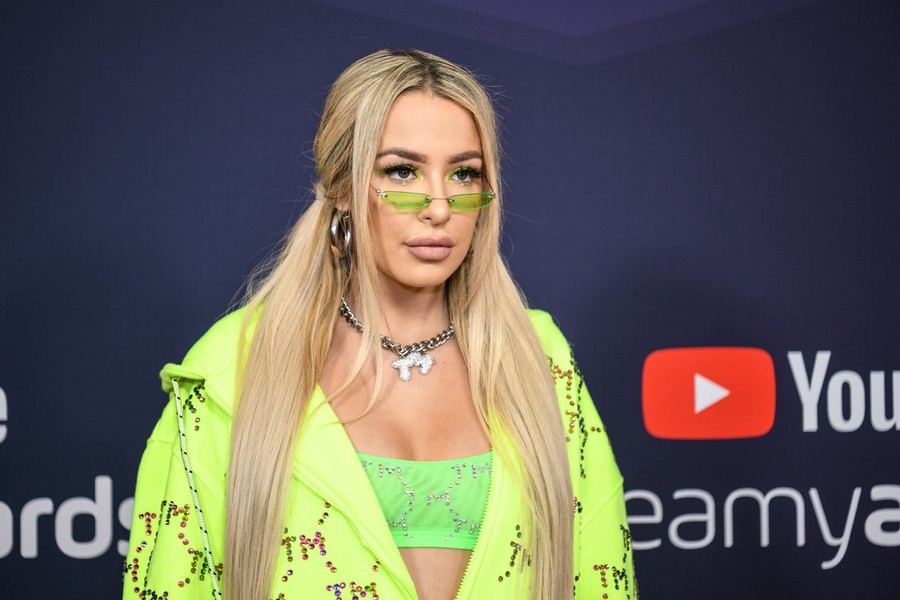 The popular American internet personality Tana Mongeau has quit the first episode of season 3 of Reality House. It is a popular Youtube reality show. Because of that Tama Mongeau has got in the headlines and many are talking about her on social media. If you want to know why she quit the show then you are in the right place. The decision for her to go from the show is shocking. She did not perform the challenge in the show because she did not want to ruin her nails! Yes, this was the reason.

She quit the show because she cannot ruin her $500 worth of manicures. Find out about the hilarious and dramatic Tana Mongeau here.

Who is Tana Mongeau?

Tana Mongeau did not get evicted from Reality House Season 3. She decided to quit the show. Meanwhile, it has disappointed her fellow contestants and her fans. Mongeau is a famous internet personality who is well known for her “storytime” videos on Youtube. She is twenty-three years old. The names of her parents are Rick and Rebecca. She is from Las Vegas, Nevada.

Further, in one of the shows titled MTV No Filter: Tana Turns 21, she revealed that her parents did not have any parenting skills which is the reason why she had a strained childhood.

Why is Tana Mongeau popular?

The most famous videos of Mongeau are “storytime” videos. In 2017 she posted on her Snapchat account that she was investigated by the FBI after somebody hacked her email. Then in the same year, she posted a video on Youtube titled “The N Word”. This video received 7 million views. She also has released a debut single that featured Bella Thorne.

In 2018 Tana Mongeau revealed that she is hosting her convention TanaCon.  But this event was not a great success. Then she appeared in several shows and also released songs.

Also read: 90 Day Fiance Couples That are Still Together

What happened in Reality House Season 3?

Tana Mongeau walked out of the show for a simple reason. She was not able to perform the task because she feared that it will ruin her nails. The first challenge of the show required contestants to climb a 25-foot-tall rock wall. The first one to climb the wall is the winner. Most of the contestants on the show accepted the challenge and climbed the wall. Some faced difficulty but yet they tried to finish the task.

But Tana simply refused to take part in the task. Her fellow contestants encouraged her to do it.  But refused to participate and adamantly said that she can’t rock climb. Also, she never thought that the first challenge itself will be so physical.

Some of the notable contestants of the Youtube show are Bryce Hall, Peter Vigilante, and lavaxgrl.

This video went viral and many netizens started to share negative comments about Tana Mongeau. They bashed her for wasting the opportunity. They said that she took the reality show for granted. Therefore, this incident did not turn out well for Tana Mongeau. Now she must work hard to make everything right.

Who is Tana Mongeau dating?

Mongeau is openly bisexual. At the beginning of her career on YouTube, she was dating Somer Hollingsworth. He appeared in many of her vlogs and the couple was famous. But in 2017 they had a public breakup. From 2017 to 2019 she was in a relationship with Bella Thorne. They were in a throuple relationship with singer Mod Sun. Then for some time, she dated Brad Sousa.

From 2019 she dated the famous Youtube Jake Paul. Then after him, she had a short fling with rapper Lil Xan. When he cheated on her with Noah Cyrus she moved on.

Further in 2019, she revealed that she got engaged to Jake Paul and is going to marry him. They had a wedding ceremony at Graffiti Mansion in Las Vegas. But later she admitted that her wedding with Paul was not legal. But she shared that she loves Paul and changed her name to Tana Paul in all her social media pages. However many people believe that this marriage was just a publicity stunt.

At the beginning of 2020, it seemed that her relationship with Paul was over. She was with Mod Sun and they spent the quarantine together. Then Tana was rumored to be dating Francesca Farago. But everything ended when they both feuded on social media when Mongeau posted a TikTok with Francesca’s ex, Harry Jowsey.

What is the Net Worth of Tana Mongeau?

As of 2021, the networth of Tana Mongeau is $4 million. Many of her plans did not succeed like her podcast and convention but still, she is earning a lot of money through her Youtube career.  She has over 5 million subscribers. She may receive anywhere from $3,300 to $52,700, per month for her videos. Now she also has released singles and is trying to break into the singing industry.

Tama Monguea is a popular personality. But she has disappointed her fans by her impulsive decision by quitting a good show.

You may also read: Outer Banks Season 3: Will We See Sarah Cameron in The New Season?