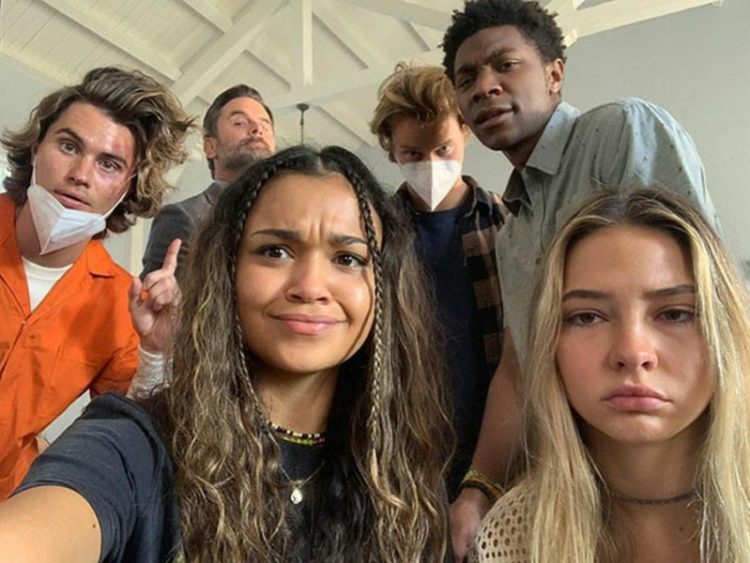 The Outer Banks series is dominating Netflix views now. Season 2 of Outer Banks premiered in late July and appealed to the viewers. But it is yet unclear whether the Outer Banks will get season 3. Many want to know what happens to Sarah Cameron. So they are eagerly waiting for season 3. The role of Sarah Cameron is played by actor Madelyn Cline and Chase Stokes portrayed as John B. Routledge. They are real-life couples now. Also, they are waiting for how their characters will turn out in the future. Here you can find all the details of Outer Banks Season 3.

What happens to Sarah Cameron in Outer Banks Season 2?

In season 2 Sarah Cameron has seen it all. She now knows that her evil dad Ward is the one who framed her love interest John B. for murder. Her dad also stole the treasure which she and her friends spent the season trying to find. Ward expected his daughter to go along with the family business and the treachery. But Sarah was not having it. That is why her life is in danger. But did Sarah die in Outer Banks season 2?

Season 2 of Outer Banks began where season 1 left off. Sarah and John B. journeyed to the Bahamas to retrieve their stolen gold. At first, the couple was able to prevent Ward and Sarah’s brother Rafe from acquiring $400 million worth of treasure. But the situation took a worse turn when Rafe accidentally shot Sarah.

As Sarah and John B. are fugitives they cannot go to a hospital to get treatment. So John B. takes her to his friend Terrance’s doctor. But he is not a doctor, he asks John B. $4,000 to treat Sarah’s wound in his kitchen. Sarah experiences a cardiac arrest during the recovery.

In this scene, Sarah’s heart stops for a while but not for long. The doctor insists that she has lost lots of blood. But her boyfriend John B. performs CPR on her to bring her back to life. Also while doing it he screams that he loves her. Then surprisingly Sarah comes back to life.

In season 2 Sarah Cameron again had a brush with death. Her brother Rafe attempts to drown her. Then at the season’s finale, her family members kidnap her and drug her. Her father after knowing that Sarah will never be on his side attempts to strangle her in a terrible moment. But she escapes with John B. and their friends. This made Ward determined more than ever to bring down the Pogues.

Are John B. and Sarah Together Season 3?

John B. and Sarah Cameron is a great couple. They are supportive of each other even when they face bad consequences. Stokes shared that John B. has come to think of Sarah as his lifeline. He tends to cling to people as his dad is gone.

Therefore he wants to keep Sarah around him always. They are young people in love but they are serious about what they feel for each other. Although John B. does not have much stability in his life he has found some with Sarah Cameron.

Many fans want Sarah Cameron and John B. to marry. Young love can work for some people. Therefore the marriage between Sarah and John B. is great news. Madelyn Cline shared that their characters are not young to marry. Cline added that love is love and it can come at any age. He revealed that he has seen couples who married at 16 are now in their 80s. They are wildly in love with each other.

Further, there is an expectation of Sarah and John B. getting married in season 3. Both actors Cline and Stokes shared that they are waiting for their characters to get married. It will be really fun to watch the young married couple. But still, they don’t know much about each other. They have gone through a lot but they have to learn some things before getting married.

What are the ground rules laid by Madelyn Cline and Chase Stokes?

Cline and Stokes met during the filming of Outer Banks. But they became a couple in 2020. It was hard for them as boyfriend and girlfriend to act in the Outer Banks. So they laid some ground roles before filming season 2. They made sure that they will not bring their personal life to work. They will stay professional. Cline said that her work was important for her and also for Stokes. So they decided that they will not do anything that will distract their castmates. This is what she respects about their relationship.

Stokes and Cline are blessed to work together in the Outer Banks. They are obsessed with their jobs. So it was a bonus for them to work in the same show. Stokes revealed in an interview that “To go to work with your partner and to go work on a project that you kind of have always dreamed of doing … is super exciting”.

What are the plot expectations of Outer Banks season 3?

If the series Outer Banks get renewed for season 3 we can expect lots of twists and turns. The war between Cameron and Pogues will continue and will get even more serious. They will continue to find the treasure. Also in season 2 Ward faked his death and is living out of the radar. In season 3 Ward will play a pivotal role plotting against John B. and Sarah Cameron.

But the biggest question in season 3 will be why Big John is back. There is a hint that he knows where Denmark’s Cross is. But he was half-dead. We have to wait and see what impact he will have. In season 3 John B.’s relationship with his father will also be an important plot. As his dad is back he will try to reconcile with his dad whom he thought was dead. Pogues will also be back for the hunt for gold.

In season 3 hopefully, there will be more news about Cameron and John B.’s marriage.

Outer Banks season 3 will release soon and will offer us a plot that is interesting and filled with adventure. We will get again to see the sweethearts John B. and Sarah Cameron again.