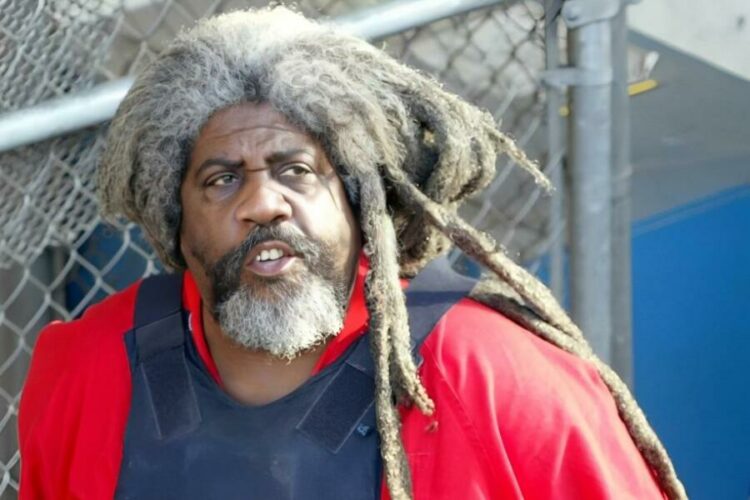 Born on August 22, 1946, in Kansas, Marcus Wesson was the eldest son of Benjamin and Carrie Wesson.

Benjamin Wesson was a sexually crazy, abusive drinker with difficulty finding a job. Benjamin would flirt with his kids. According to a family friend, Benjamin gave him $50 for oral sex when he was a boy. Benjamin eventually ran away from home with a young male relative to San Jose, California.

The Seventh-day Adventist church was the foundation for Carrie Wesson’s religious upbringing. She would spank her children with an extension cord for refusing to attend daily bible lessons.

Playing the preacher was Wesson’s favorite game as a youngster. Wesson eventually quit school to join the military, where he got a European job. After getting released from the Vietnam War on good terms, he soon started dating Rosemary Solorio.

When Solorio first met Wesson, she was married; hence, she and her kids ended the marriage and settled in with Wesson. Solorio gave birth to Wesson’s first child in 1971. Meanwhile, Wesson was also building a connection with Elizabeth, Solorio’s daughter.

Elizabeth has heard from Marcus Wesson that God chose her to be his bride.

Elizabeth, who was just 8 years old, wed Wesson, 27, in a private ceremony. Four years later, Wesson started abusing her sexually. Elizabeth married Wesson in a legal ceremony when she was 15 years old, and four months later, they welcomed their first child. 10 more children would be born to her, 5 boys and 4 girls, all of them were fathered by Wesson (one child died in infancy). Because of her drug addiction, Rosemary could not care for her seven children from a previous marriage. 16 kids are living with Wesson after she left her kids with him.

Marcus Wesson struggled to maintain a stable job. The older kids would work and pay Wesson their entire wages. To find food, the kids had to search through trash bins. The court found Wesson guilty in 1989 of perjury and welfare fraud.

Elizabeth suffered severe abuse at the hands of Wesson, who also barred her from becoming involved in the children’s upbringing. She took a highly subordinate position in the household instead.

Marcus Wesson’s Brutality to His Children

Since Marcus Wesson prohibited the kids from attending public school. So, Elizabeth taught them at home using a handwritten bible that emphasized the vampire nature of Jesus Christ. He also instructed his children to address him as “Master” or “Lord” and that he was God. Additionally, he told his children that Armageddon was near and that he would one day marry every girl.

Wesson was concerned that the boys and girls might start having sexual feelings for one another. Therefore he kept them apart from one another. For several months, he confined the girls on a houseboat. At the same time, the boys stayed in a cabin in a densely wooded region. Wesson would retain the females for his benefit; they would wash his hair, scratch his belly and armpits, and perform any other request he made.

Marcus Wesson married his two daughters and three nieces in private ceremonies when they were 8 or 9 years old after sexually abusing them. Wesson slowly abused them, calling his rapes “lovely” and telling them it was the “fatherly” way to express affection for them. The result of incestuous relationships would be the pregnancies of five girls. With seven different women, five of whom were his spouses. Wesson fathered up to 18 children. Wesson would cite relevant biblical verses to defend his many wives. He encouraged rivalry because he enjoyed seeing the females’ jealousy of one another.

Ruby, one of Wesson’s kids, decided to leave home at 22. Sofina, her sister, followed her. After leaving, the girls came to terms with the fact that the life they had been leading was abnormal; they felt incensed and worried about the family’s younger members.

Several of Wesson’s relatives, notably Ruby and Sofina, revolted against him on March 12, 2004, calling for the children’s release. The girls were aware that this would be challenging. Wesson warned them earlier that if they fled, they would have to leave their kids behind.

Police from Fresno arrived at the Wesson home to resolve the custody issue. Ruby and Sofina’s sisters called them “whores” and “bitches”. One even advised Ruby to “bend down to her lord.”

Before the police took his children away, Wesson told the authorities that he wanted to say goodbye to them. After more gunshots were heard, he vanished inside the home. After 80 minutes, Wesson left the residence wearing clothes covered in blood. As officers raced inside looking for kids, they took Wesson into custody.

Eloy Escareno, an officer, entered the home searching for the kids. He discovered a row of mahogany coffins against the wall in the main room. He went further down the corridor and around the house’s back. A hazy mass on the floor when he opened the closed door.

Bodies of Infants, women, and kids were lying on the floor—a total of 9 bodies piled up there.

Charges Imposed on Marcus Wesson: On a Wrap

The court found Marcus Wesson guilty of nine charges of first-degree murder as well as 14 counts of raping and molestation of his minor nieces and daughters by the court.

The gun did not have Wesson’s fingerprints, but he was ultimately charged with the murders because he had raised his kids to kill and be killed. According to Wesson’s attorney, Sebrenah killed the kids first, then turned the gun on herself. He claimed she liked guns and always had army paint in her handbag.

Judge R.L. Punam agreed with the jury’s recommendation to hang the defendant. For sexually abusing his daughters and nephews, he got a 102-year prison term.

In Fresno, California, Marcus Wesson is currently on death row.