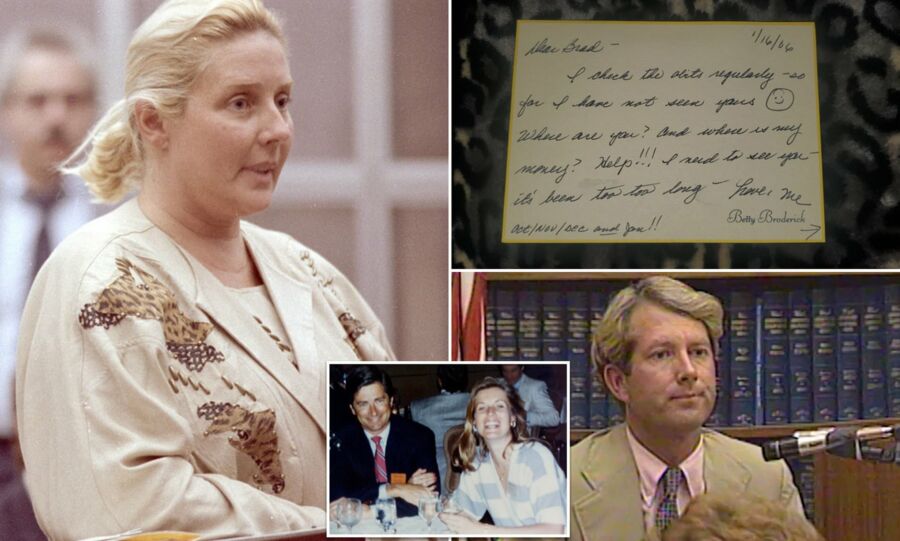 Linda Broderick was found dead in her house with her husband, Daniel Broderick in 1989. She is the second wife of Daniel. The couple was enjoying their new life. When examining the corpse, cops find Linda Broderick pregnant. Immediately after this incident, cops reach out to Betty Broderick. Revenge and jealousy caused the death of Linda. Betty is no other than the first wife of Daniel. Getting a divorce from Daniel did not stop Betty from going after his life.

Daniel not only betrays Betty in their marriage life but also takes away her children. He left her with nothing but jealousy. Linda Broderick becomes a victim of Betty’s aggression.

Let us see the life of Linda Broderick and her unfortunate death.

The chilling story of Linda Broderick’s murder did not miss the media’s attention. The double and aggressive homicide of Betty makes headlines everywhere. There is a Netflix story based on this true story known as Dirty John. It is a series that shines a light on murderer Betty and her side of the story. But, it shows many details about Linda Broderick and her meeting with Daniel.

The Netflix series shows Betty Broderick’s psychological issues. The show also features the intense divorce battle between Betty and her human. She claims that Daniel cheated on her. Also, has does not provide the right share of alimony after betraying and divorce. In 1991 there is also a report of Bettie saying that he took away my home and children too.

Daniel, on his part, did wrong to his then-wife by cheating on her. He did not have any concern for Betty. All he cared about was her looks. Even though patience could have helped Betty get justice, she chooses the crooked way of killing her husband and Linda Broderick. Ultimately, she is just a cold murderer of her ex-husband and his wife.

30 years have passed after Linda Broderick’s murder. Betty is now 73 years old and behind bars for the rest of her life. There is no parole for Betty after much effort. There are two paroles that the court denies. At 83 years, Betty can ask for another parole from the court.

According to the district deputy, Betty is an unrepentant woman. The investigators see no change in her. She did not repent over her murder. There is no remorse or slightest guilt on her part. Betty thinks that cops are dragging her over these things. In one interview, Betty says it is a domestic abuse case. She says that she killed the abuser and his wife due to years of abuse.

Also read: Dan Broderick: The Ugly Past That Kills Him and His New Wife

The denial of two paroles for Betty

Betty claims that the court denies her parole for no reason. Further, her justification of the crime is far worse than murder. Her children make visits to the prison to see Betty. Also, they are split in their decision on whether she should get it.

Betty’s children are mindful of what their mother has committed. They say their mother is a good person, but she has lost him over time. Releasing a person who has lost their mind is a danger. Also, her son says that his mother keeps on justifying. For these reasons, Betty’s children do not find that Betty getting parole is not a good idea.

Linda Broderick was pregnant before the murder

Linda and Daniel just started their lives after their marriage. They did have some fear that Betty would disturb their lives. However, the couple did not want it to ruin their life, but they did take a few safety measures to stay away from Betty. However, Betty could not control herself from coming up in their life.  There are many instances in which Betty Broderick has threatened the couple. When Daniel starts to enjoy his new life, Betty becomes worse due to her mental issues. She was unstable and dangerous to the people around her. One time the cops caught her wandering around Daniel’s house with a knife.

Further, she also crashed her car in front of Linda’s house. After the death of Daniel and Linda death by Betty, the investigators found a shocking detail. Linda always wanted to have children. Daniel, with Betty has five children. However, in his new marriage, he did not have any kids. However, after death autopsy of Linda Broderick shows that she was pregnant.

The fact that Linda Broderick is pregnant and the child dies after she gets shot by Betty is a shocking twist. Betty Broderick killed not only two lives but another innocent life that did not even get to see the world.

Punishment for Betty for murdering Linda

After cops found Linda and Daniel dead, they directly search Betty. After the murder, she went to the cops herself to reveal the crime. Betty goes into their bedroom of Linda. Due to some sound, Linda wakes up. She shouts for help. Linda knew that Betty had been hunting them for a long time. Linda also saw a gun in Betty’s hand.

Betty shoots at her brutally to stop Linda from shouting and executing her plan. Betty had plenty of cover stories for her crime. She comes up with abuse and self-defense, but the jury does not buy her story. A lifetime prison sentence is a punishment Betty receives for her crime.

What is Betty Broderick doing after Linda’s murder?

In 2010, 2011, and 2017 Betty appeared in court for the request for parole. At all these times, the court denies her parole. At one of the hearings, she accepts killing two wonderful people. Even then, her parole was denied by the cops. The investigators saw that Betty was different behind bars and on parole.

Many media channels approach Betty to ask for her details about the murder. However, Betty, now 73 years old, does not reveal details about it to the public. There is no true guilt on Betty’s part that makes the court deny her parole continuously.

Betty Broderick connects with her children, who visit her at the prison. Further, Linda Broderick’s death even now shakes most of the family members. Linda wanted to live a full life with her husband and children. However, people still talk about her unfortunate death and getting tangled in her husband’s ex-marriage feud.

Also read: Linda Kolkena: The Bride of Dan Broderick Who Lost Her Life to The Ex-wife