Dan Broderick: The Ugly Past That Kills Him and His New Wife 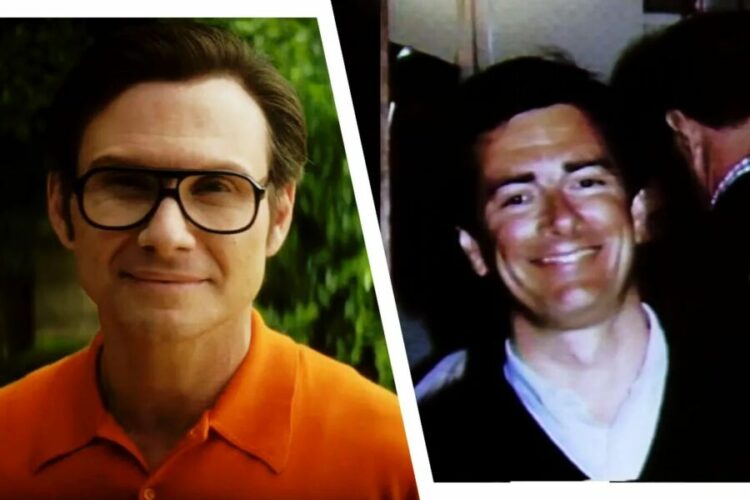 Dan Broderick enjoyed his new life with Linda Kolkena until a tragic incident. Linda is Dan’s second marriage partner. Betty Broderick is the first wife of Dan but they got divorced. The love between Dan and Linda is the reason for the end of his first marriage. Jealous wife Betty could not tolerate Dan cheating on her so she shoots both Dan and Linda putting them to death. This murder took two lives who dreamed to start a new family.

Linda and Dan are both successful in their career. Dan Broderick is a lawyer and Linda starts to work as a secretary for him in 1983. Nov 1989 is the year when Betty Broderick out of jealousy shot the couple at their bed. This murder case now features on Netflix as the Dirty John series. This helps the public to take a closer look at this story.

Let us see more about Dan Broderick and his murder by his ex-wife Betty.

The inside story of Dan and Linda’s relationship

Born on 1962 Linda Kolkena is from Salt City Lake, Utah. She grew up with her parents and four sisters. Her catholic Danish parents are immigrants who came to Utah in search of a better job. At 11 years of age, Linda faces some tough times in her life. Linda’s mother did not live longer due to cancer. Her father soon thought to remarry when Linda was 11 years. It was hard for a Kolkena woman to study or get a job. The strict household only prayed that the woman becomes a housewife. Even after these many restrictions, Linda manages to get a job in the airline.

Now to get a better Job Linda travels to Atlanta. Here she meets the love of her life Dan who is a lawyer in the attorney firm. Linda was 21 years when meeting Dan. At that time Dan Broderick was still married to Betty. Betty Broderick the murderer and ex-wife of Dan was supportive of him her whole life. She is the one who helped Dan to get into law and medical school. Further, all the help of Betty was worth it as Dan Broderick was a millionaire. After finishing law school he started earning more than a million a year.

Further, through his income, he owns a ski boat, country club, corvette, La mansion and other luxuries. Betty Broderick was behind all the success of their ex-husband, Dan. However, the marriage life of Betty and Dan began to strain over time. Betty also overheard Dan talking about his beautiful secretary Linda on the phone.

Dan Broderick also makes Linda his assistant even though she does not qualify for the role. Dan Broderick without caring for his family went away on lunch dates with his new fling. Dan was cheating on his wife but denied the affair when Betty asked about it. The members in Dan’s office also start talking about how Linda looks like the younger version of Betty. After knowing about the affair Betty could not control her jealousy. She even put her husband’s clothes on fire to seek revenge.

Dan Broderick thought about getting a divorce from his wife Betty to start a new life with Linda. Also, Dan and Linda move to a new house in 1984. All the troubles start when the couple starts living together. Betty could not tolerate Dan’s relationship with Linda so she break-ins to disturb the couple.

Once Betty even spray-painted the bedroom out of rage when Dan files for a restraining order Betty starts to leave negative messages on the answering machine. Betty also thinks that Linda is teasing her by sending wrinkle cream. In 1986 Dan and Betty officially separate through a divorce. The court ordered that Dan will get custody of the kids which made Betty angry. Further, Dan was to give allowance for Betty to take care of herself.

However, after this incident, Betty crashed her car in Dan’s new house. Betty having a knife in her hand makes the incident scarier. Betty may have killed her husband in that incident. However, due to this murder attempt, she had to spend 72 hours in psychiatric care. Still, Dan Broderick wanted to forget this all to start a new life with Linda.

Due to this, he proposes to Linda. The couple was feeling great about their dream wedding. Further, the couple did not want to take any risks at their wedding. Due to this Linda advises her husband to wear a bulletproof vest at the time of the wedding. Even though Dan did not agree to this he did put high security at their wedding venue. The wedding and their honeymoon went as they planned it but not until six months when they get shot.

The night of Dan Broderick and Linda Konkela murder

The Murder by Betty Broderick is cold as she planned everything. On 1989 Betty plans to sneak into Dan’s house with the spare key from her daughter. She went to their bedroom with the 38 caliber gun when Linda caught Betty sneaking in. when Linda starts to scream Betty shoots her five times the bullet penetrated her head which puts Linda to death. Moreover, now Betty wanted to take her lifetime revenge on Dan. She shot him in the lung before dying her husband told her ok you shot me.

When ran outside the police grabbed hold of Betty Broderick after murdering her ex-husband and his wife. The trial of this case began in 1990 when Betty tried to cover up for herself saying she went there only to shoot herself. However, the past blackmails show that Betty went into their house to murder them. The motive was strong for Betty to commit this murder.

Her jealousy stirred her to commit this horrendous Crime. As for Betty, she is paying the cost by spending the rest of her life in prison. The story of Dan Broderick and Linda Konkela comes to a tragic end. Dan Broderick did cheat on his wife with another woman but Betty Broderick did not have any right to take their life. This tragic story remains a lesson for people in that town.

Also read: How Long were Linda Kolkena and Dan Broderick Together?