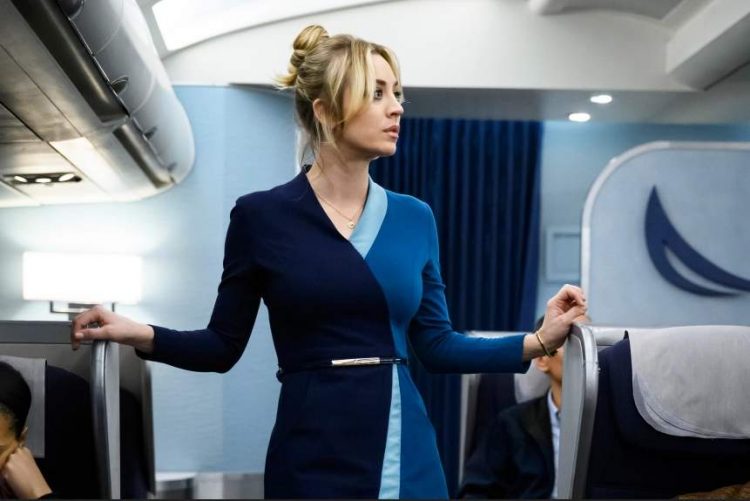 The Flight Attendant is a popular television series based on the novel written by Chris Bohjalian. It released in HBO Max on November 26, 2020. On 2020 the series got renewed for he Flight Attendant season 2 so many are eagerly waiting for it. The first season’s end was satisfactory but many want to know happens next in this interesting series. Therefore know all the details about it here.

Casey Bloys HBO Max chief content officer shared in a press release about the renewal of the series. He also said that the team is happy about the reception they have got. But we do not know when the Flight Attendant season 2 will release. So we have to wait and see. We can assume that it will release at the end of 2021 or in 2022.

What happened in he Flight Attendant season 1?

The story is about an American attendant Cassie Bowden who is a careless alcoholic who spends her life drinking and having sex with strangers. Then one night she wakes up in a room in Bangkok. But the man she hooked up for the night is dead beside her on the bed. However, she gets afraid to call the police so she continues as if nothing has happened.

Then when she comes back to New York City she meets FBI agents who question her about the events in Bangkok. However, she does not remember anything that happened on the night and decides to find out who the killer is.

In the first season Cassie finds out who the killer is and the murderer is a person whom Cassie knows intimately. She joins forces with Miranda and confronts the killer. Her many bad decisions in life end in the first season. She also becomes close with her family and friends again. Moreover, she also gives up drinking but she knows that it is hard to always remain sober. So the end is satisfactory on all sides.

What will happen in season 2?

he Flight Attendant Season 2 will have new adventures for Cassie. In the first season, we found out that her co-worker Shane is actually a CIA agent. He also tells her the good news that she herself has got recruited by the CIA. So Cassie may get involved in solving some cases. So the season 2 may not have a straight continuation from season 1 as Cassie’s life will change in season 2. Some of the old characters may also come back to create problems for Cassie.

Kaley Cuoco will return to play as Cassie Bowden. She will accept her new job as a CIA agent and will work on many cases. Then Griffin Matthews will come back as Shane Evans who got revealed to be a CIA agent. Michelle Gomez may also come back to play as Miranda Croft. Furthermore, we can expect some new cast members too.

The Flight Attendant will come back to impress the audience with an exciting plot in season 2. Get ready to watch it.